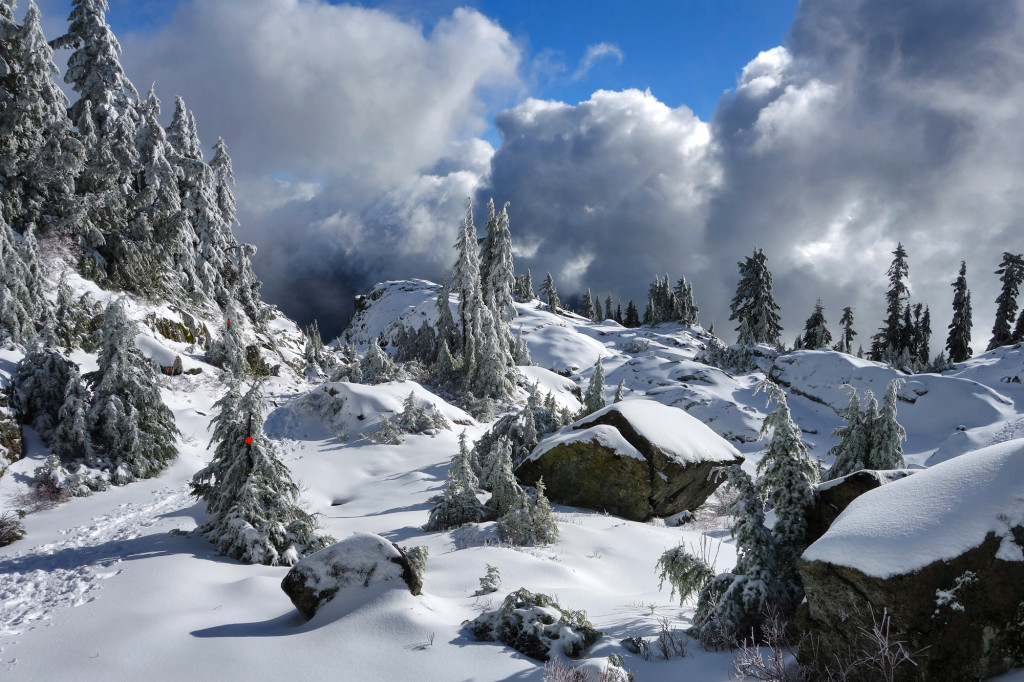 I assume everyone’s caught up with the good news we’ve had lately, there’s a bunch of snow accumulation in the mountains. Ryan and I planned to get out somewhere on Remembrance Day, we decided to stay nearby and head up First Pump on Mt. Seymour. This is a local hike in the Mount Seymour Provincial Park, located in the North Shore mountains. The trail gives you quick access to alpine and great views of Vancouver and the surrounding mountains. 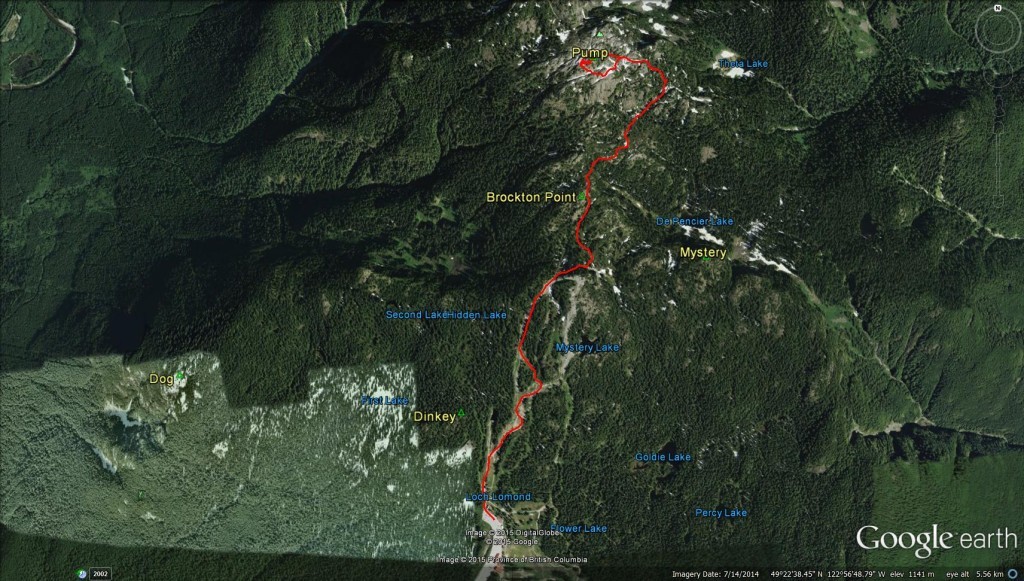 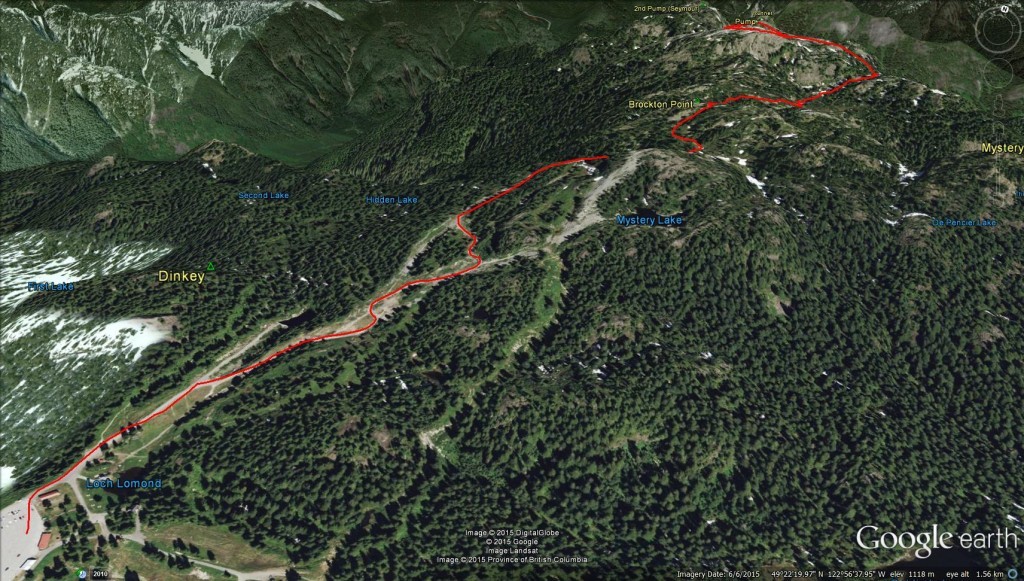 On our drive up to Seymour on Wednesday morning, we started seeing patches of snow a few kilometers before the lot. We reached the Seymour parking lot in the mid morning and started hiking up the ski runs. Our morning looked promising with blue skies and warm sun – which caused us to layer down shortly after our start. I’ll be honest, I was excited with the views, about halfway up the run. It’s pretty awesome, the way snow makes the simplest vista look magical. 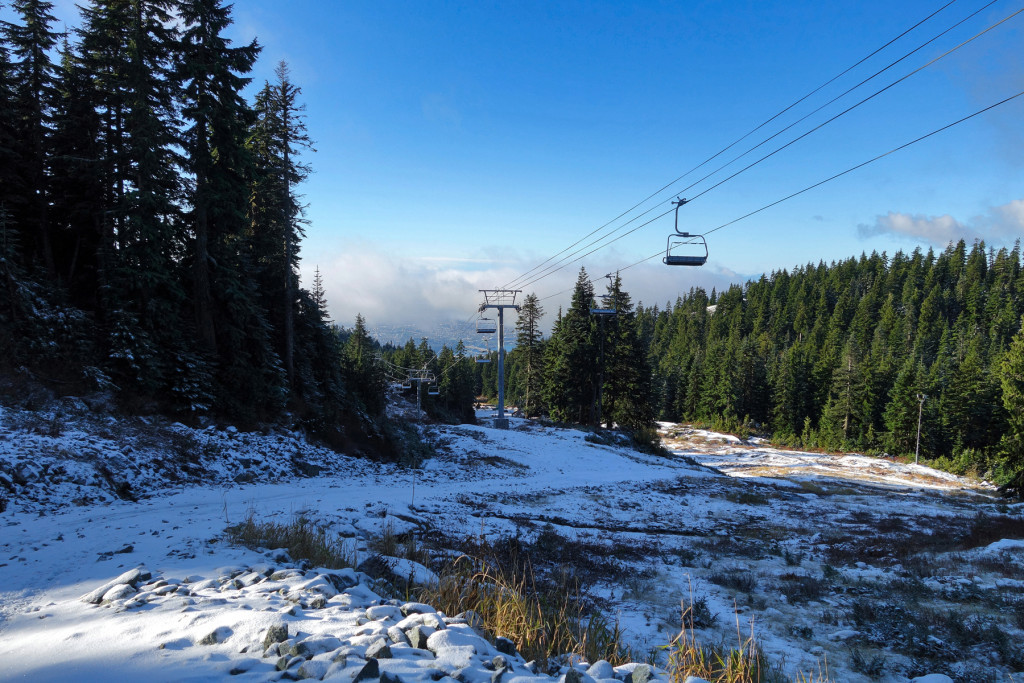 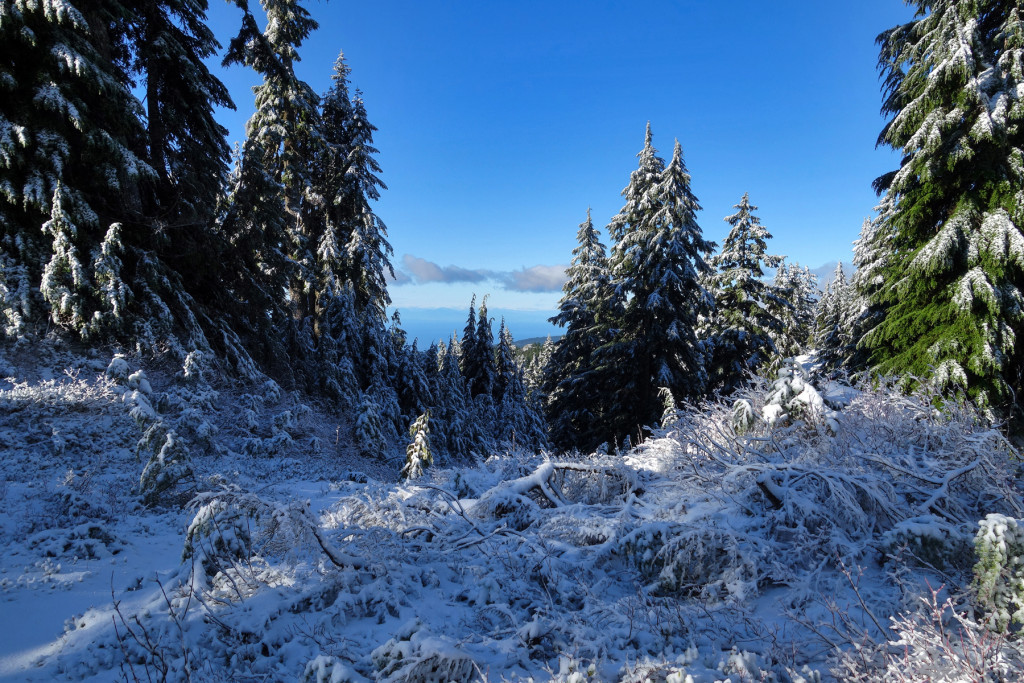 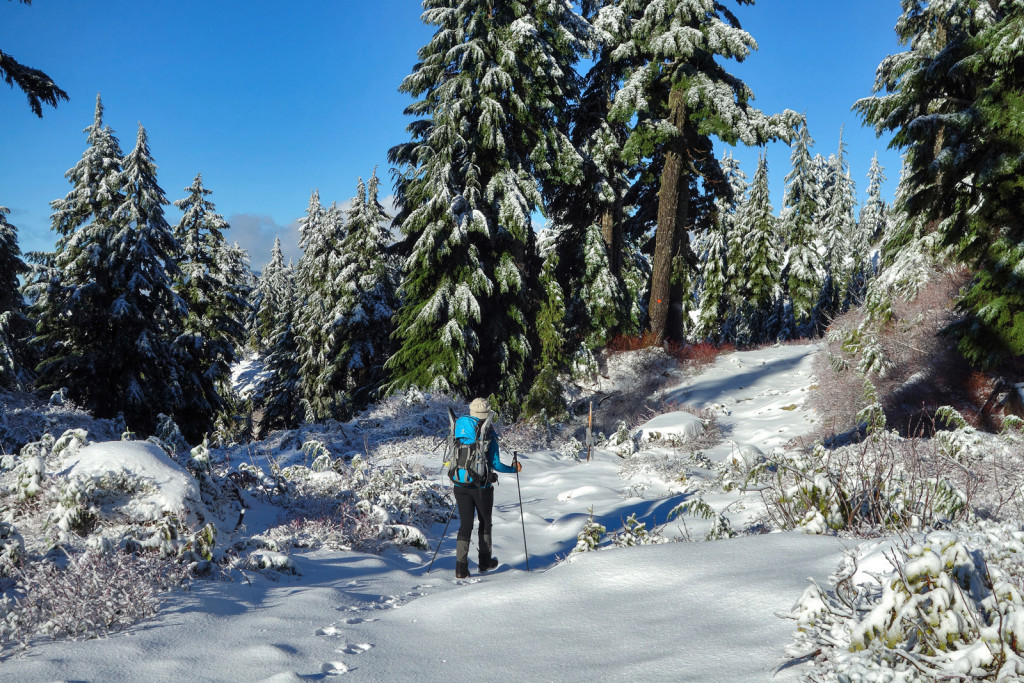 From the lot to Brockton Point, there was only a dusting of snow. The depth at Brockton was about half a foot and we were stoked to see a decent amount of snow so early in the season. 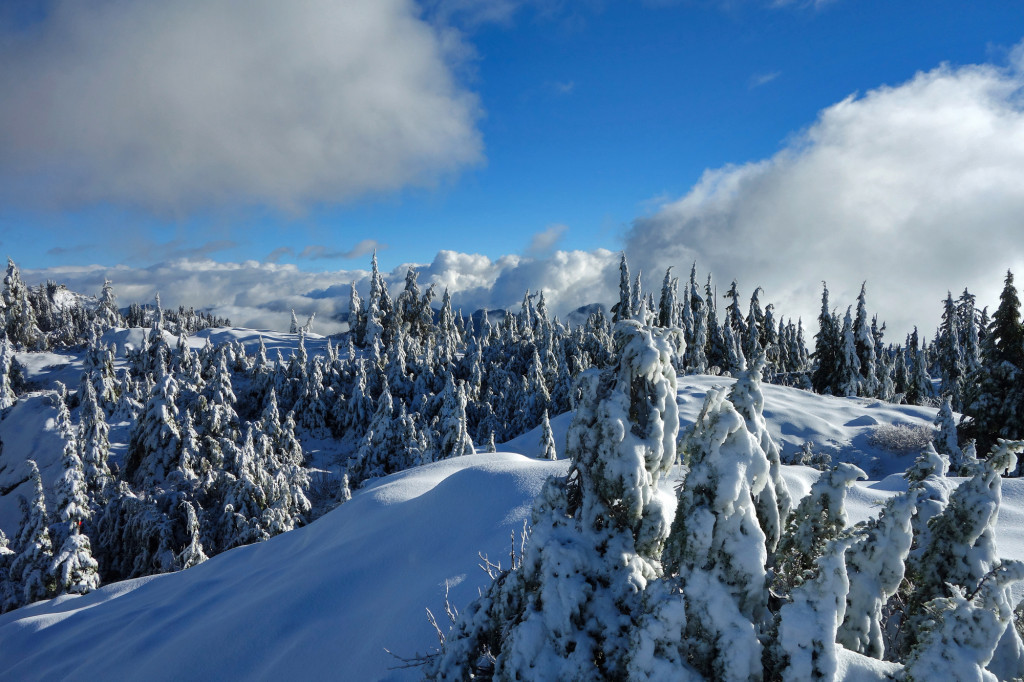 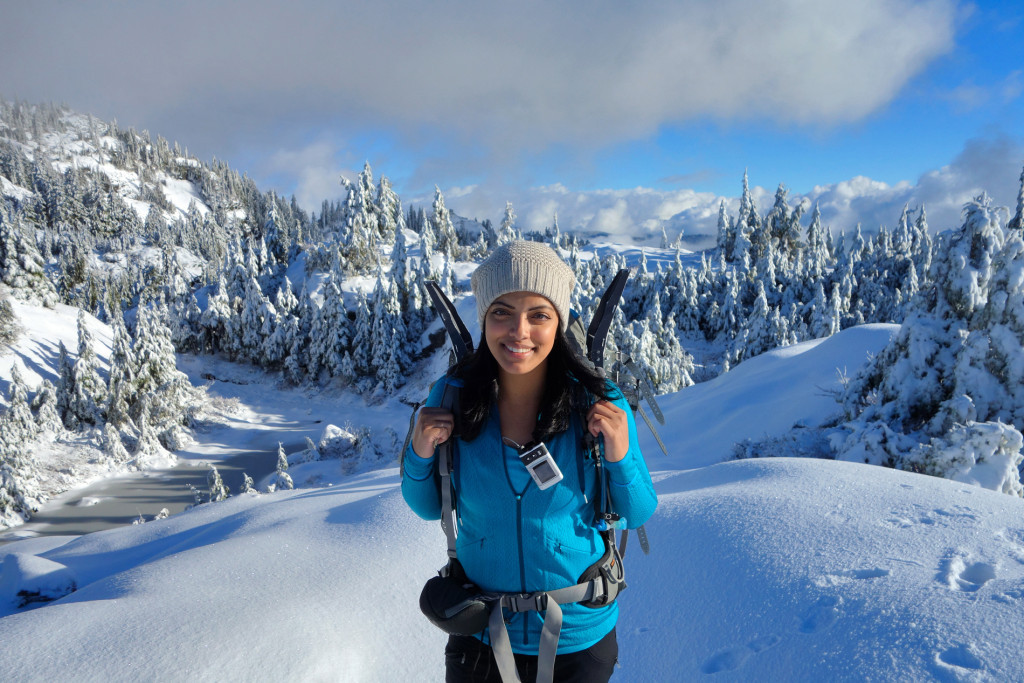 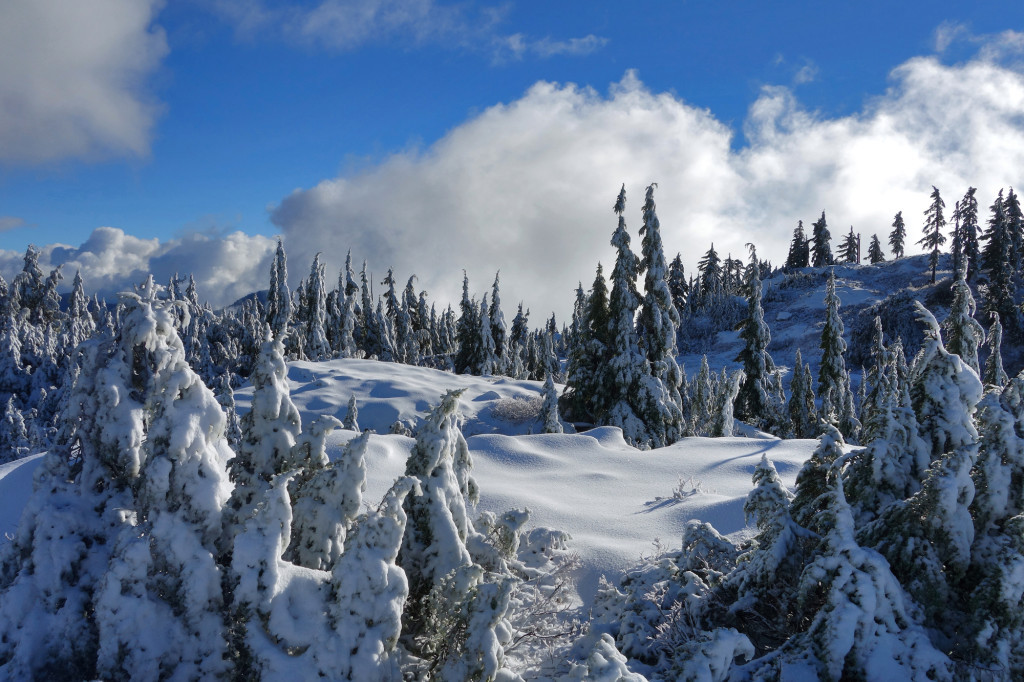 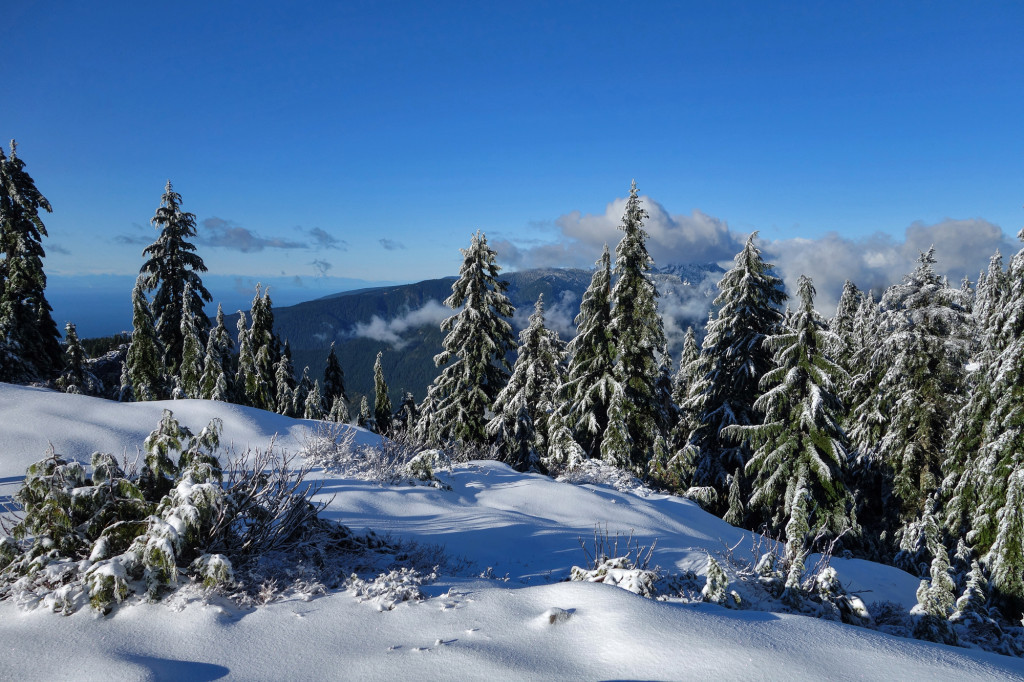 The trail up to First Pump was not yet marked for the winter, but it was easy to follow with all the tracks in the snow. It was a few degrees above zero, so the existing snow was slowly becoming slushy. We had good grip with our boots, and did not need to use our microspikes. 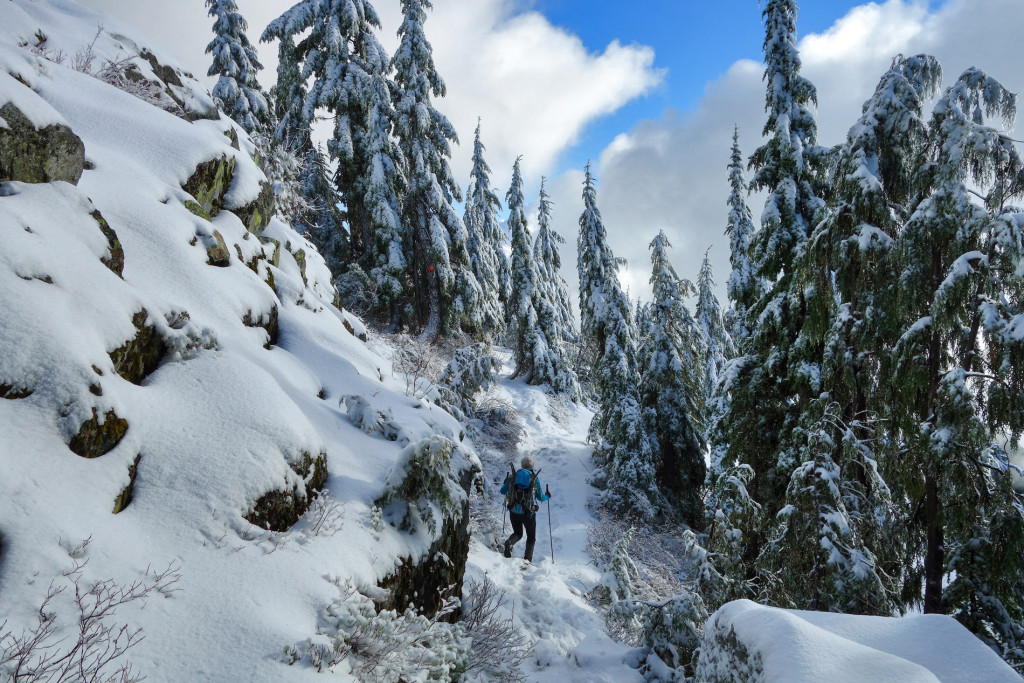 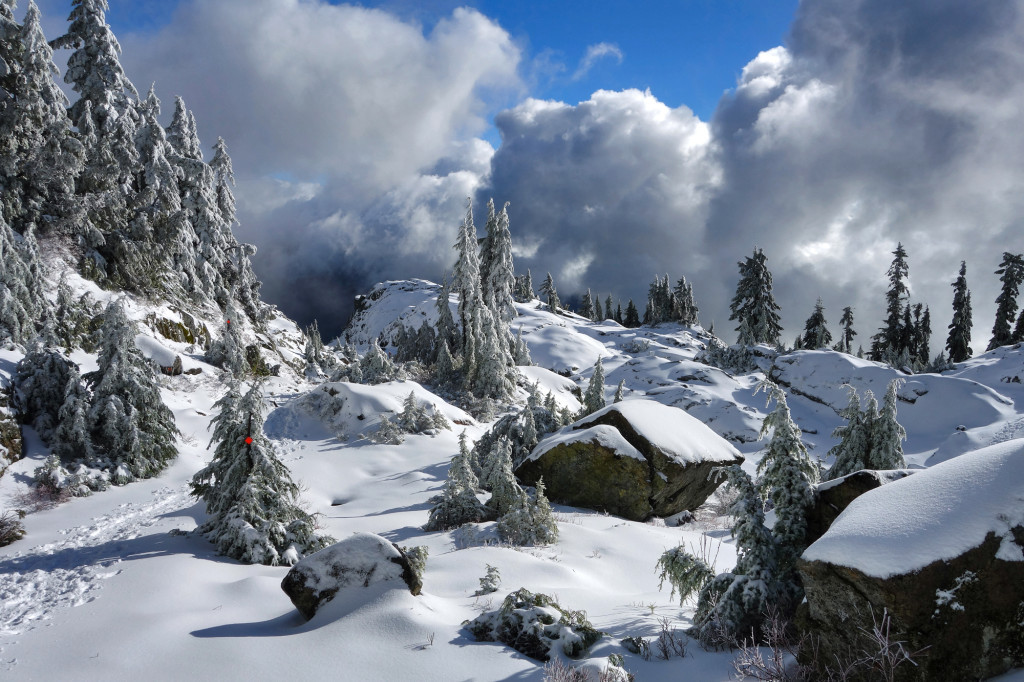 At the top, around Pump Peak, the snow depth was probably 1′ with some wind scoured clear spots and some deeper drifts. The wind was brisk and the fog was rolling in and out. The views revealed a beautiful white sight for sore eyes; my shoulder-season and first-semester-back-to-school blues were slowly exiting my mind. As expected, there were crowds of people on and around First Pump. 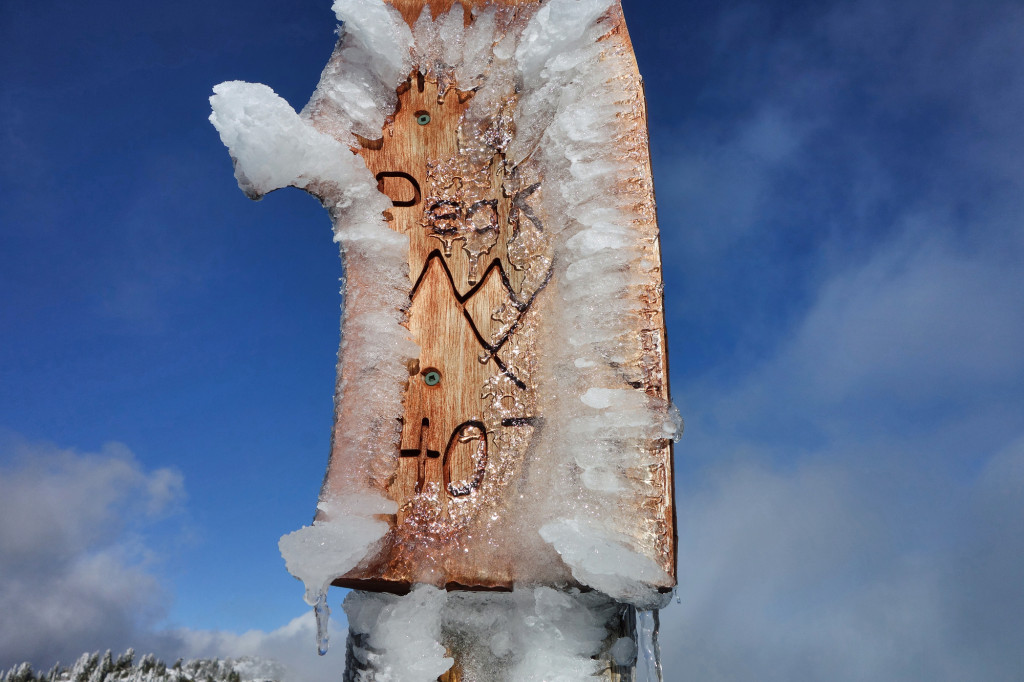 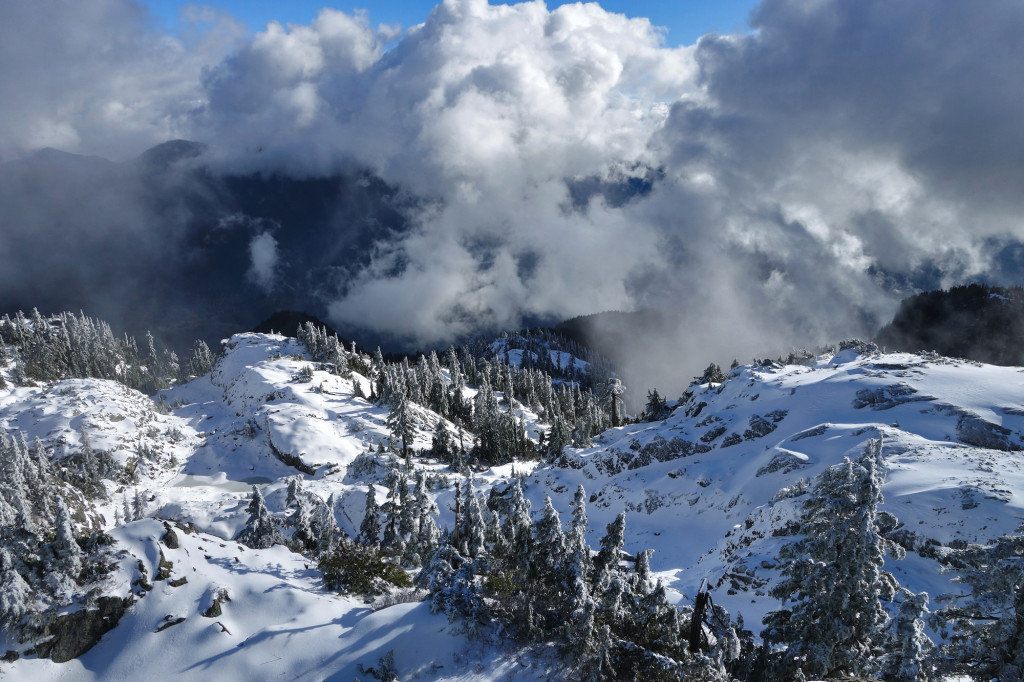 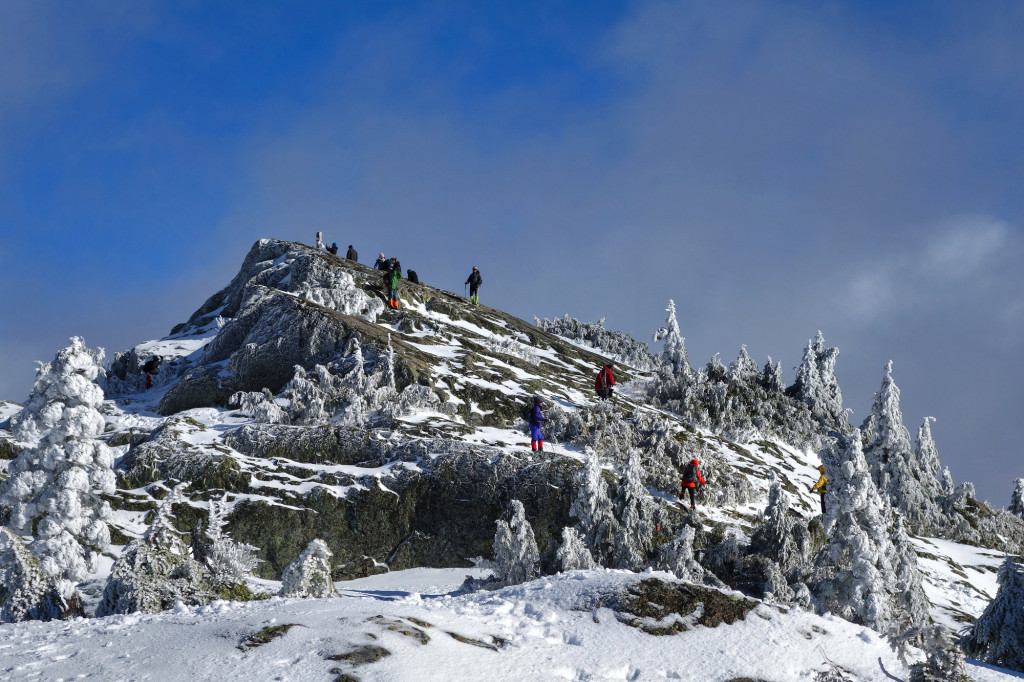 We spent some time on the peak and around the surrounding plateau, taking pics and enjoying the refreshment. 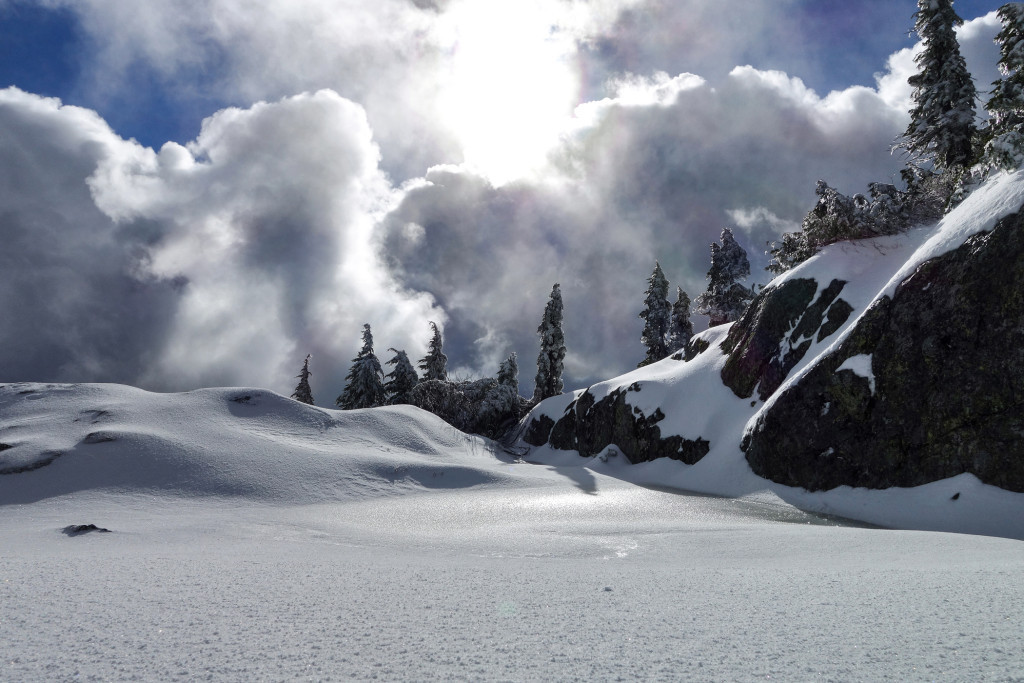 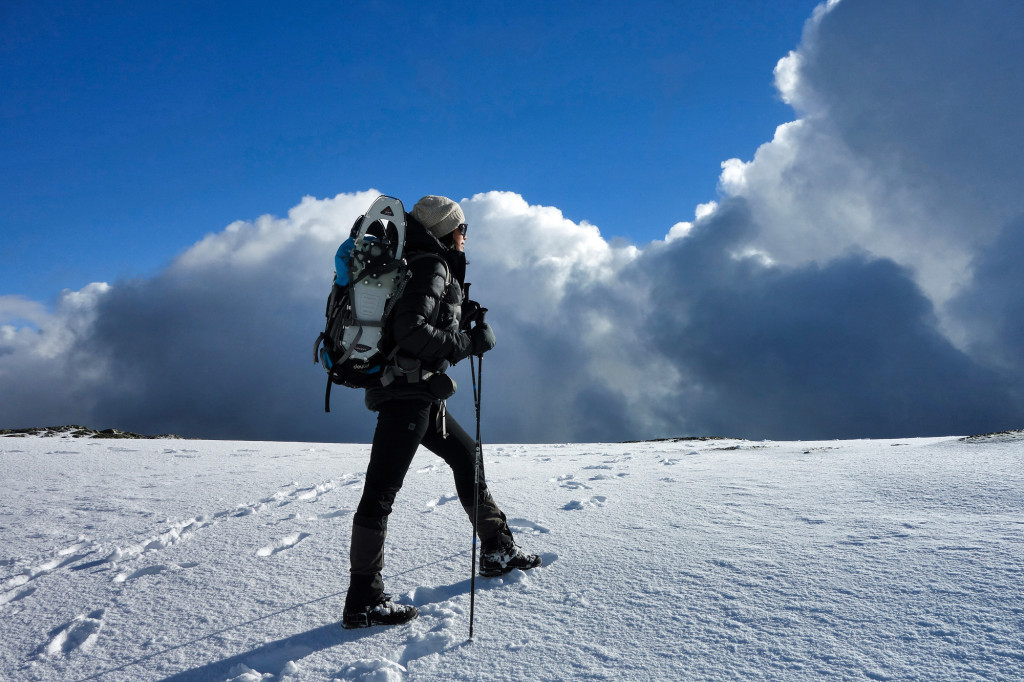 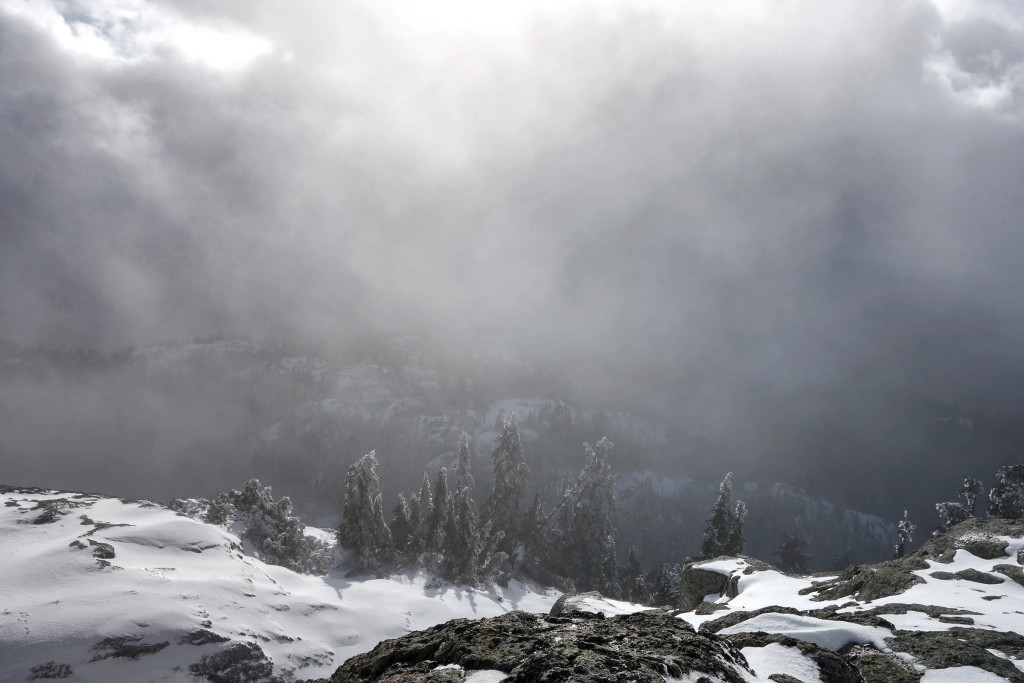 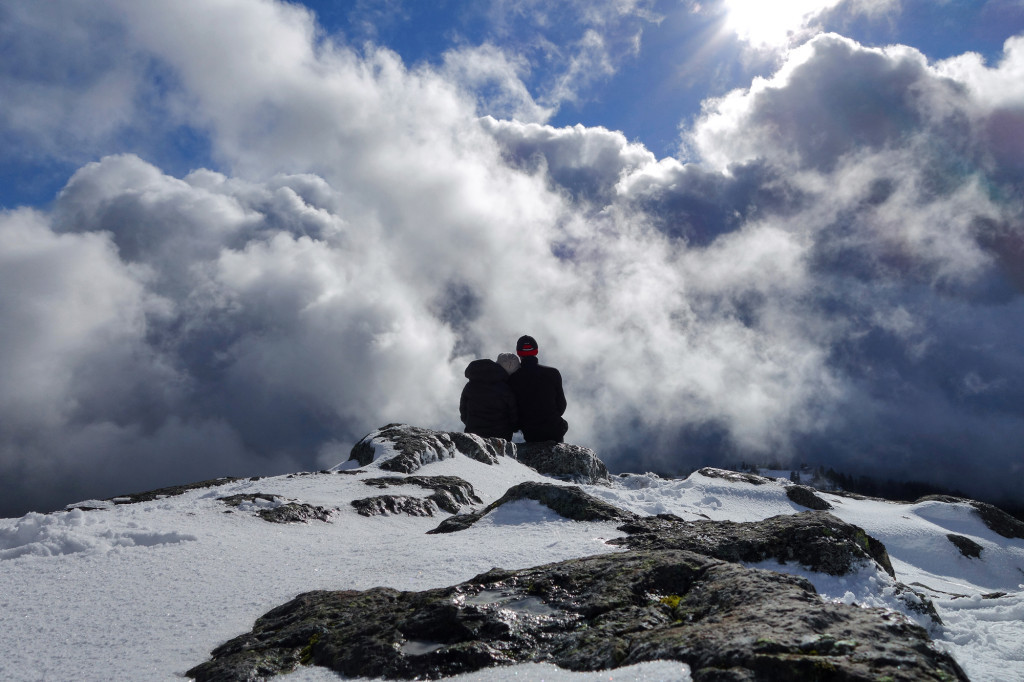 When it came time to descend, we followed the standard route down. The trail had become hard packed from all the hikers throughout the day and the sun was now behind thick clouds. With the temperature dropping, the snow surface was starting to ice up. We were able to carefully make our way down in just our boots; any later in the day and microspikes would have been very useful for grip. 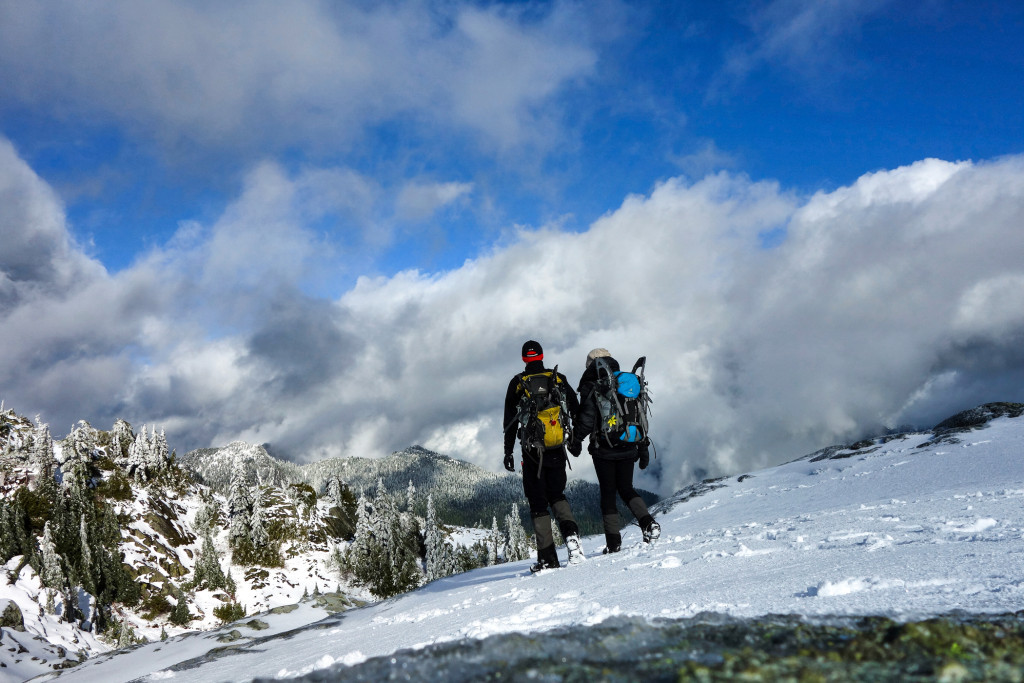 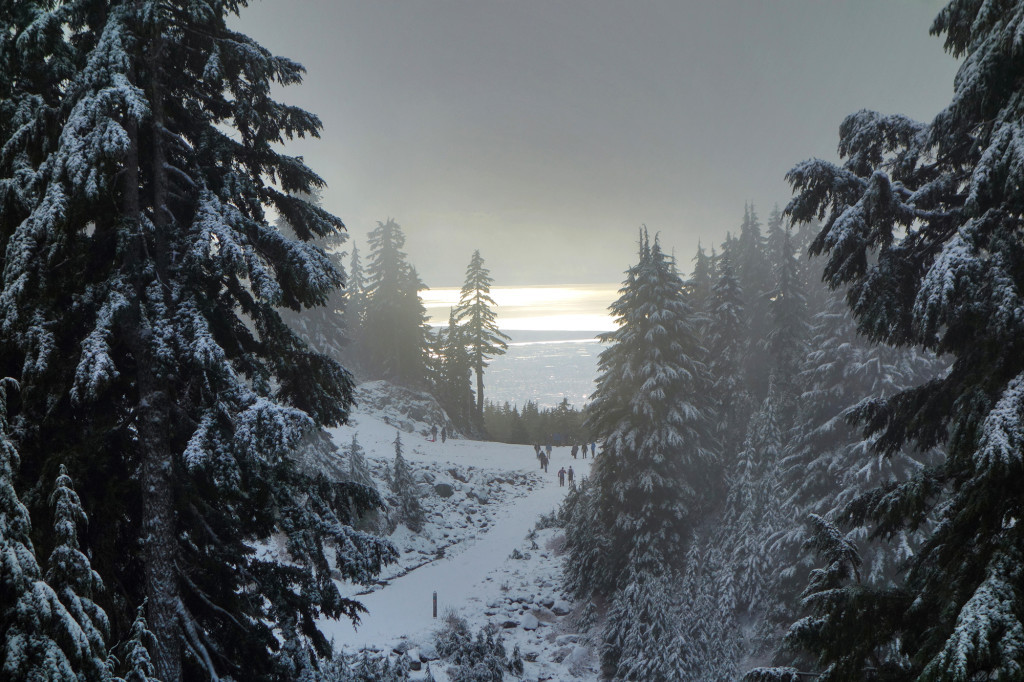 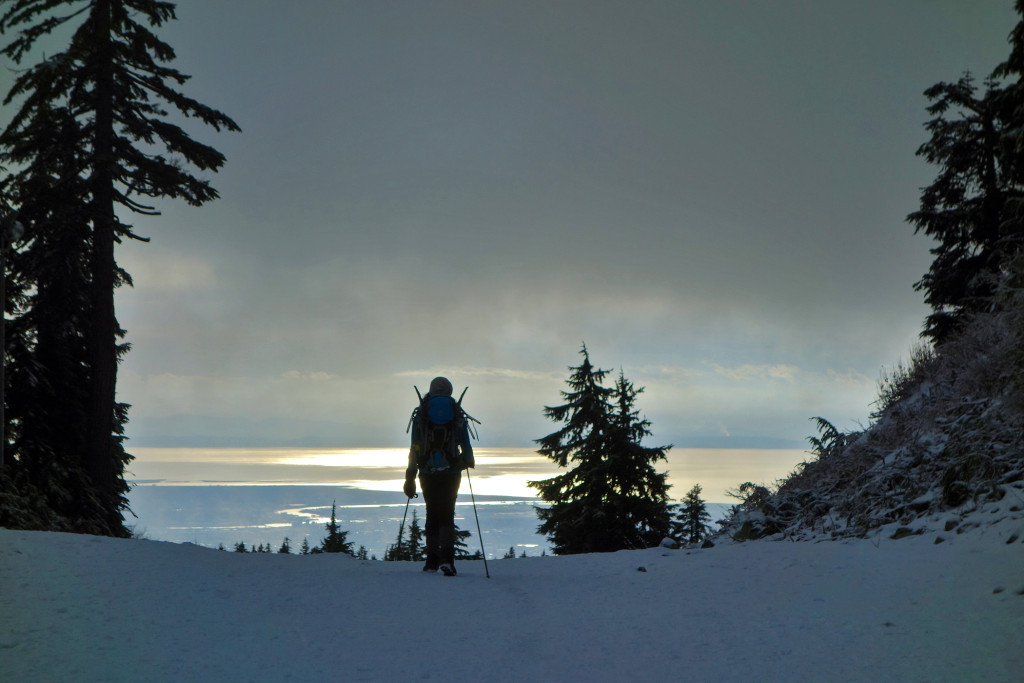 I recently visited my Endo, who adjusted my ISF (Insulin Sensitivity Factor) and basal rates. I found my blood sugars dropped more quickly and lower than usual. I started off with a 50% basal reduction (will need to consider further adjustments during outdoor activities) and left it there most of the day. Instead of reducing it more, I kept my blood sugars up by eating ShotBloks and PowerBar Gel Blasts without my usual bolus corrections.

Warm layers (down sweater, toque, mitts)
Snowshoes (not needed)
Microspikes (helpful on the way down)
2L of water
Snacks
Camera
the Essentials

We were happy to see a good start to the season. Hopefully things will continue and we’ll have a good snow year!