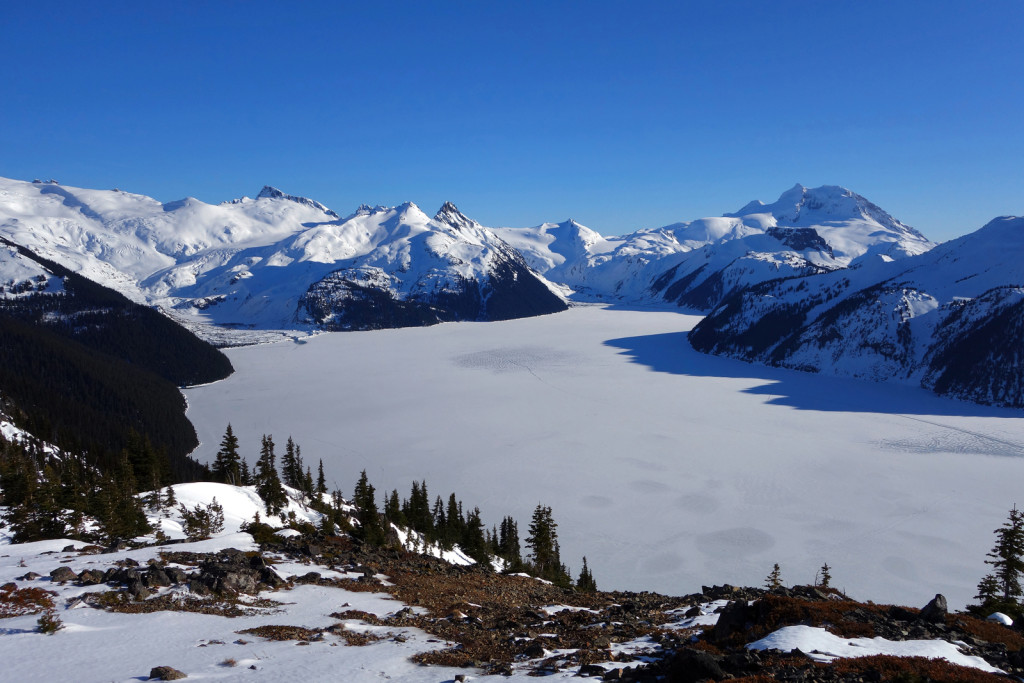 After our recent failed attempt to Rohr Lake, Ryan and I decided we needed some spectacular views; we headed up Panorama Ridge in Garibaldi Provincial park this past weekend.

We had an early start at the parking lot and made our way up. We carried microspikes, snowshoes, and an ice axe each. The switchbacks were very slow going due to heavy packs – to the point where I thought we may have to settle for a trip to Helm Lake. 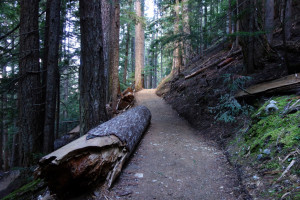 Our first trace of snow was around 5km and the trail did not get very icy until 5.5km, at which point, we put on our microspikes and left them on for the rest of the day. The snow conditions were fantastic. Since there hadn’t been any new snow for a few weeks, the trail itself was a hard-packed highway. Off-trail, the snow was hard and crusty; it fully supported our weight without postholing. This made for fast travel through the switchbacks and beyond.

After a short break at the junction, we made our way to Taylor Meadows. 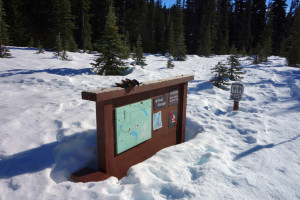 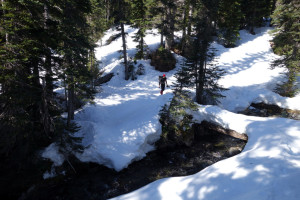 We passed through Taylor meadows and continued into Black Tusk meadows. To be honest, I’m not entirely sure where one ends and the other begins; I assume somewhere around the Outhouse Junction. As we gained sight of the ridge, I shook the thought of making Helm Lake our destination. We decided to push for the ridge to gain views of the frozen Garibaldi Lake. 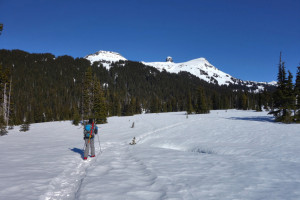 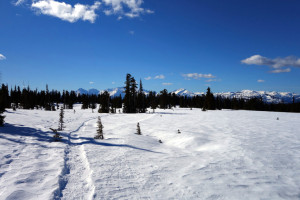 Looking Back in Black Tusk Meadows

Given the excellent and supportive snow conditions, Ryan decided to take us up Panorama Ridge via the Western ridge. (The current standard trail heads ~2km east from the Outhouse Junction to Helm Flats, where it swings south and climbs the north ridge on the eastern end of Panorama.) Just after the Outhouse Junction, we made a b-line through the trees, aiming for the nearest slopes of Panorama. We found a good open line and started our ascent. 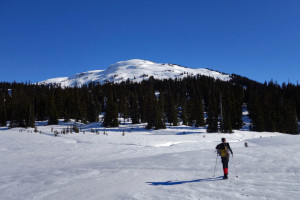 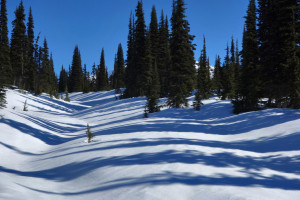 The snow here, again, was excellent. Though it was hard-packed (no postholing), the surface was soft enough to kick in good steps as the slope steepened. The secure footing helped us decide the ice axes were not needed; they stayed on the pack the whole day. The wind picked up and we found small, isolated pockets of wind slab formations on the surface. The top ~1 inch of the snow was not bound to the snow underneath; when we stepped on it, little slabs broke off. (The avalanche.ca forecast rated the danger as low/low/low for the day and we had not seen any natural releases either; we were confident the conditions were quite stable.) 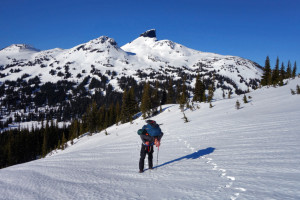 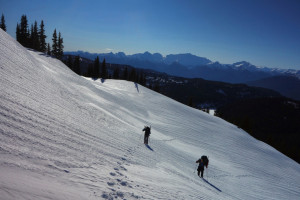 Ryan set a line, switchbacking up the steep slope; I sometimes followed and sometimes cut straight up for the workout. 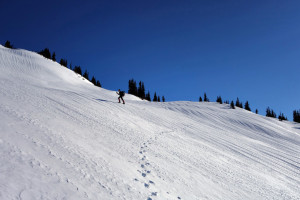 We soon crested the first rise and were rewarded with views of Garibaldi lake below. 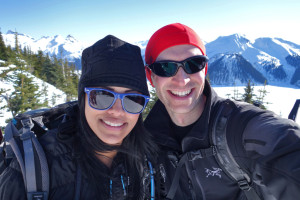 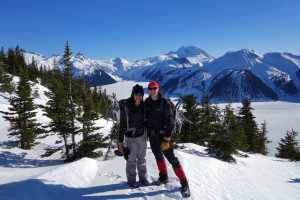 Ryan and I, Garibaldi Lake in the Background

We knew the views would only improve the higher we went; we continued higher up the ridge, switchbacking between various wind features and steeper slopes. 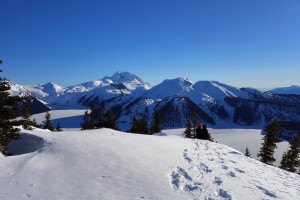 Ryan and I Taking a Break 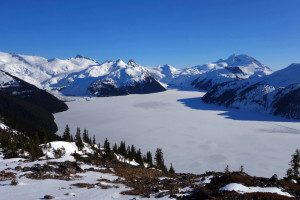 Views Across the Lake: 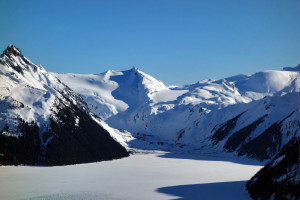 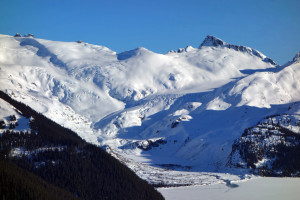 Views of Helm & Our Turnaround Point: 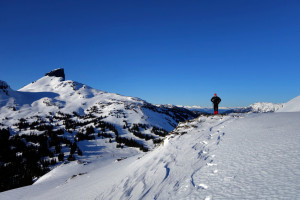 Ryan with Black Tusk in the Background 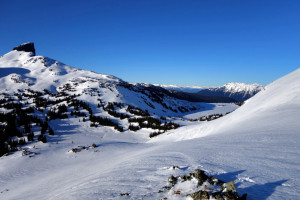 On our way back, we followed tracks and took a slight shortcut back to the main trail.We caught sight of a beautiful sunset. It may have been the long and tiring day we had, but this was one of the most beautiful sunsets I’ve seen: 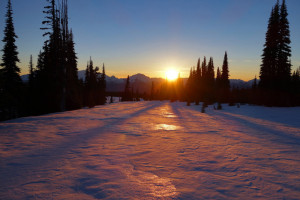 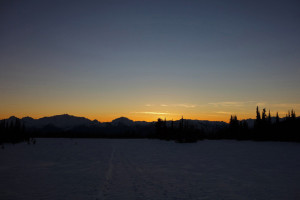 Past the 5km marker, on our way back, we ran into a few of these guys between switchbacks: 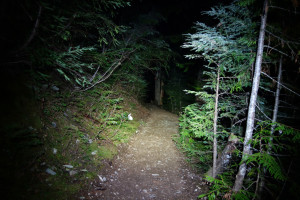 Stats for the Day: 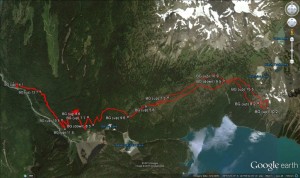 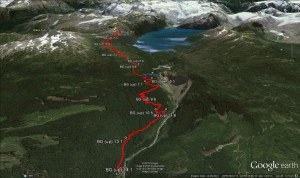 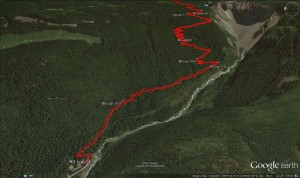 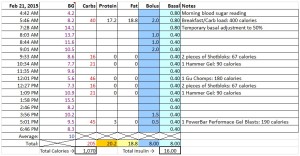 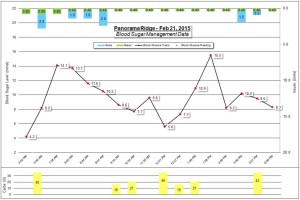