Whether you’re looking for something short & sweet or long & demanding, Manning Park has trails of all levels for park users to choose from. Ryan & I recently planned to hike a marathon distance day trip and the most obvious choice that would cover the mileage, provide motivating views, and allow an easy-to-travel trail bed was the Heather trail in Manning Park.

Some days I have to dig deep and some days I find it effortless to move in the mountains. This was a solid combo of both sentiments – having to dig deep along an effortless trail. Long daylight hours, golden sunshine, and wild flowers dancing in the (very cold) breeze made for a spectacular hike to Nicomen Peak. 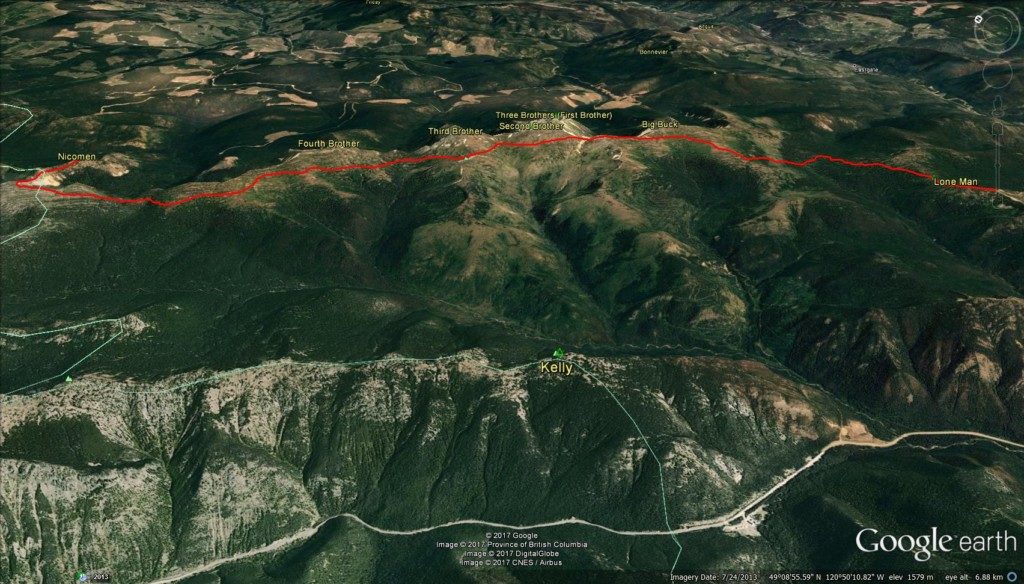 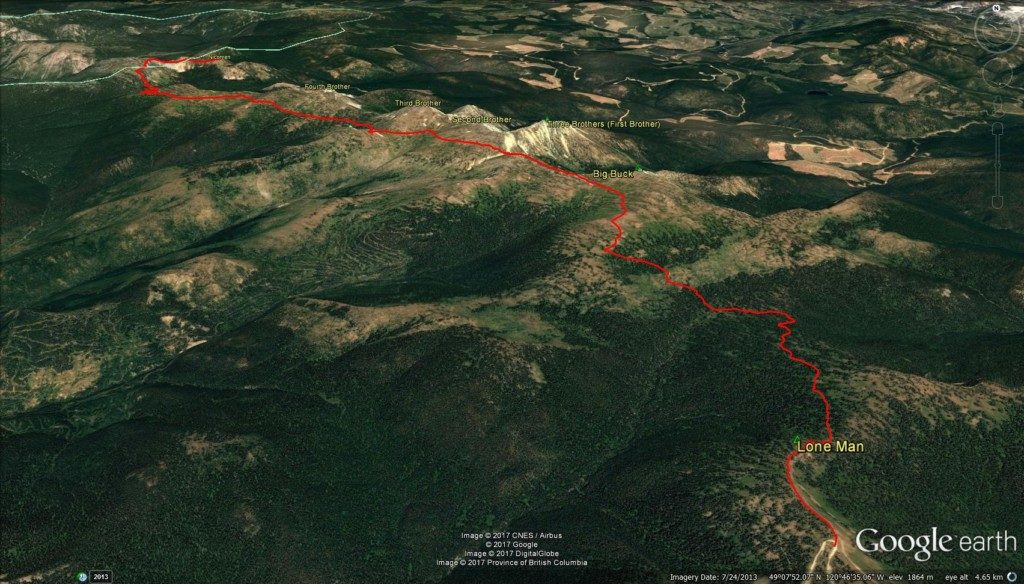 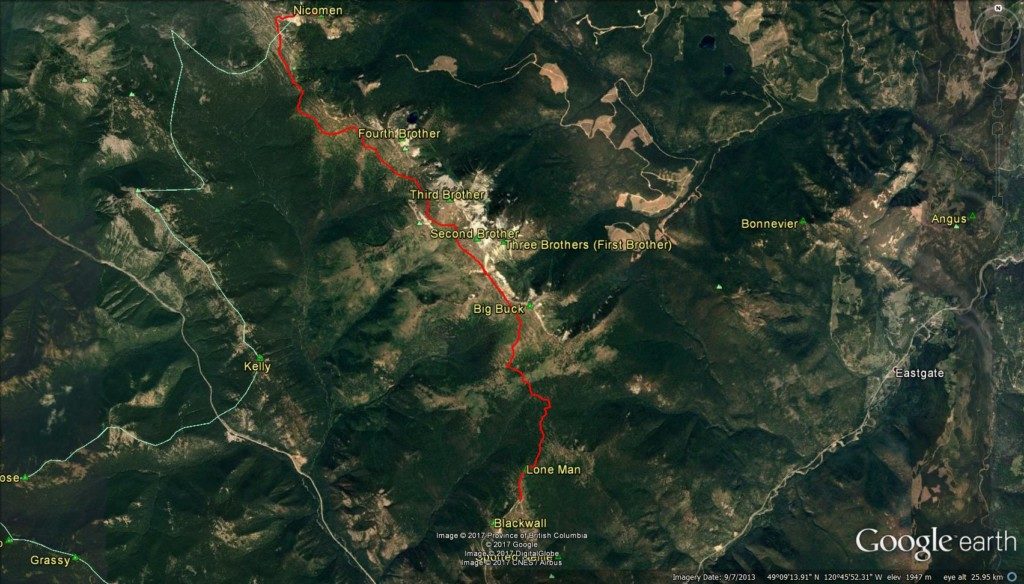 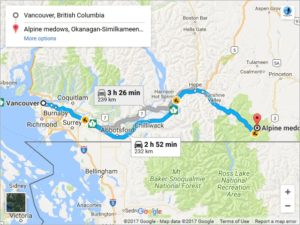 The start of the hike is the same as the Heather Trail to the Three Brothers. We started at the upper parking lot, by the microwave tower, and hiked along the Lower Paintbrush trail. This connected us to the Three Brothers Trail/Heather Trail, which gradually descended for about 4.5km to the Buckhorn campsite. The creek at Buckhorn was a slow trickle and we stopped to top up our water with our new MSR TrailShot water filter.

Sidenote: I highly recommended the MSR Trail Shot for quick & light through-hikes where you can resupply water en route – we’ve been finding it easy to use and very handy on our hikes this summer.

From Buckhorn, we ascended the trail into the subalpine where the views began to open up. The wildflowers were in full bloom and we slowed right down to admire the colourful hills. 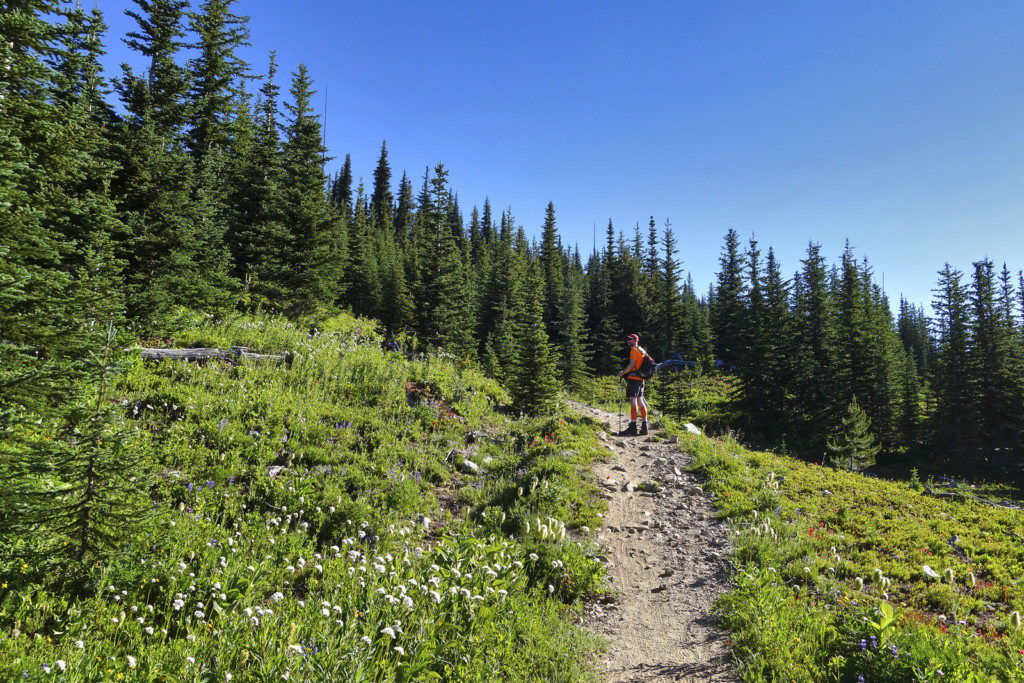 Views Starting to Open up Along the Heather Trail 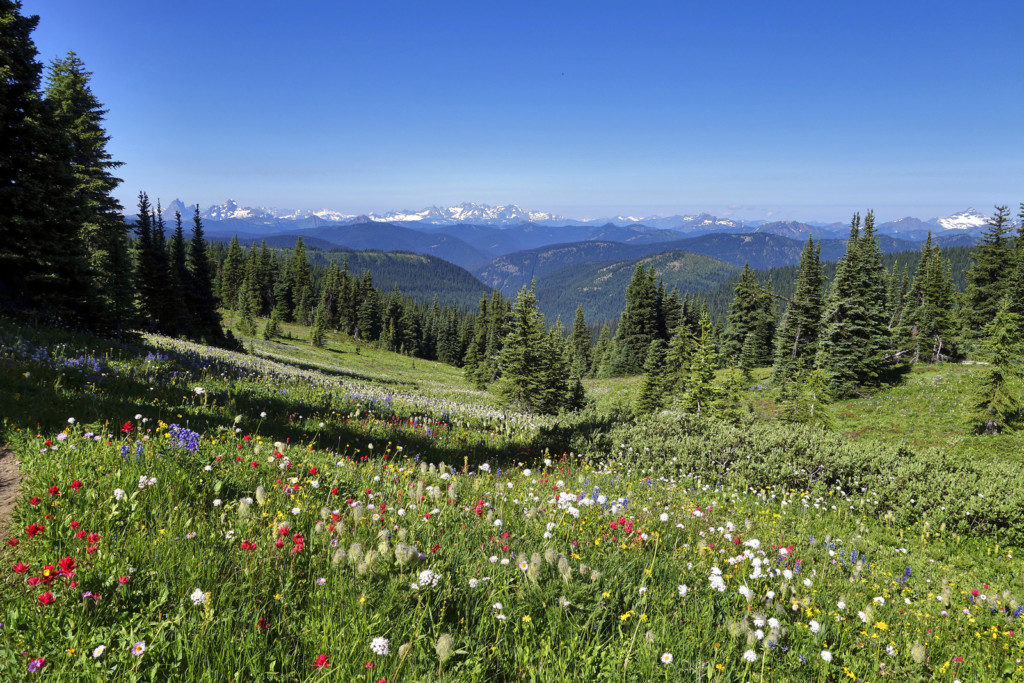 Many rolling hills later, we reached the junction for the First Brother. We continued straight on the Heather Trail and contoured around the First and Second Brother peaks. We stopped at a steady streamlet again to resupply with water, then continued to the col between the Third Brother and Cousin peaks, towards the Kicking Horse campground. 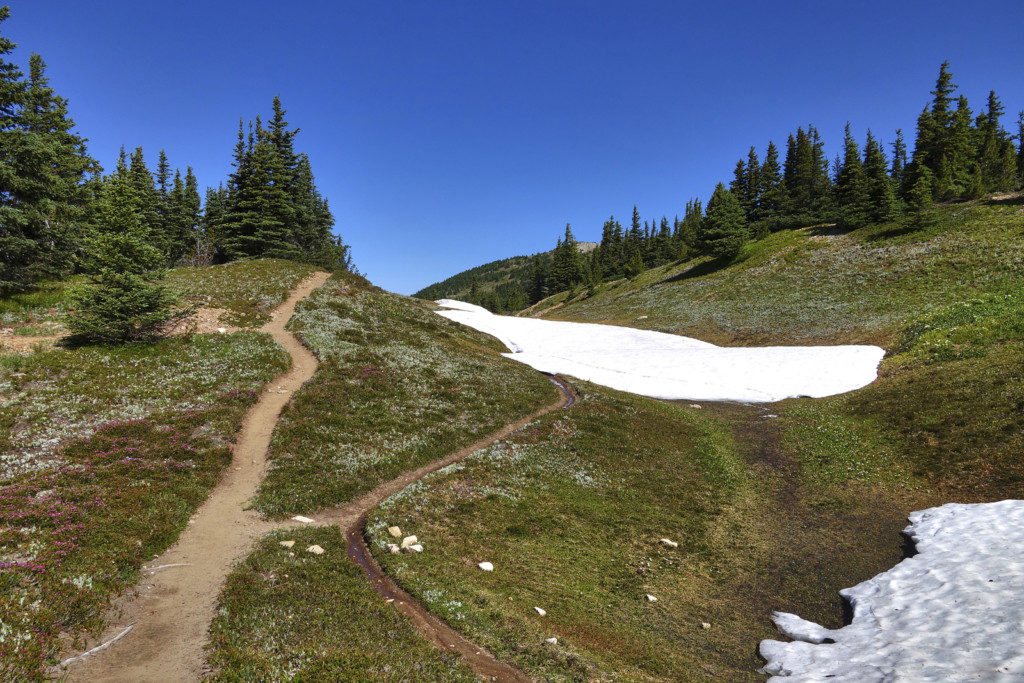 First and Only Trace of Snow Before the Three Brother's Junction 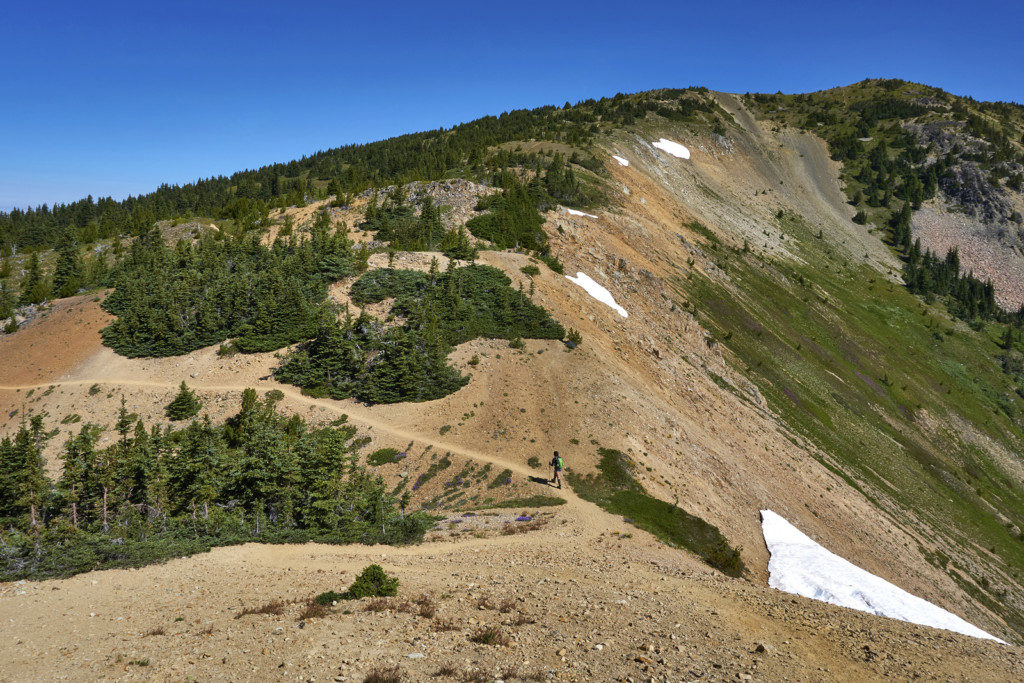 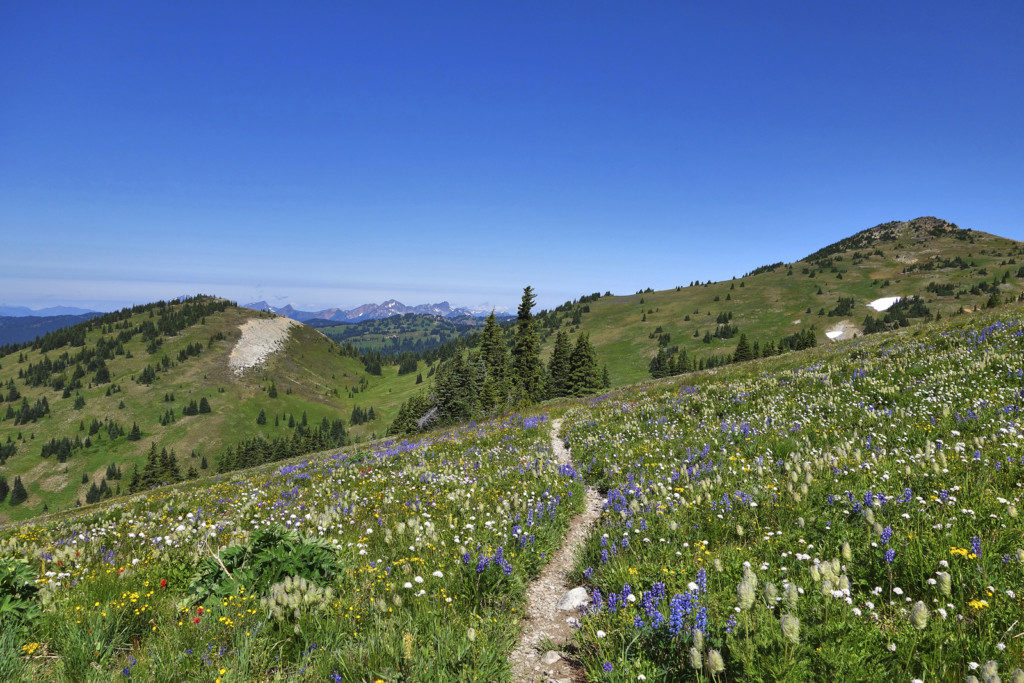 Single Track Through the Heather Trail 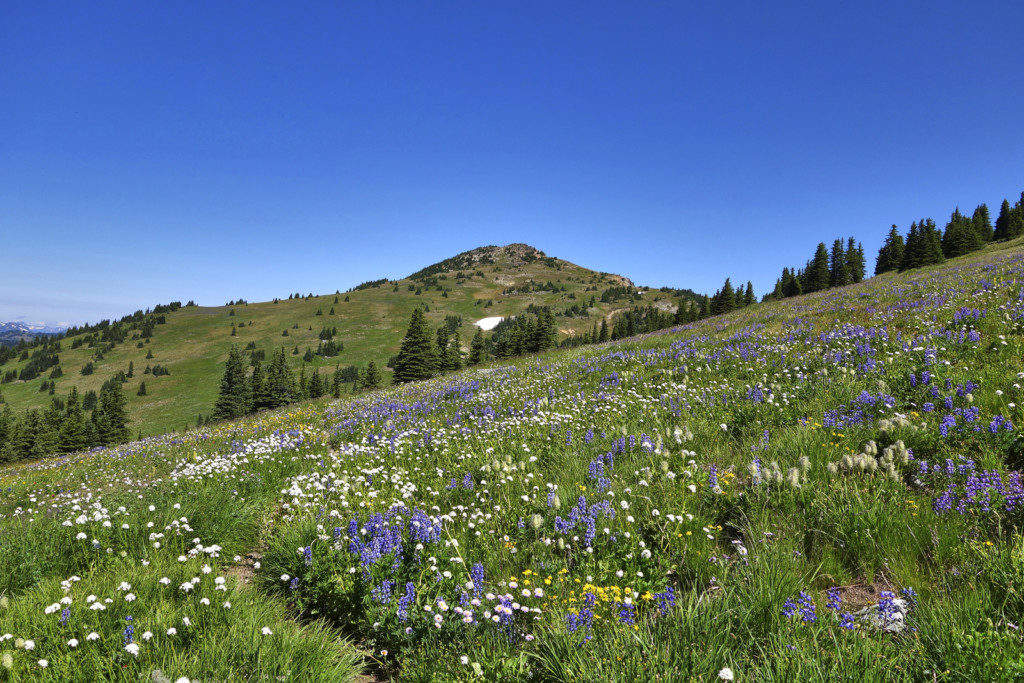 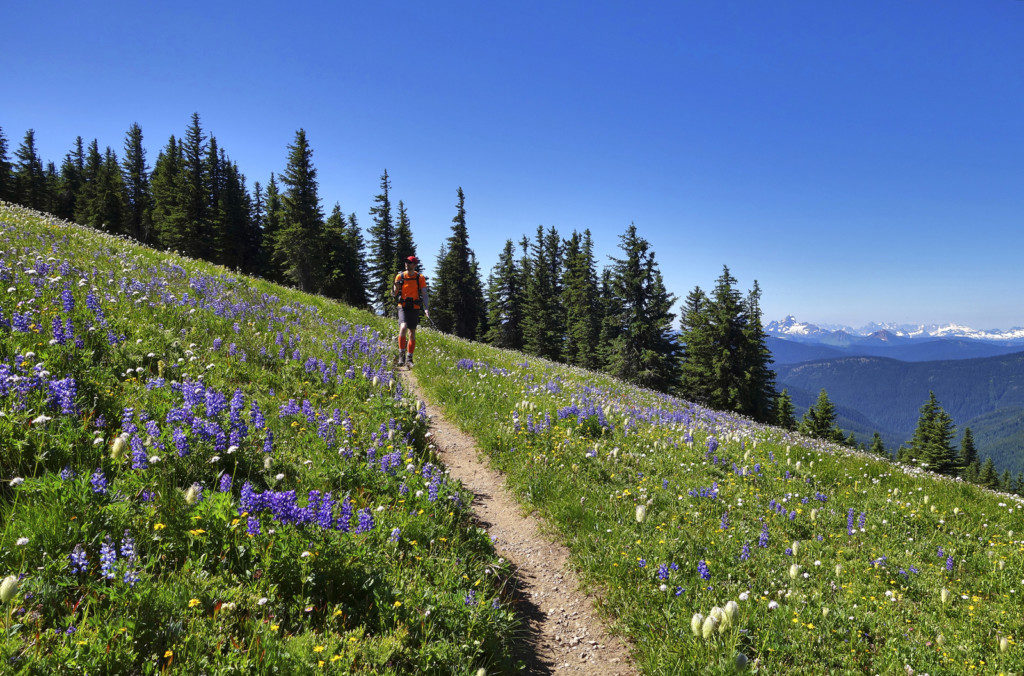 Ryan Coming Down the Heather Trail 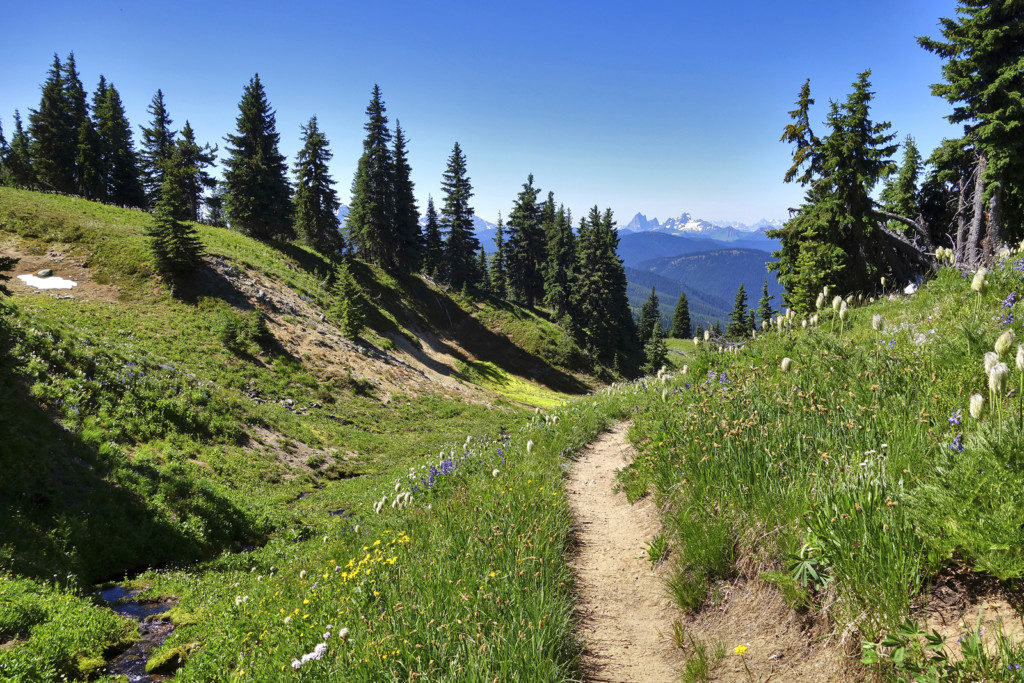 Just Before Dropping Down to Kicking Horse Campground

From the Kicking Horse campground, we flanked around the Fourth Brother, and followed the gentle ups and downs of the ridge. The terrain here was much like the earlier stretch of the Heather Trail – boundless meadows and wildflowers as far as the eye could see, though with much less people. 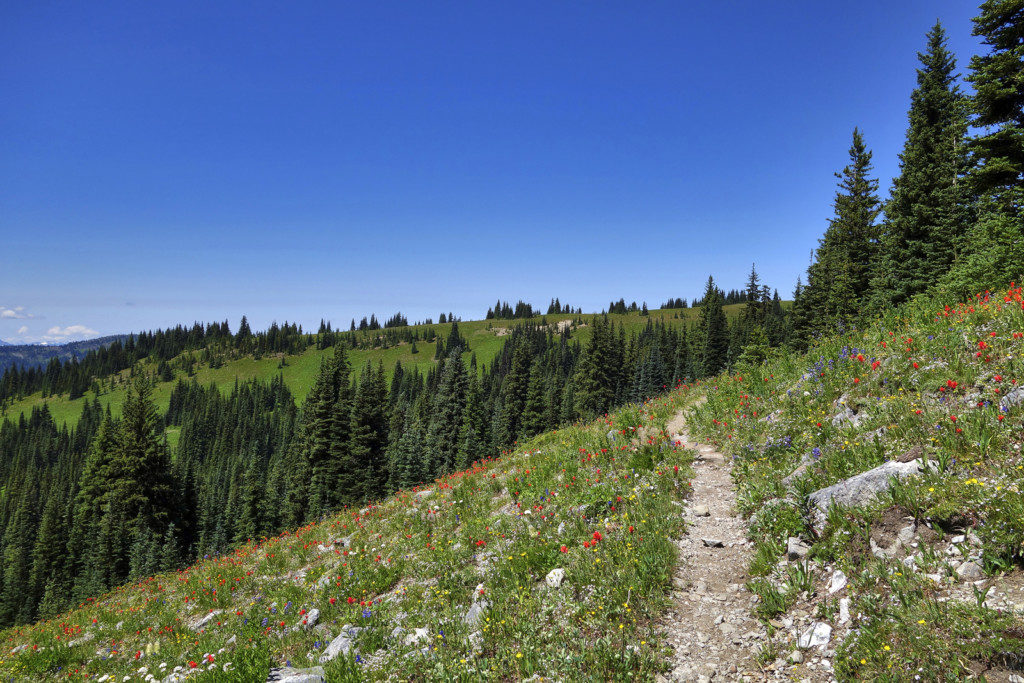 Climbing Out of the Kicking Horse Campground 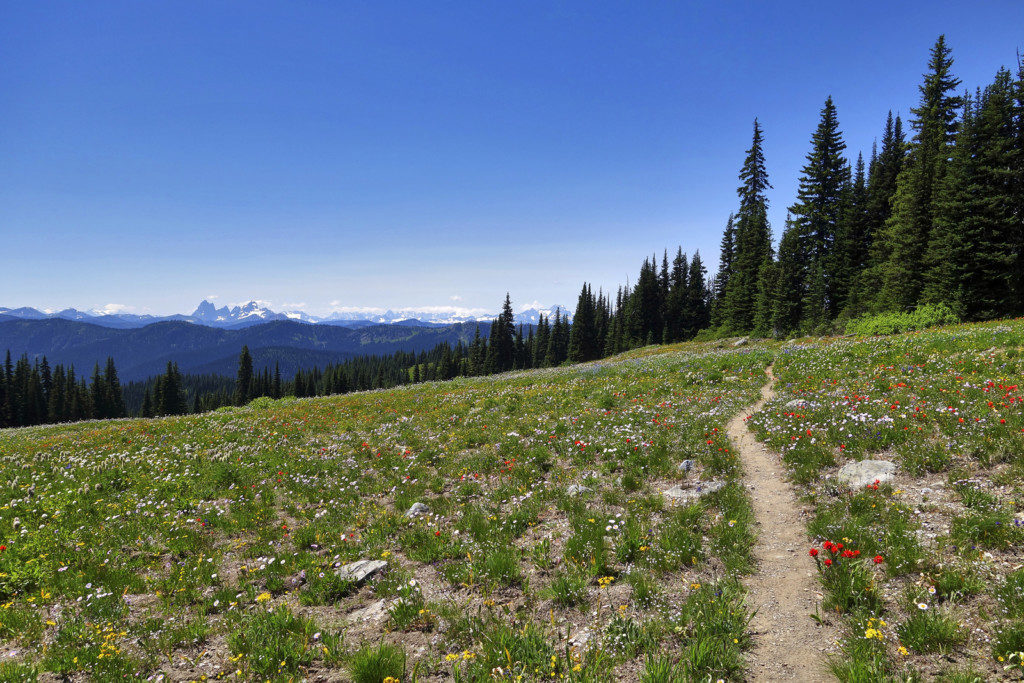 Further Along the Heather Trail 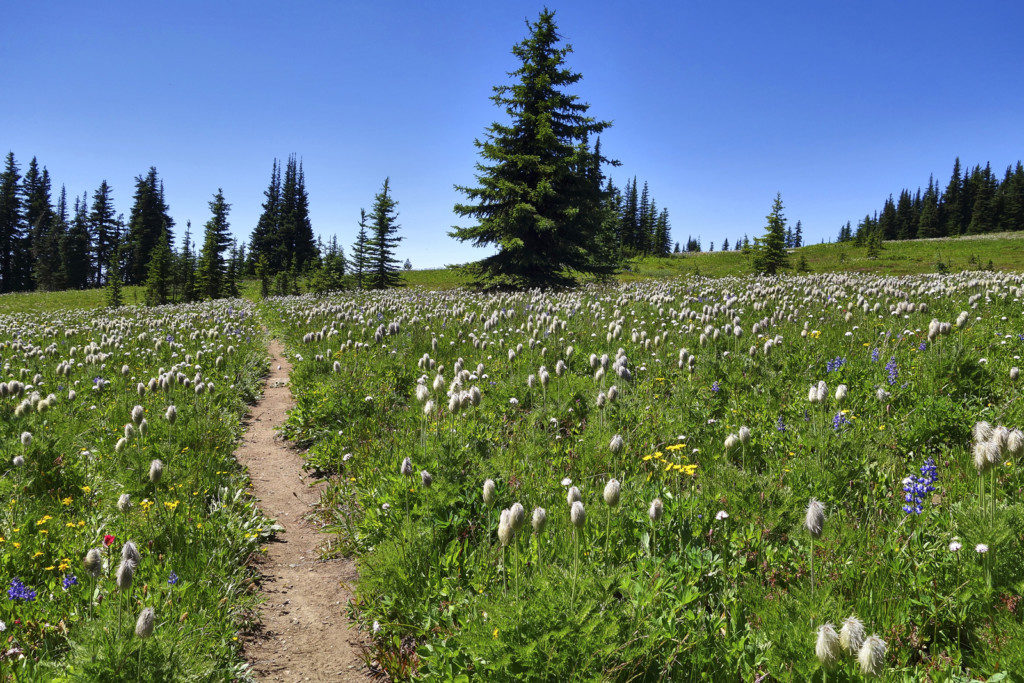 My Favourite Meadows of the Day 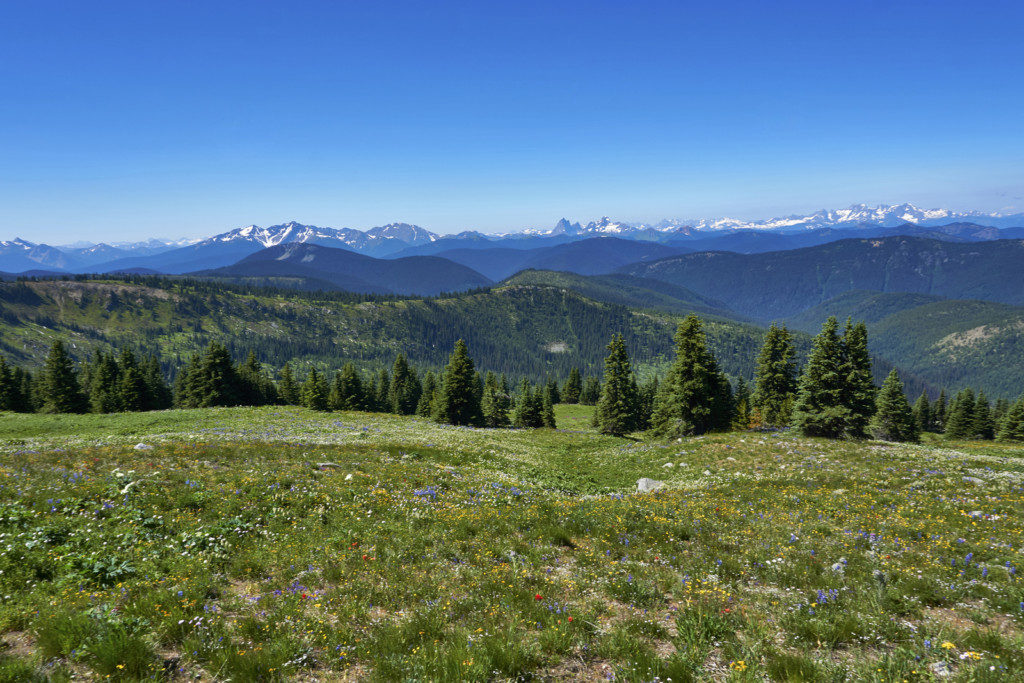 It was my first time hiking this far along the Heather Trail, and it was by far my favourite section. We ran into a few backpackers on their way to or from Nicomen Lake, and a handful of runners training for Fat Dog 120.

The recent hot & dry temps really affected this area; other than a few stagnant tarns, there was a noticeable lack of fresh water along the ridge. The final ridge and Nicomen Peak came into view as we continued along the trail. 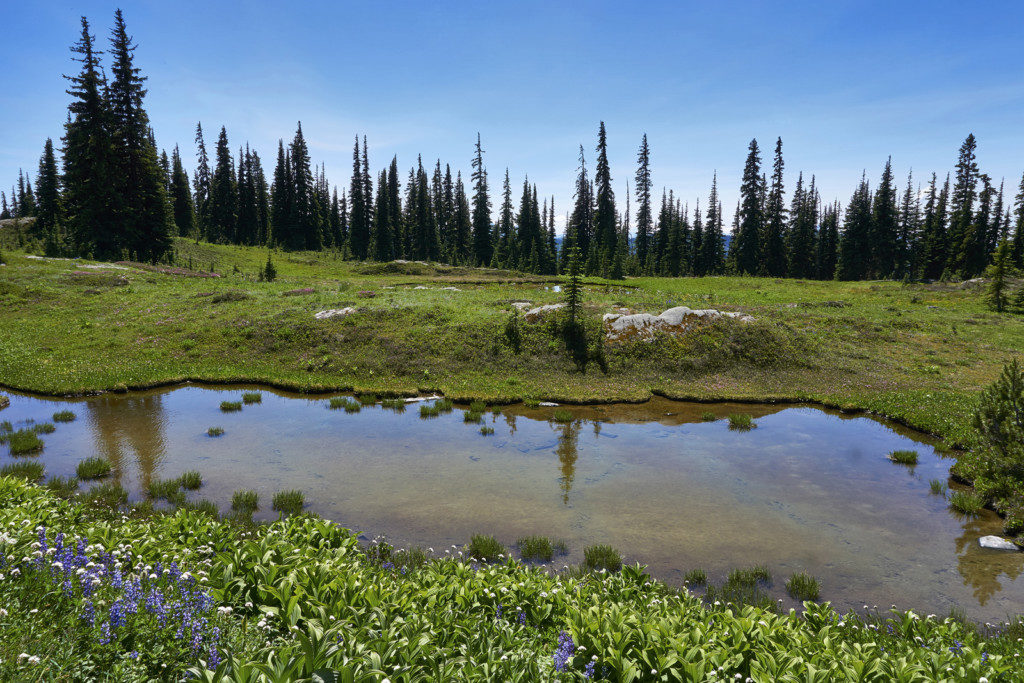 Tarn Along the Heather Trail 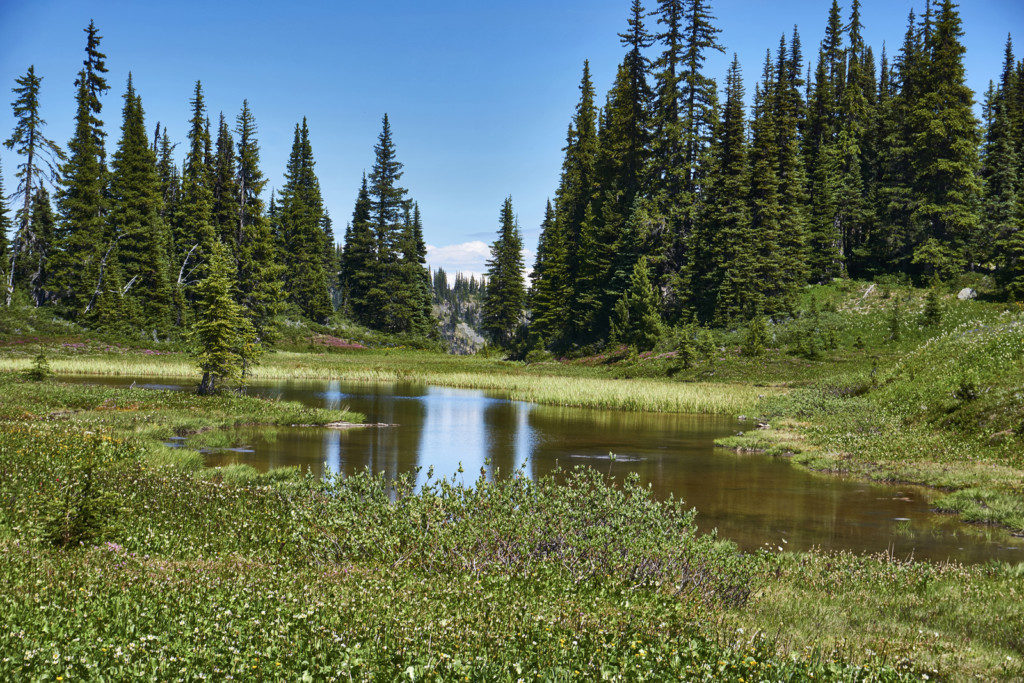 Another Tarn Along the Heather Trail 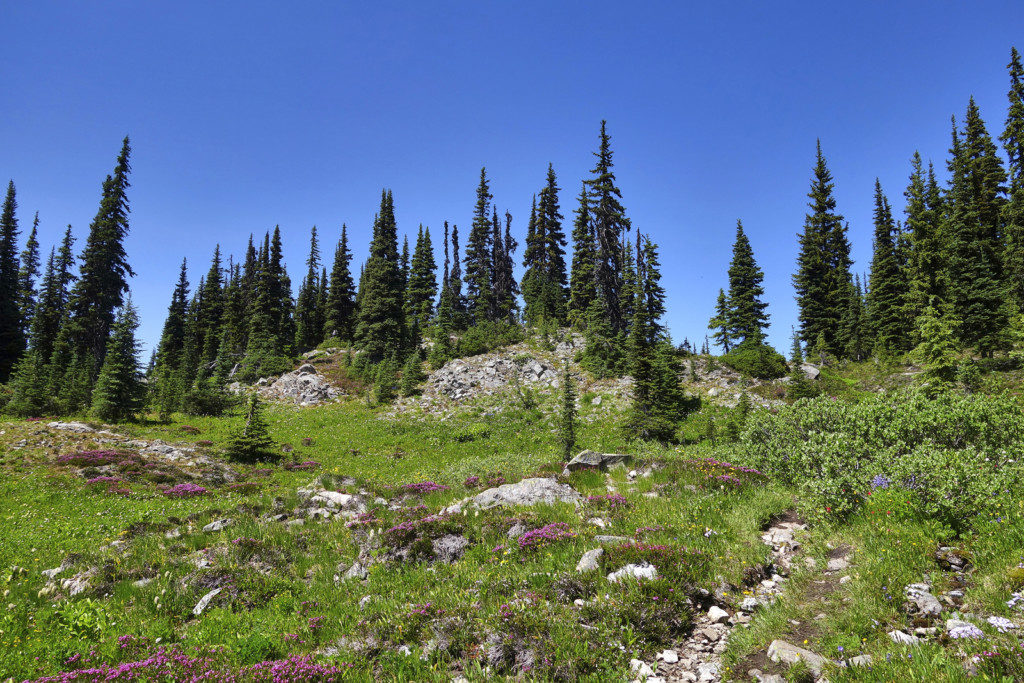 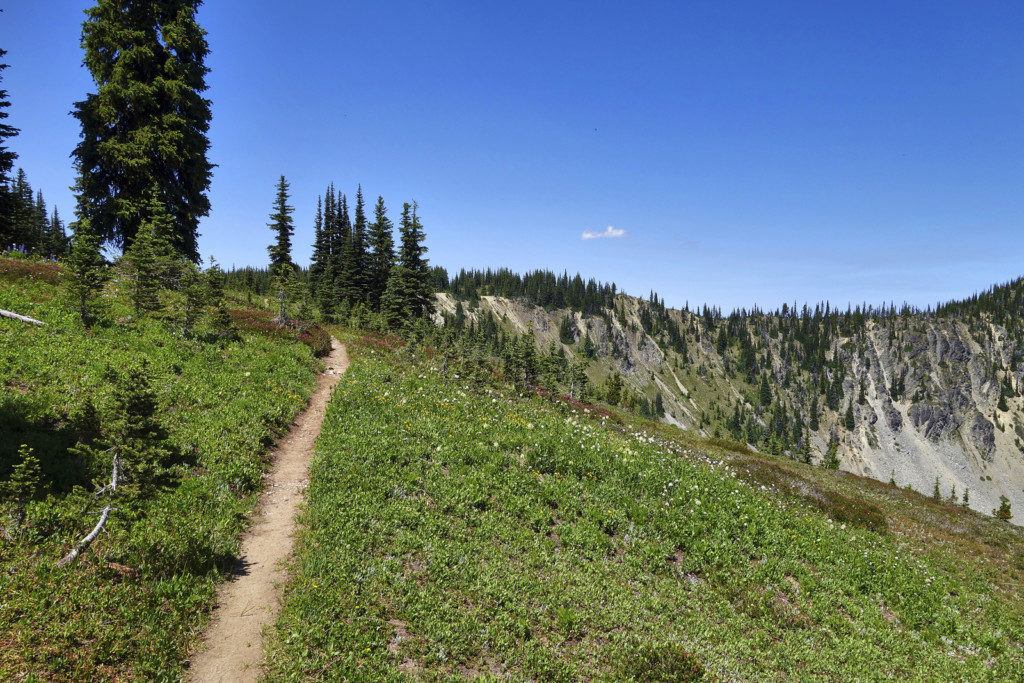 We turned onto the final ridge and gained our first view of Nicomen Lake down the other side. The Heather Trail switchbacked down towards it; we continued further along the ridge and picked up an indistinct but obvious trail that continued onward. We continued up and over a minor bump and ended on Nicomen Peak. The peak itself was mostly forested with some views to the north/east. 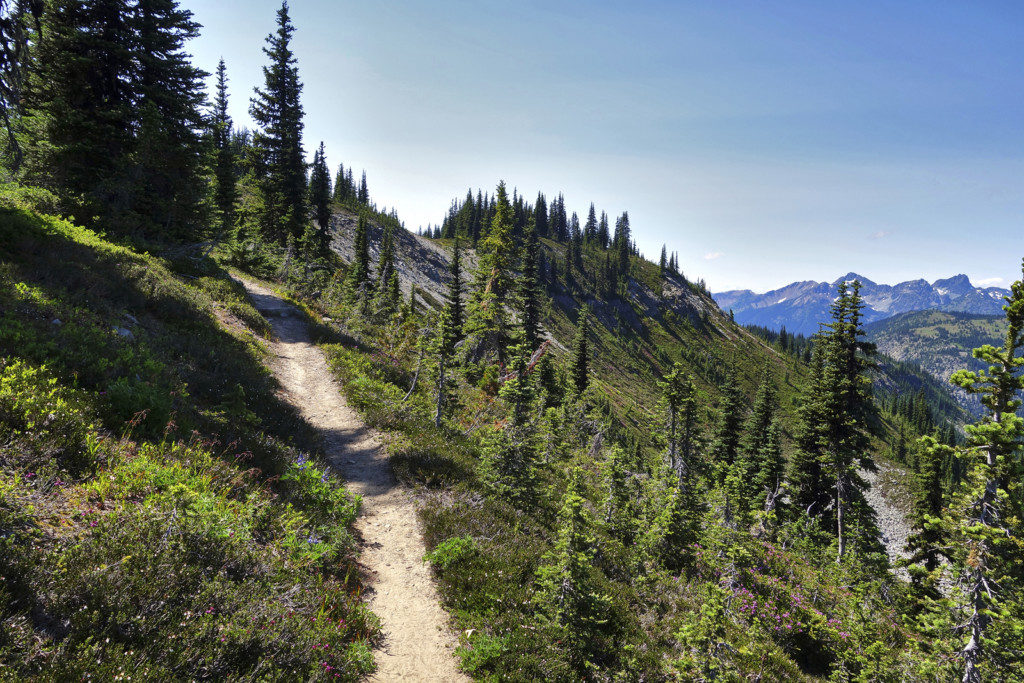 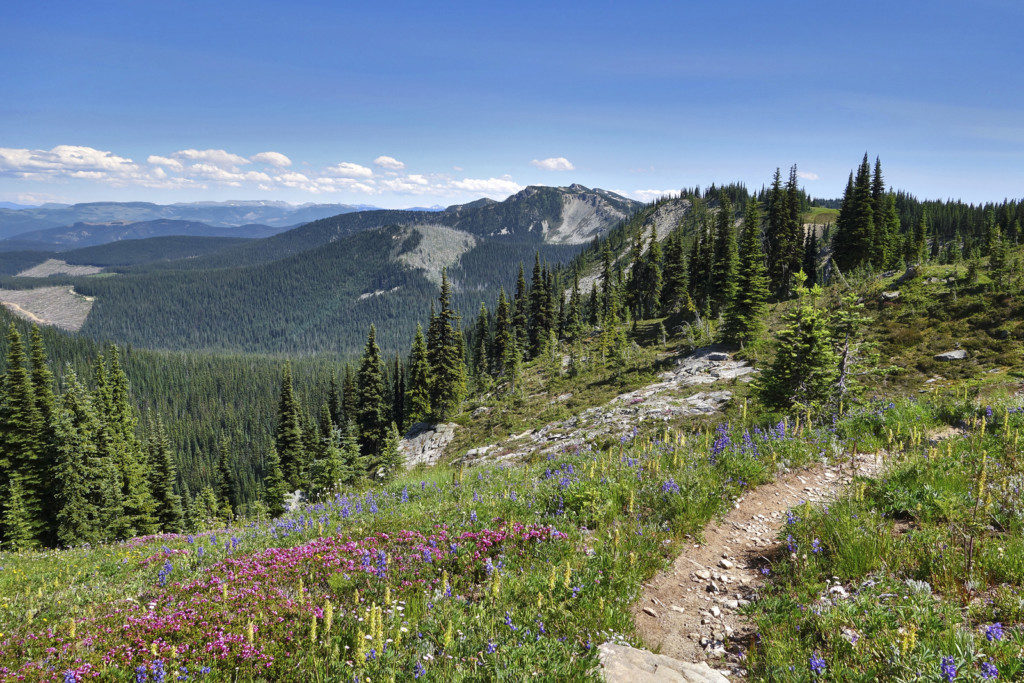 Along the Trail Just Before the Drop to Nicomen Lake

I’m not a huge fan of treed summits, but this one was well worth the effort. 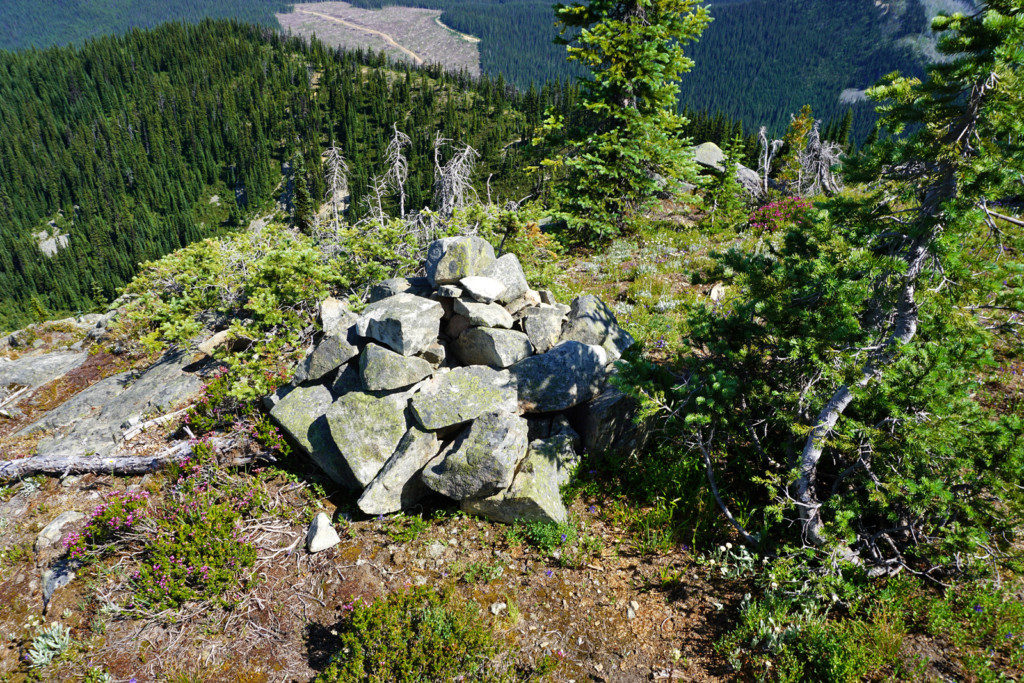 Dreading the long hike back to the lot, we soaked up our last views of the lake and headed back. 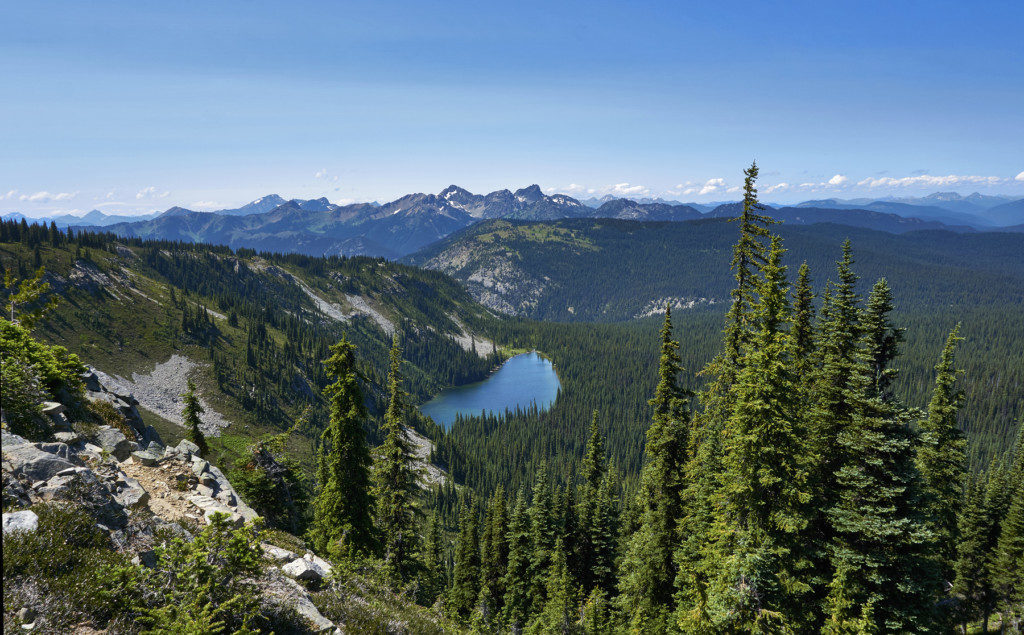 The hike back was windswept and significantly colder once we climbed out of Kicking Horse camp and flanked around the Second and First Brother. I put my head down and powered through to hit the parking lot asap. We made several stops to enjoy the late afternoon/early evening lighting in the meadows. 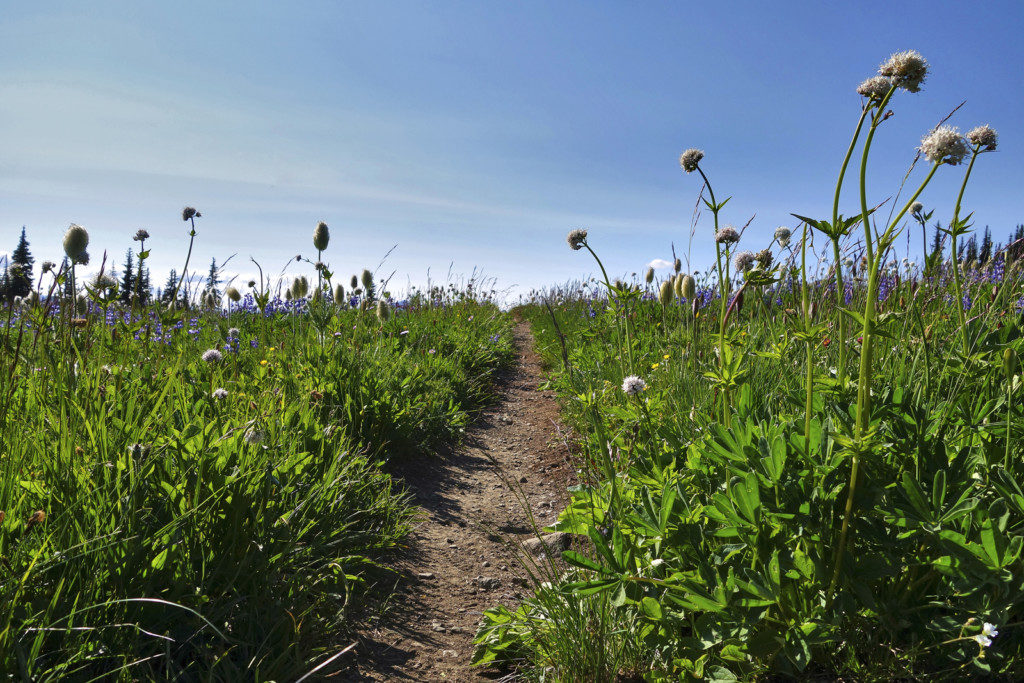 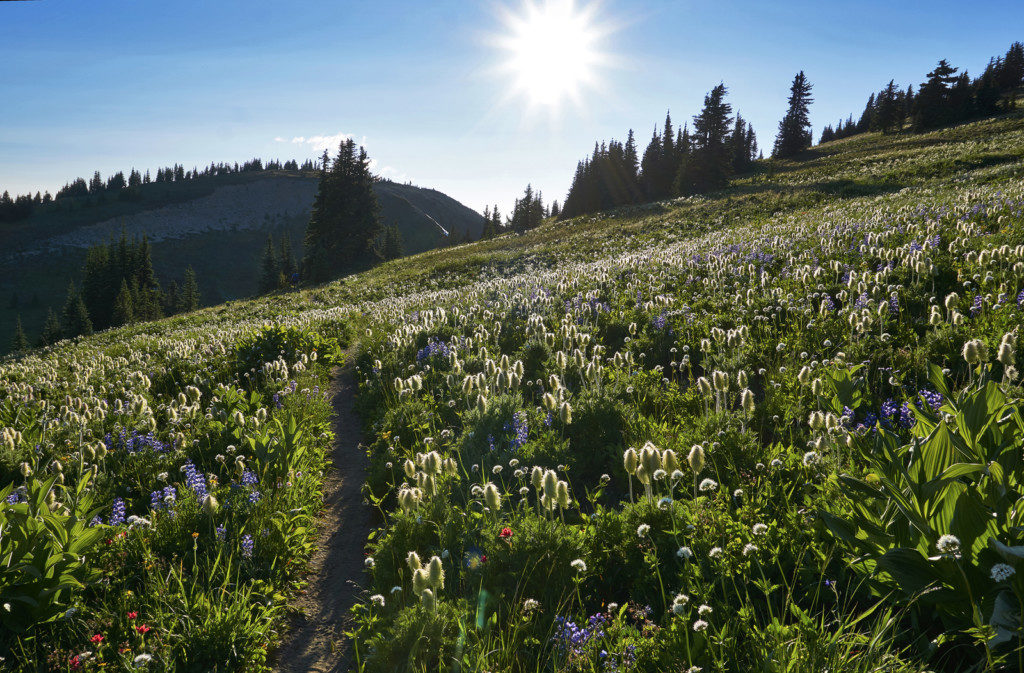 Looking Back Towards the Ridge to Nicomen Peak 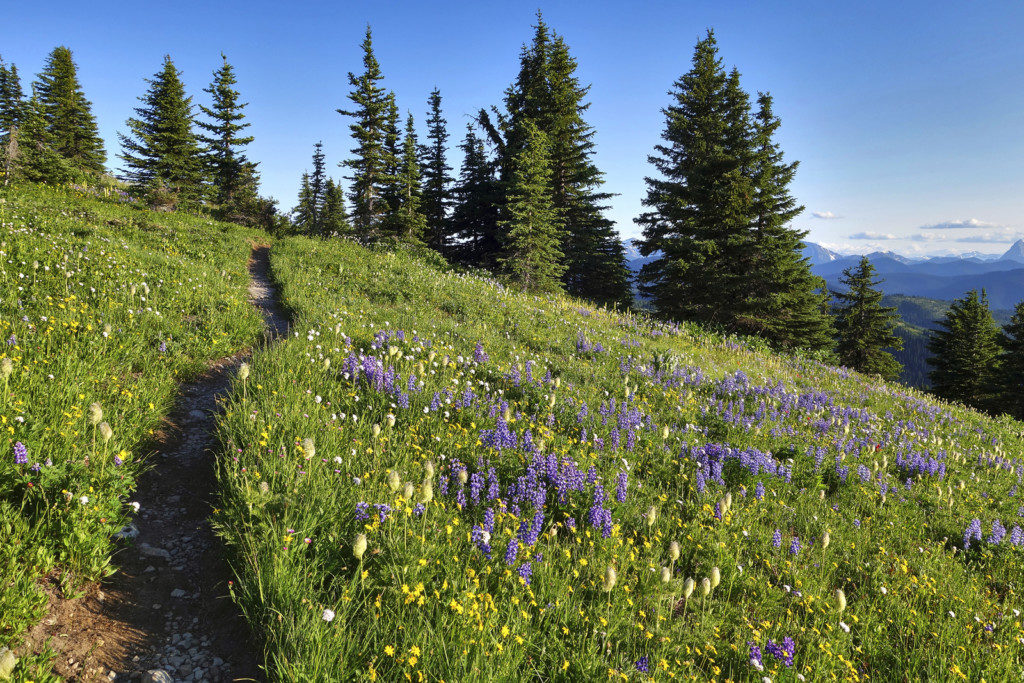 More Meadow Views Along the Trail 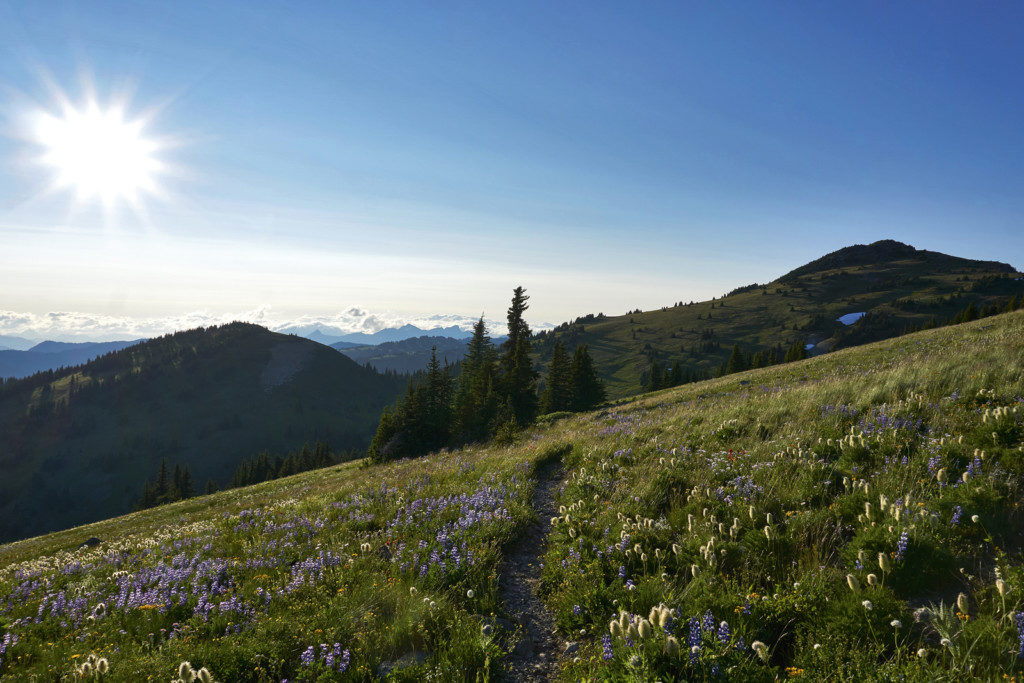 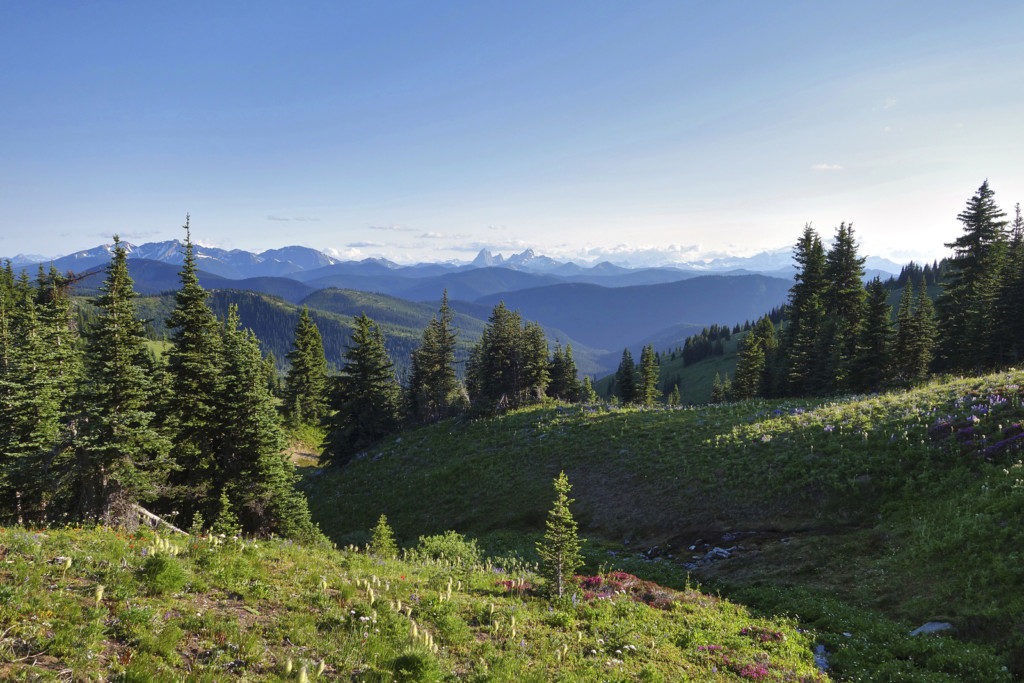 View of Hozameen in the Distance 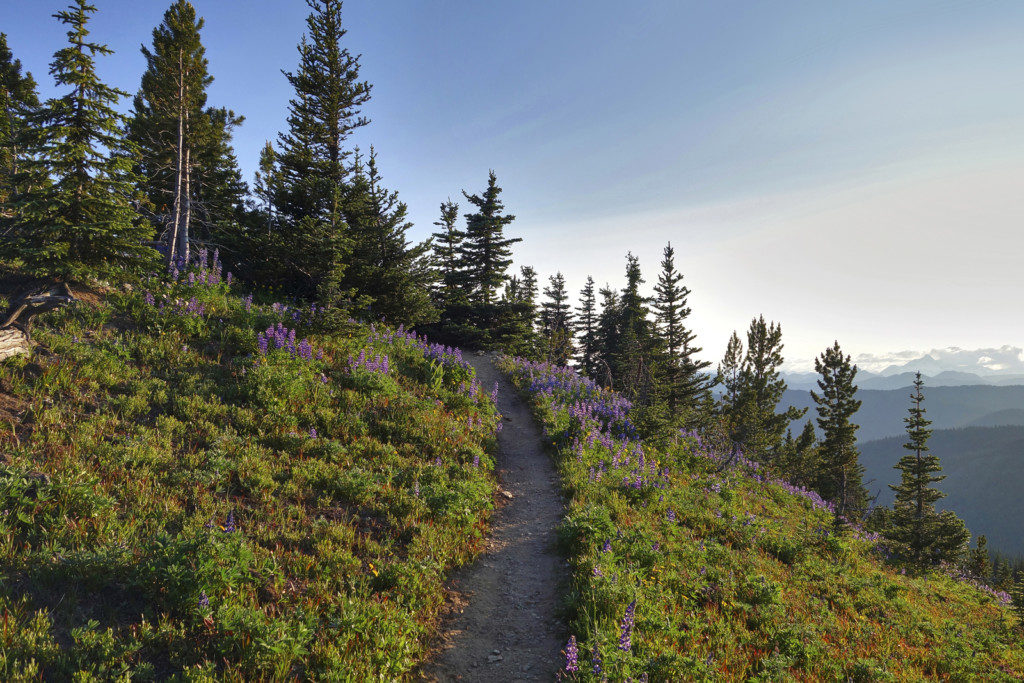 Sunset Colours Along the Trail

When we reached the lot, I took a look at my GPS and realized we totaled 44.59km – my first ever ultra marathon distance hike! Would I do it again in a day? Absolutely. Maybe with a few more summits along the way by the time next summer rolls around.

Of course, steady blood sugars were key to complete a trip like this. I ate either Shotbloks or Skratch gummies every 30-60 minutes depending on the terrain (up hill, downhill, or flat). My blood sugars dropped quite a bit near Nicomen Peak. Just before the drop down to Nicomen Lake, we stopped for an extended break to re-fuel and bring my sugar levels up. Other than the drop near the peak, blood sugars were consistent throughout the day.

We also stayed well hydrated throughout the day. I went through my 1L of water and stopped at all running creeks for more water.

← Wildfire Season in BC, One More Long Weekend to Go
2017’s Most Popular Hikes →
Tweet

One Comment on “Hike the Heather Trail to Nicomen Peak, E.C. Manning Provincial Park, BC.”