Trip Report: Early Saturday morning, Ryan and I headed up the Coquihalla. Our goal was to snowshoe up to Iago peak and possibly explore Great Bear peak, a little further beyond.

As we have been compiling a list of hikes we’d like to complete this summer, Ryan and I thought to squeeze in *possibly* our last snowshoe for the season. Our goal was to find a reasonably short trip with ideal snow conditions (given our warm weather) and a vantage I hadn’t already seen (ruling out our usual suspects: Garibaldi Prov. Park, Anmore, North Shore, etc.). Ryan suggested something on the Coquihalla; after flipping through his previous trip reports of the area, we decided on Iago and Great Bear peaks.

Iago peak is west of the Coquihalla Summit area. It overlooks the Coquihalla highway and it is surrounded by various peaks including: Markhor, Needle, Flatiron, Bombtram, Yak, Nak, Thar, and the Anderson River peaks. Iago is one of the most accessible peaks in the area. 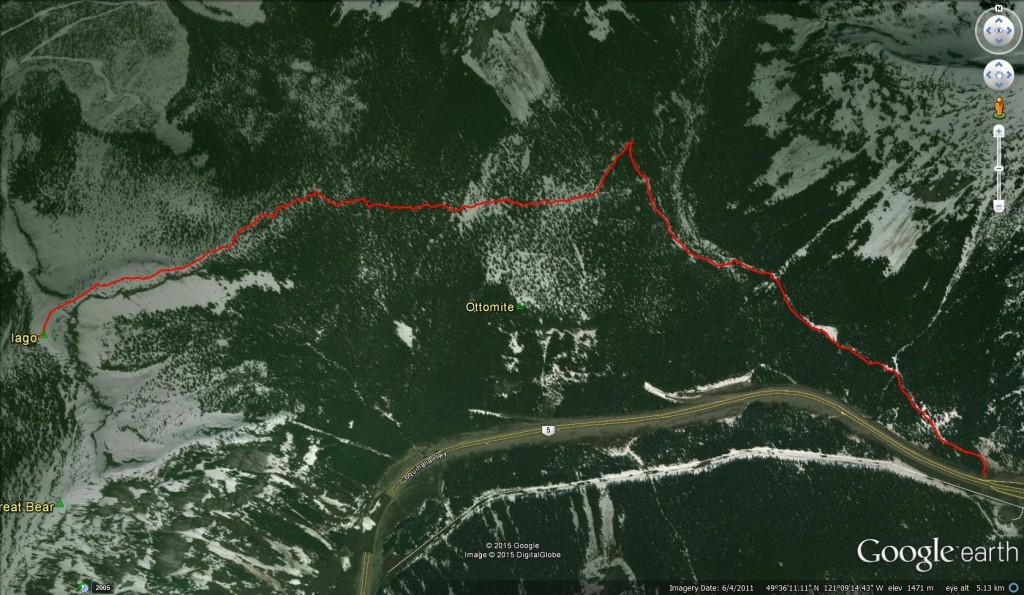 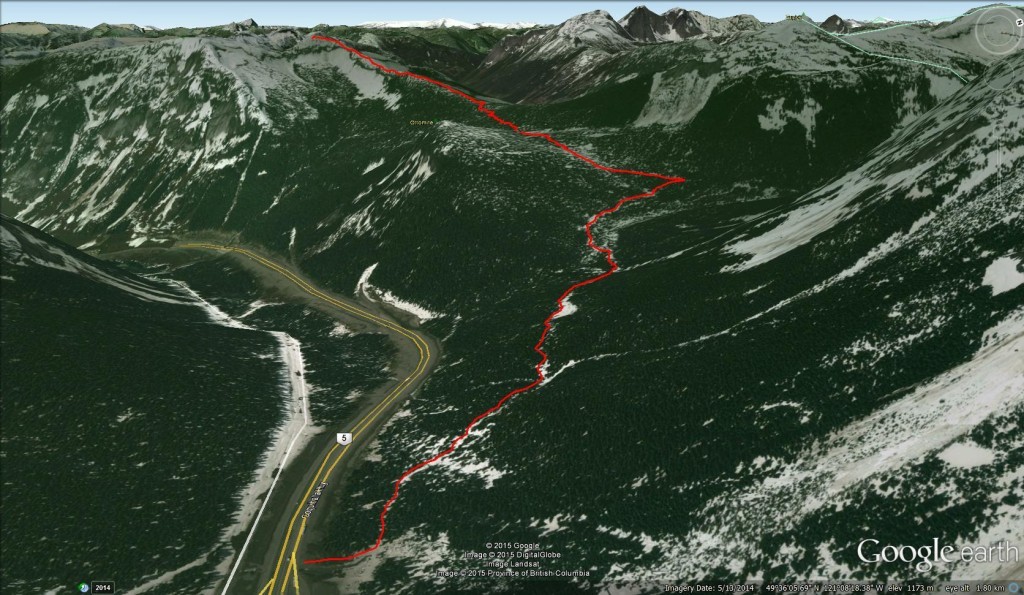 The trailhead for Iago is at the Zupkios rest area on the Coquihalla Highway, about half an hour past Hope. Directions:

✓ Head east on Hwy 1, drive past Hope and onto the Coquihalla (Hwy 5).
✓ After the Great Bear snowshed, take the first exit on the right.
✓ Turn left and drive through the tunnel under the highway.
✓ Park near the washrooms (Zopkios Rest Area).
✓ Total drive time from Hope is about 30 minutes.

The trail itself starts off of the gravel parking lot on the far end of the rest area – look for an old, somewhat overgrown road that parallels the highway. 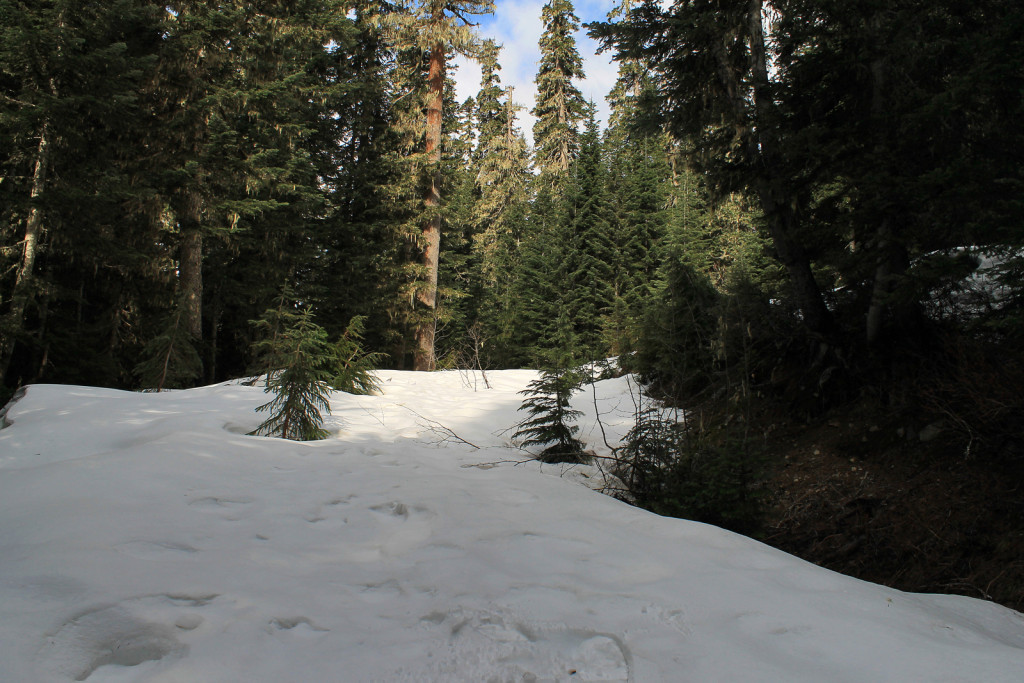 The first part of this trail is a double track road; it’s also the same access for the ZLA (Zupjok, Llama, Alpaca) ridge and Ottomite peak. We were worried about postholing and put our snowshoes on within 50m of the rest area. We would have been fine waiting a bit longer – the trail along the road was alternating snow patches until we reached the major creek crossing, approx. 2km in. 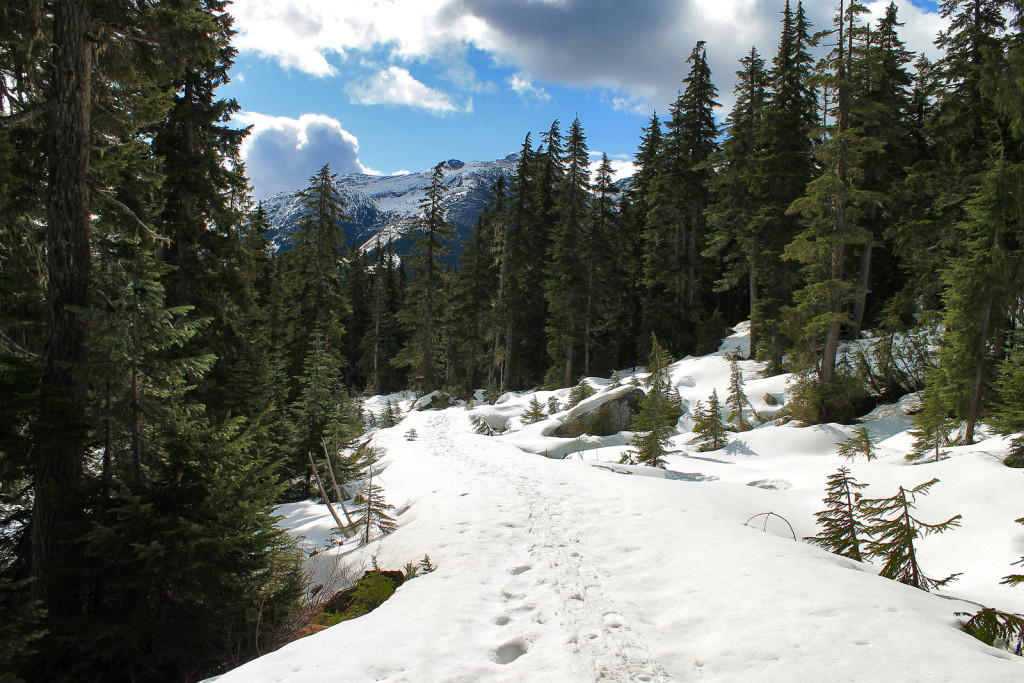 We left the road and entered a basin. We followed old tracks, as we zig zagged through trees, to the col between Zupjok and Ottomite. From here, we continued north and contoured Zupjok peak until we reached another col between Zupjok and Iago. Ryan was surprised to find occasional flagging which seemed to mark the easiest route through the col. 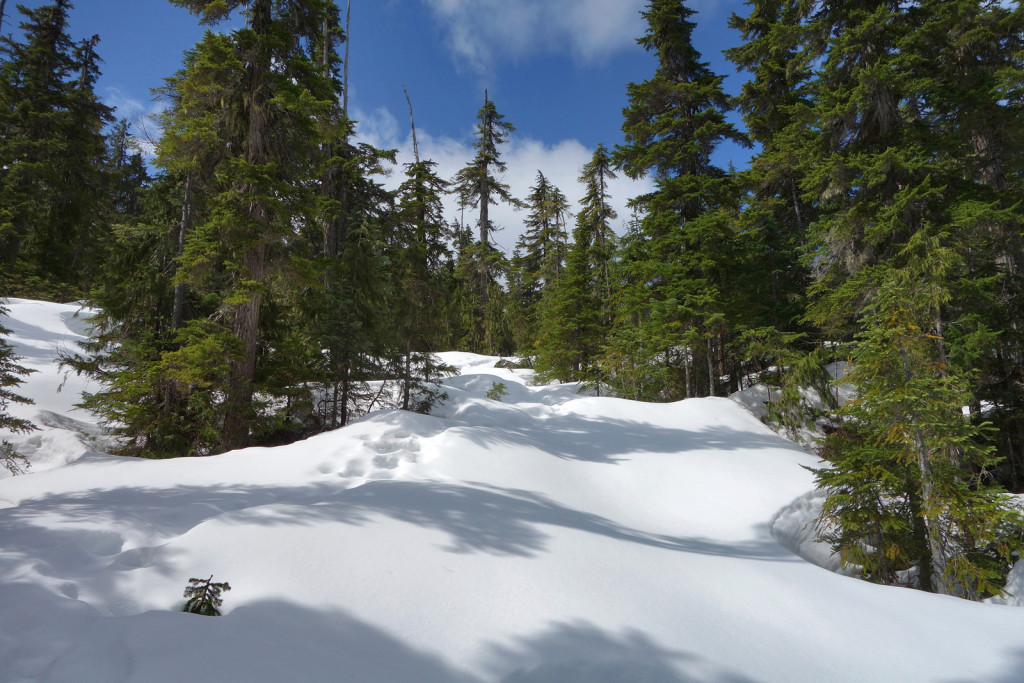 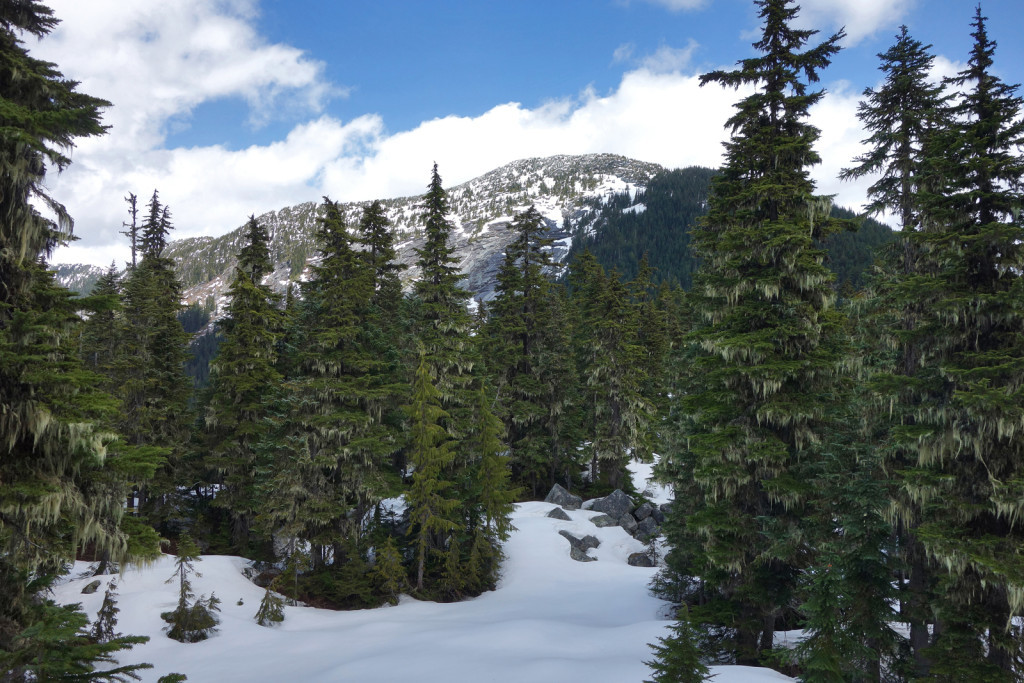 We reached the start of the ridge. The trail continued uphill and the trees began to thin out. The ridge itself had some steep sections, but no serious exposure. As we gained elevation, views of the surrounding mountains opened up. 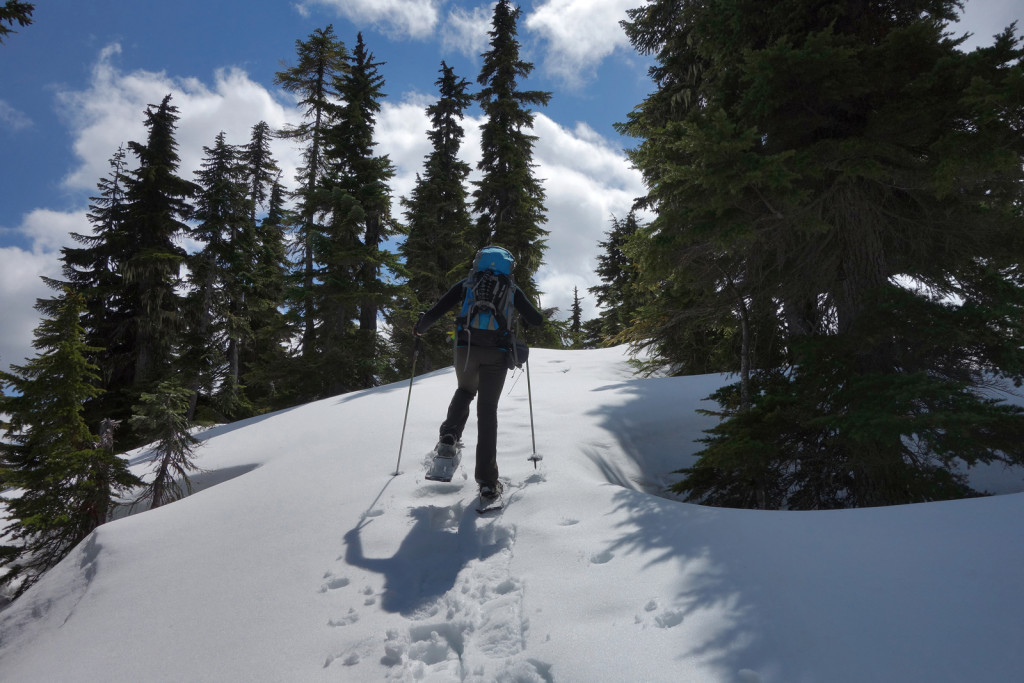 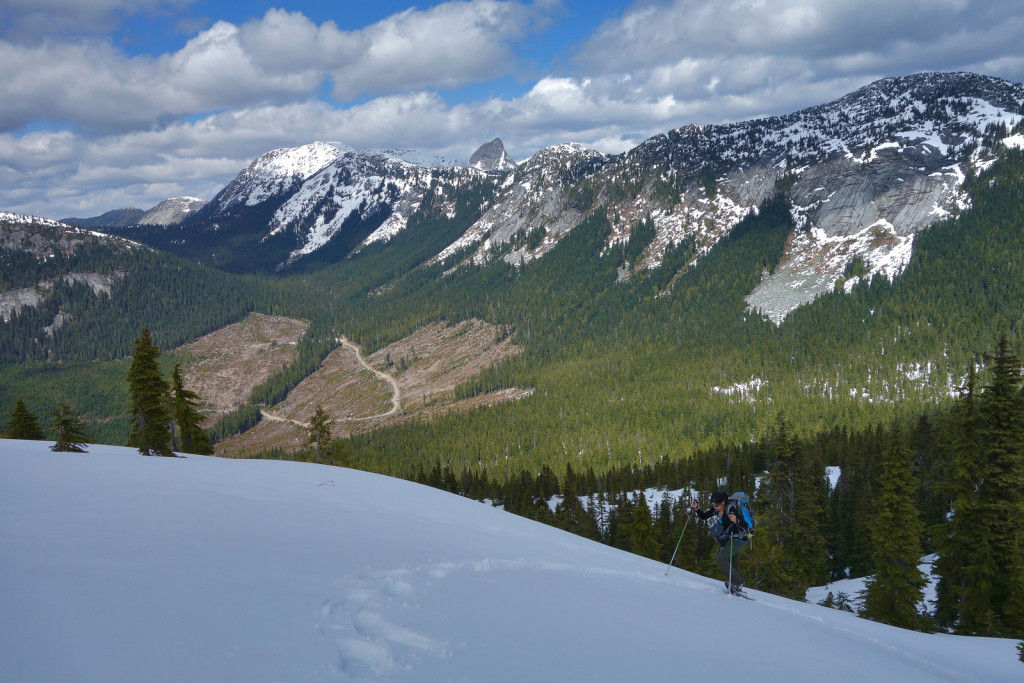 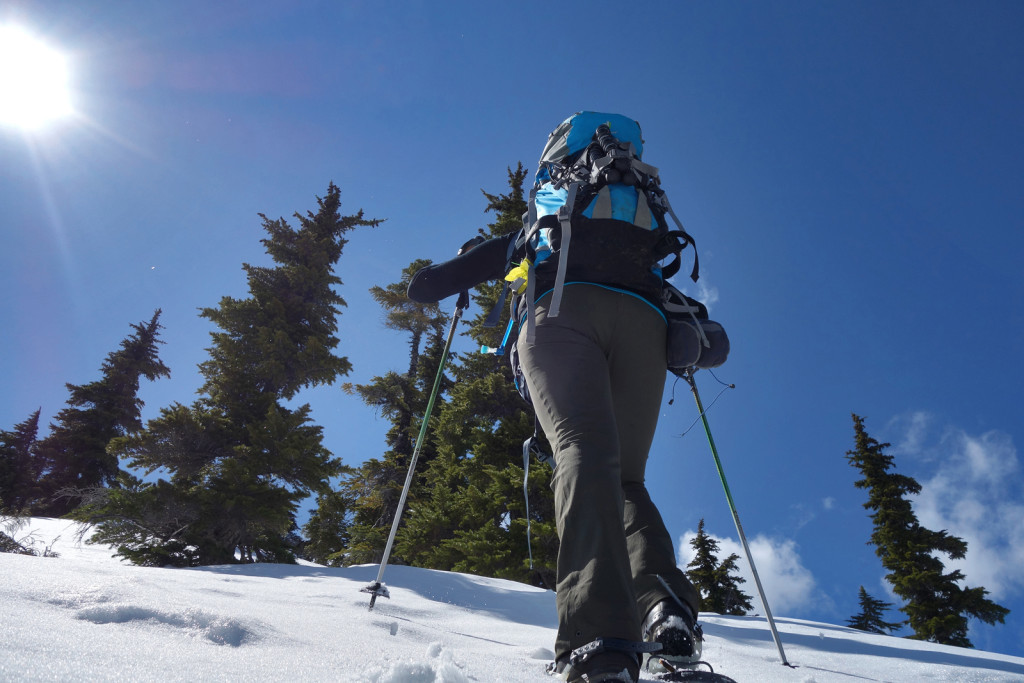 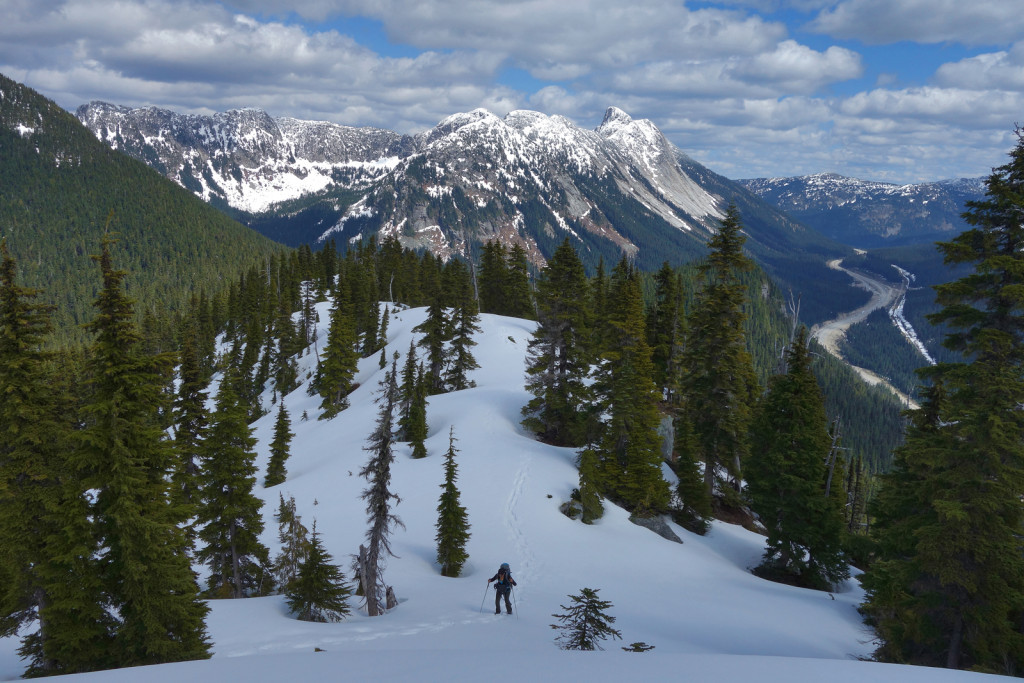 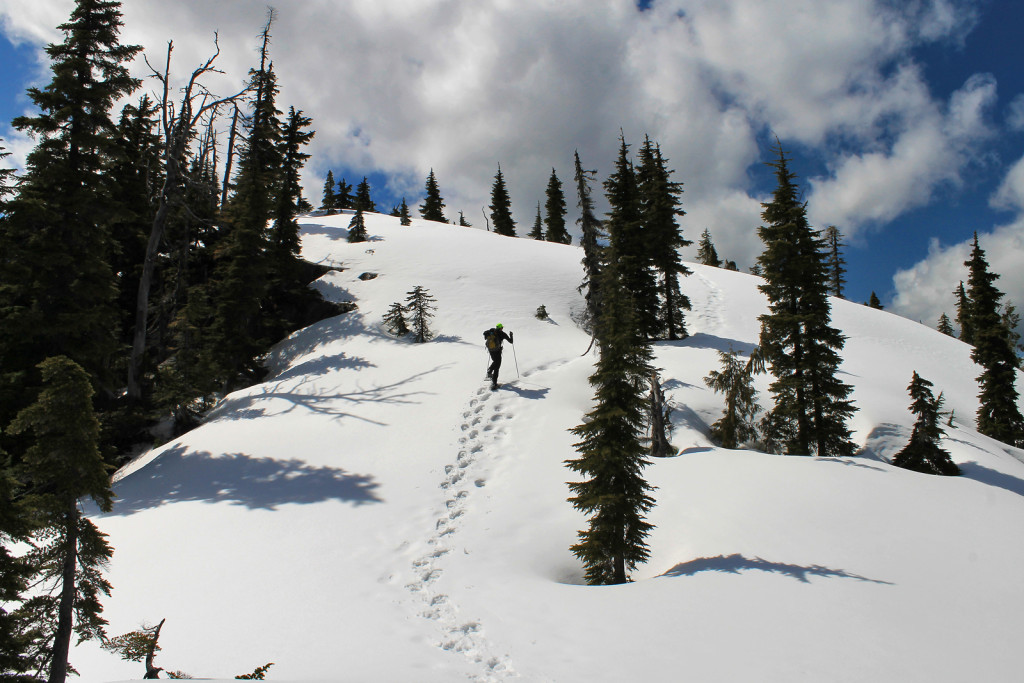 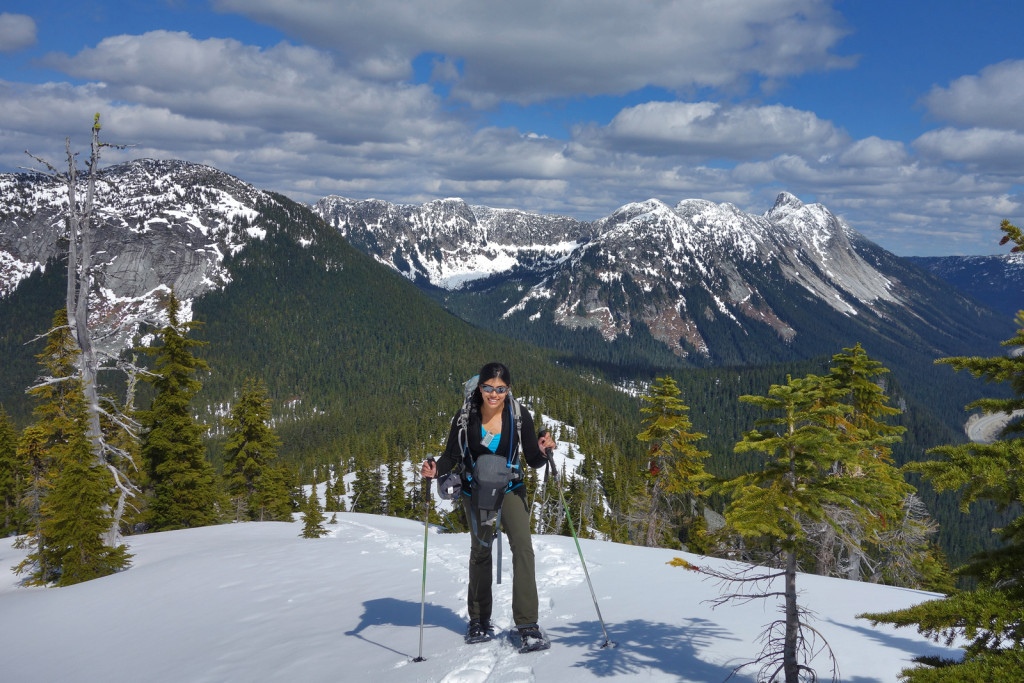 The trail continued along the ridge with the final section winding to the broad summit plateau. 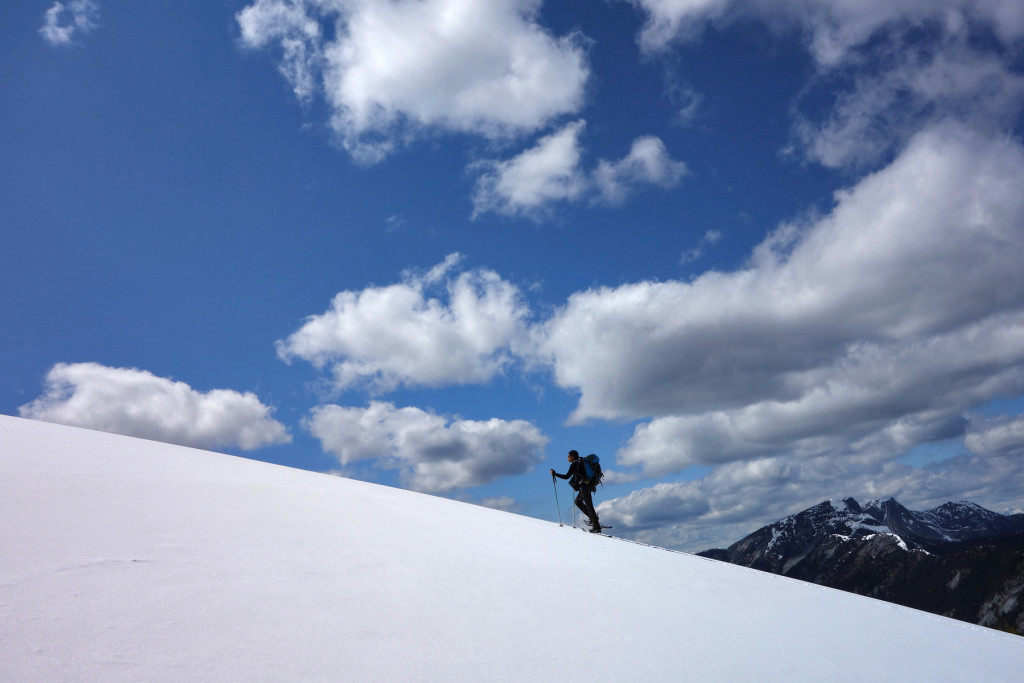 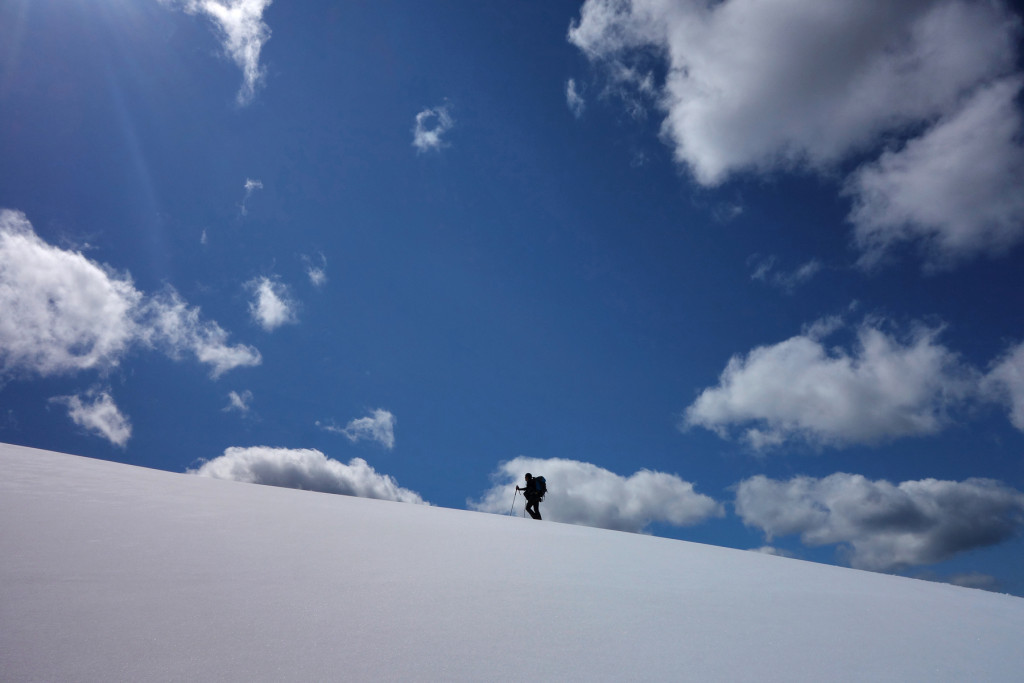 When we reached the summit, I realized Great Bear was roughly the same elevation of Iago and views would be very similar. We decided to hang out on Iago and enjoy the weather and surrounding views. Each direction revealed more peaks to research and hike. 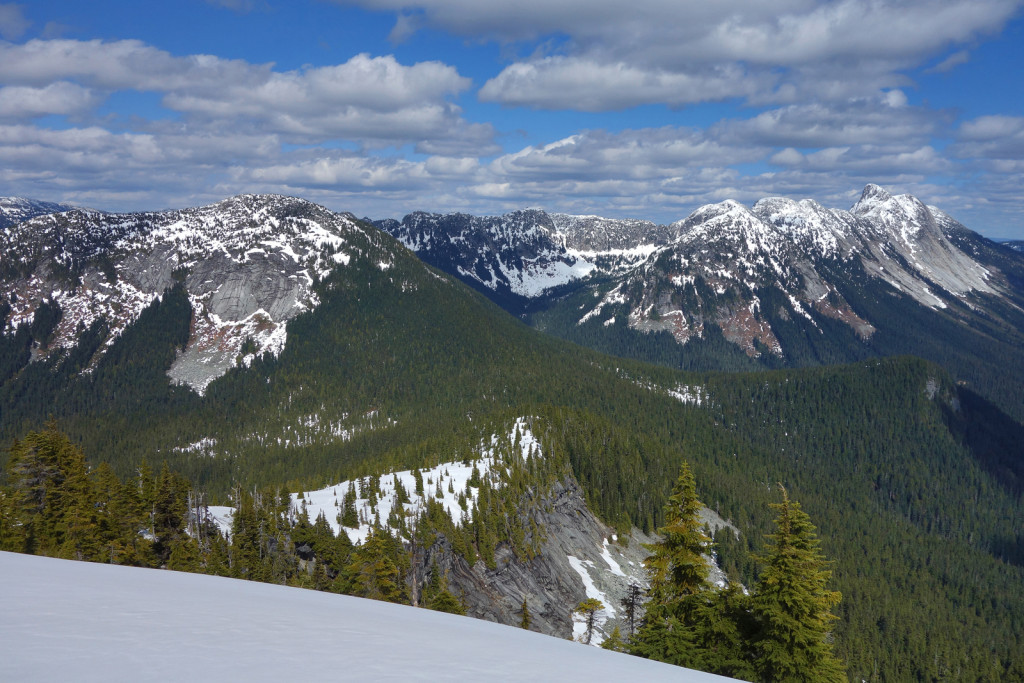 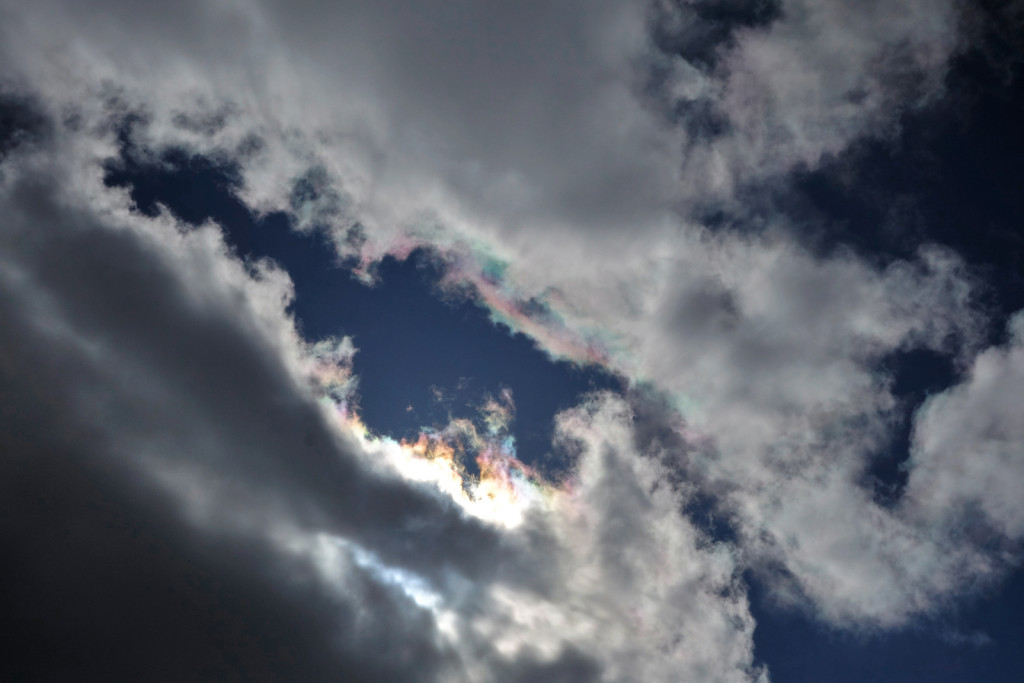 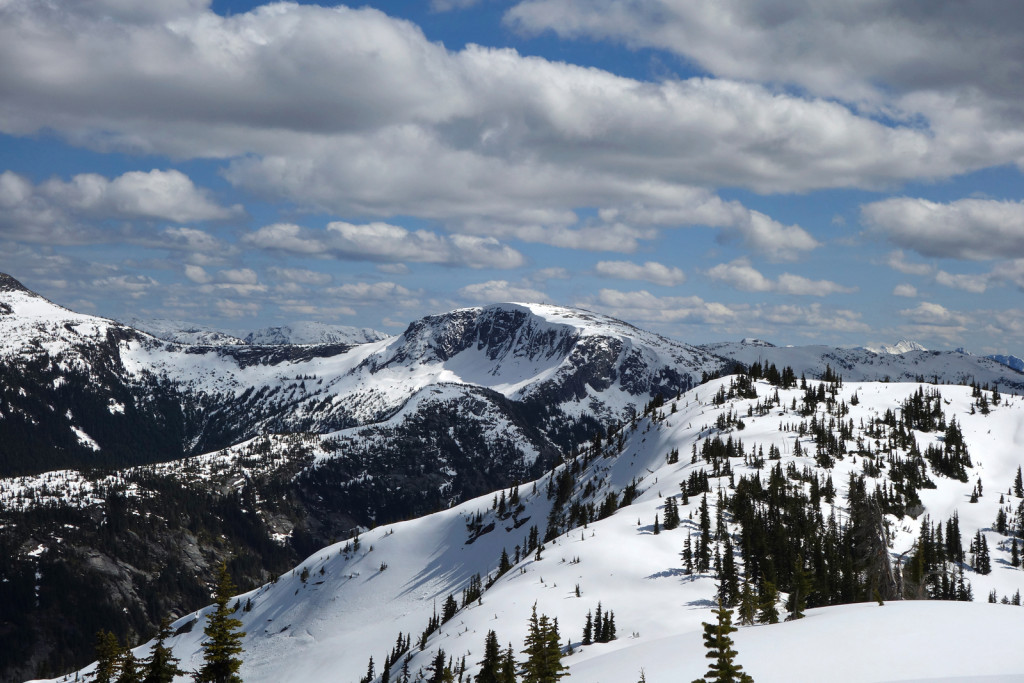 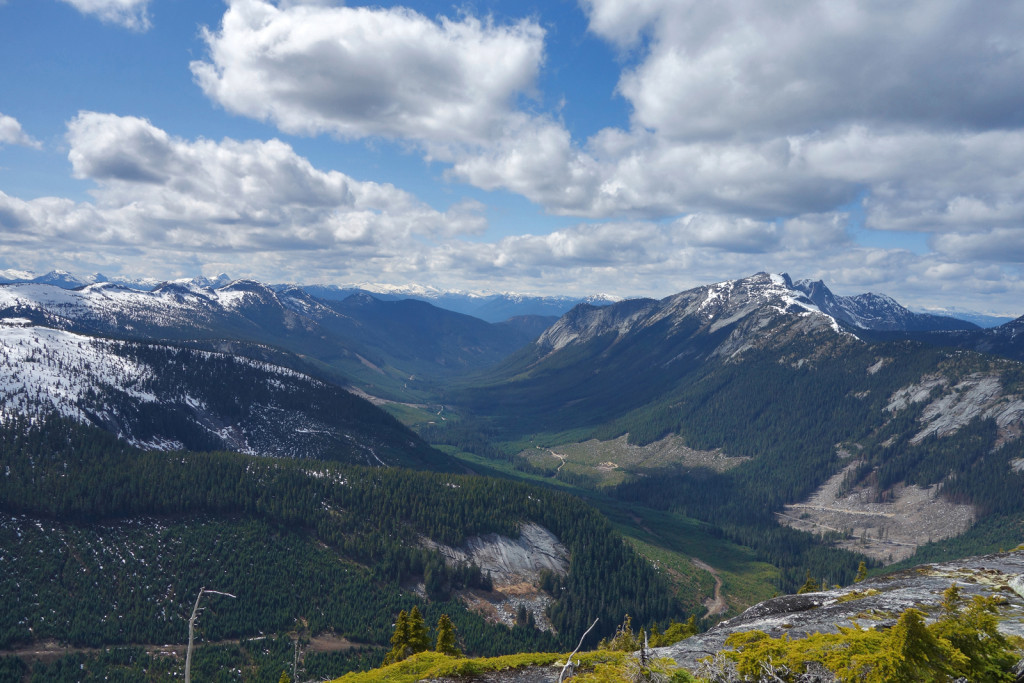 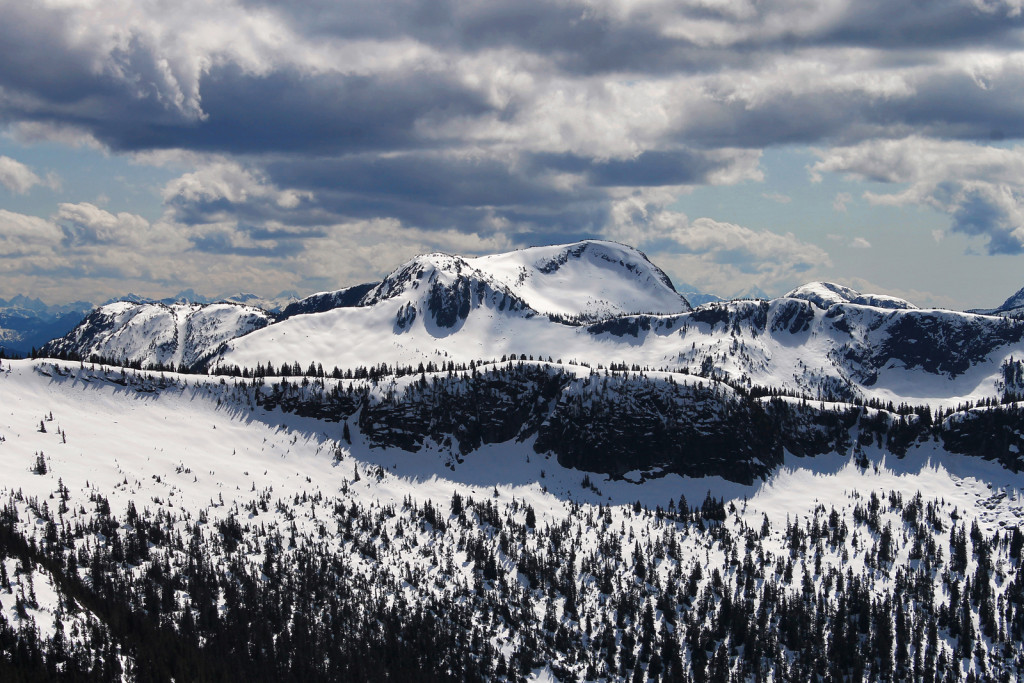 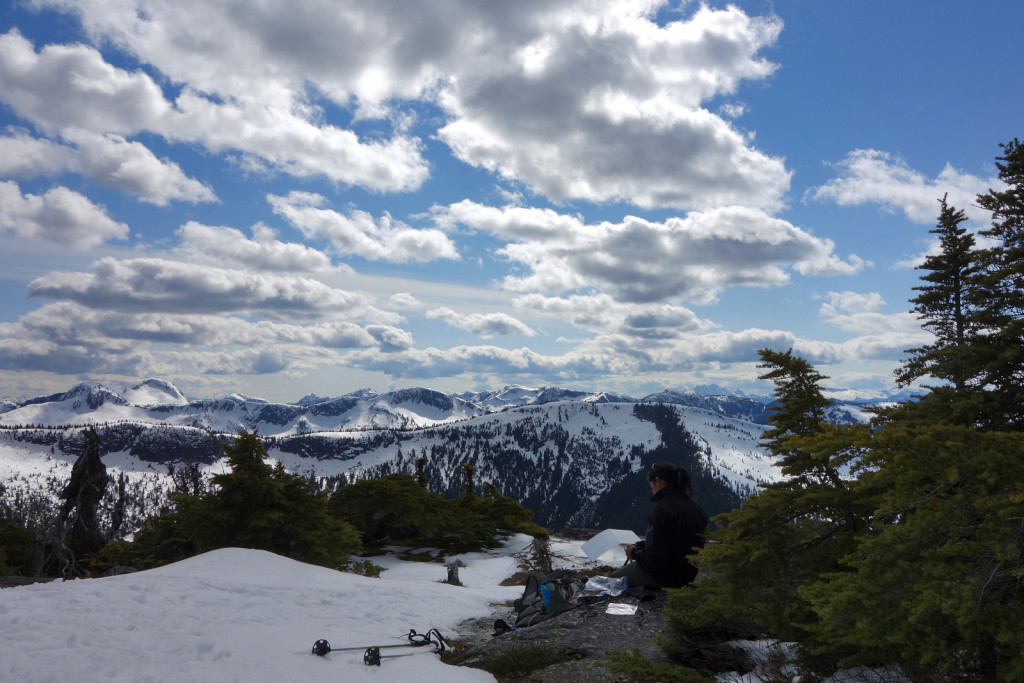 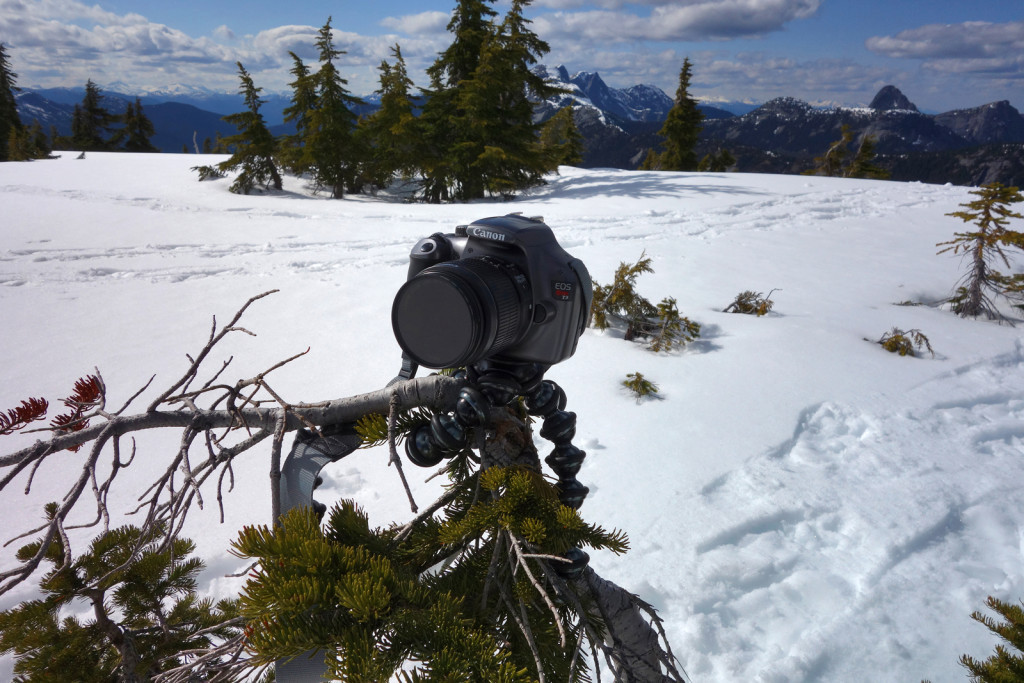 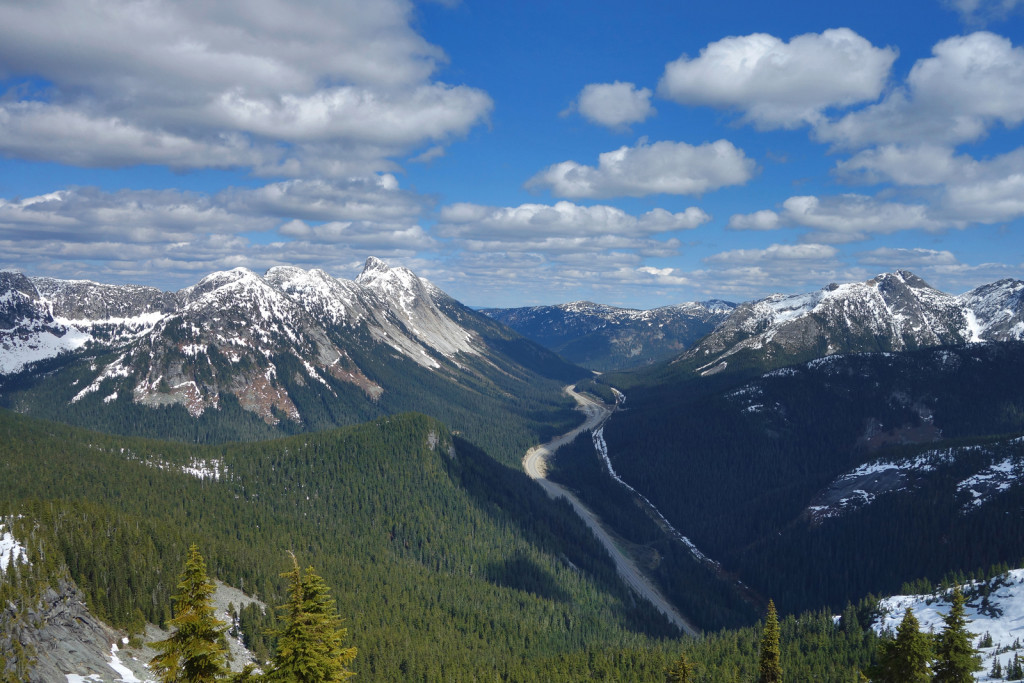 We made good use of the Gorilla tripod and the stunted trees on the summit. 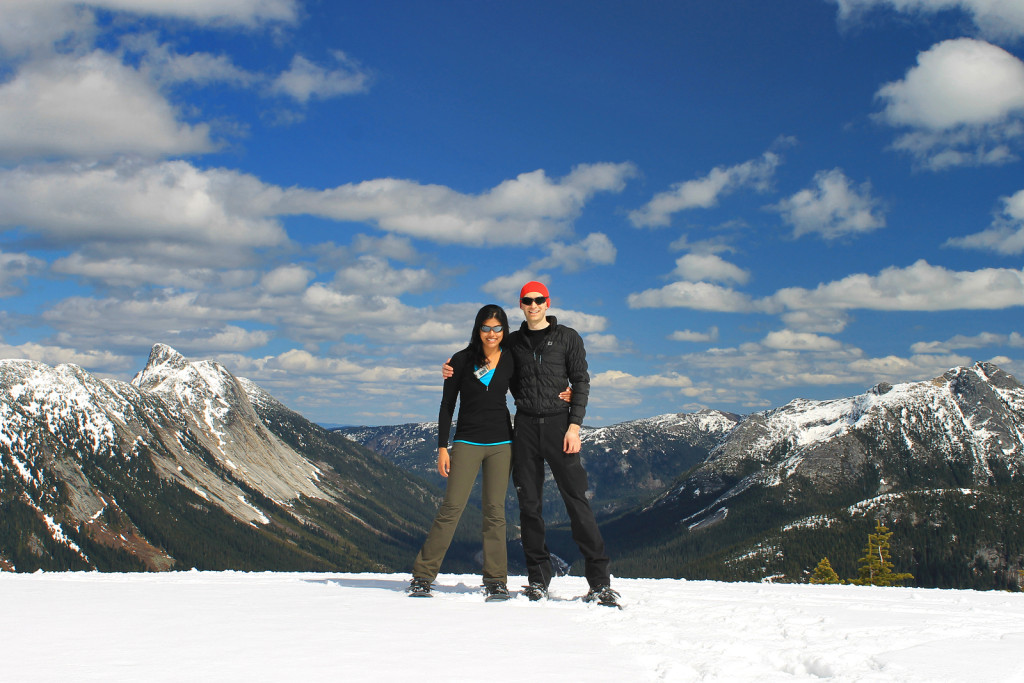 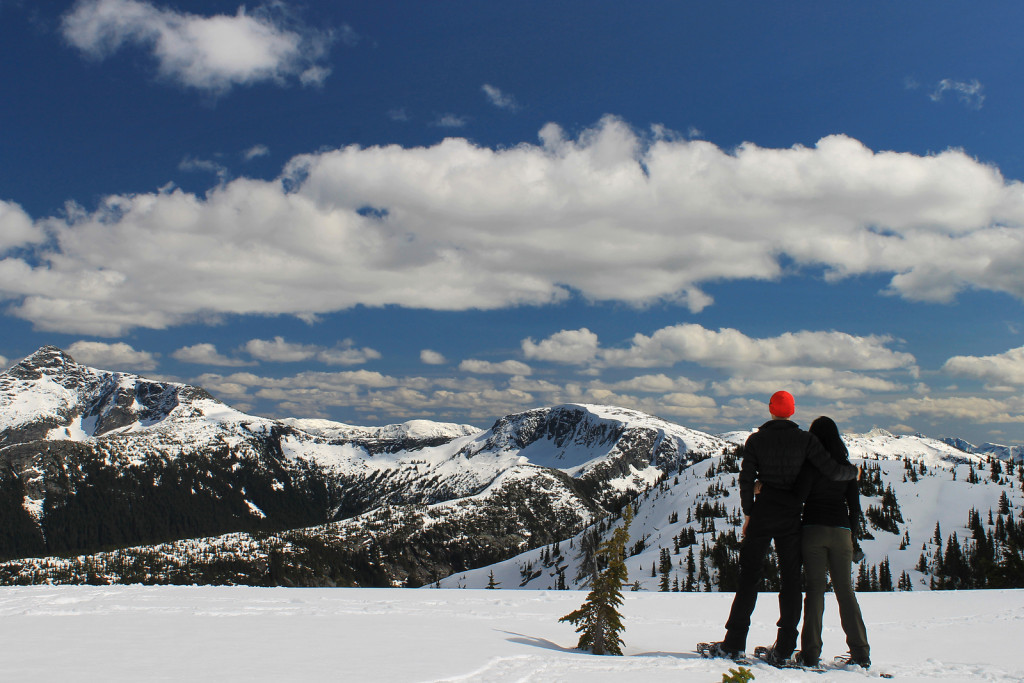 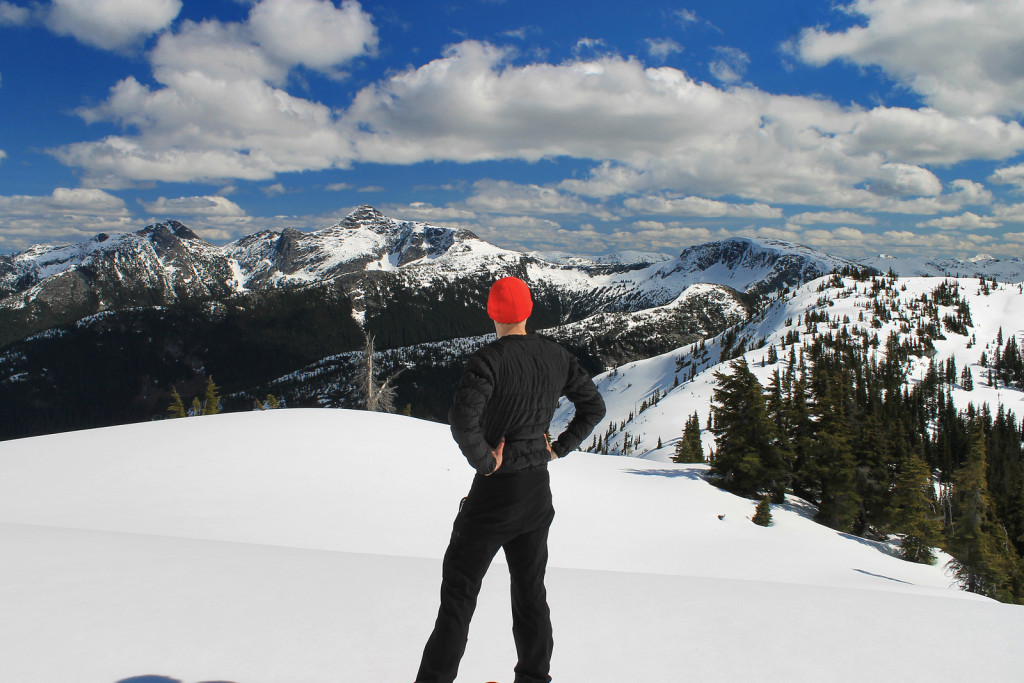 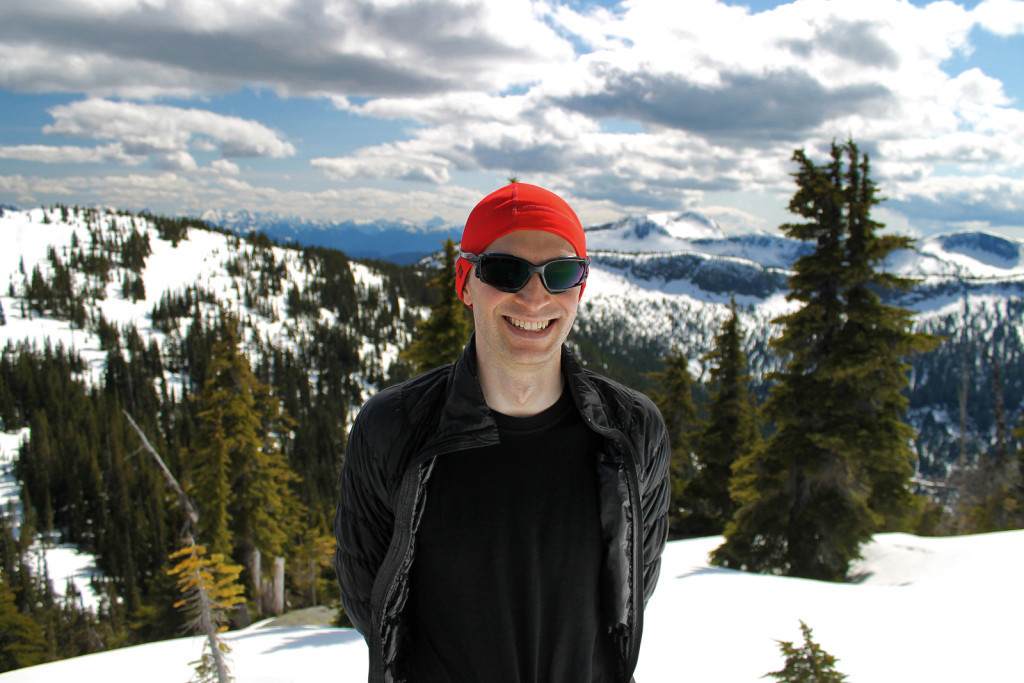 After enjoying a leisurely break on the summit, we retraced our steps back down to the road and then to the rest stop. 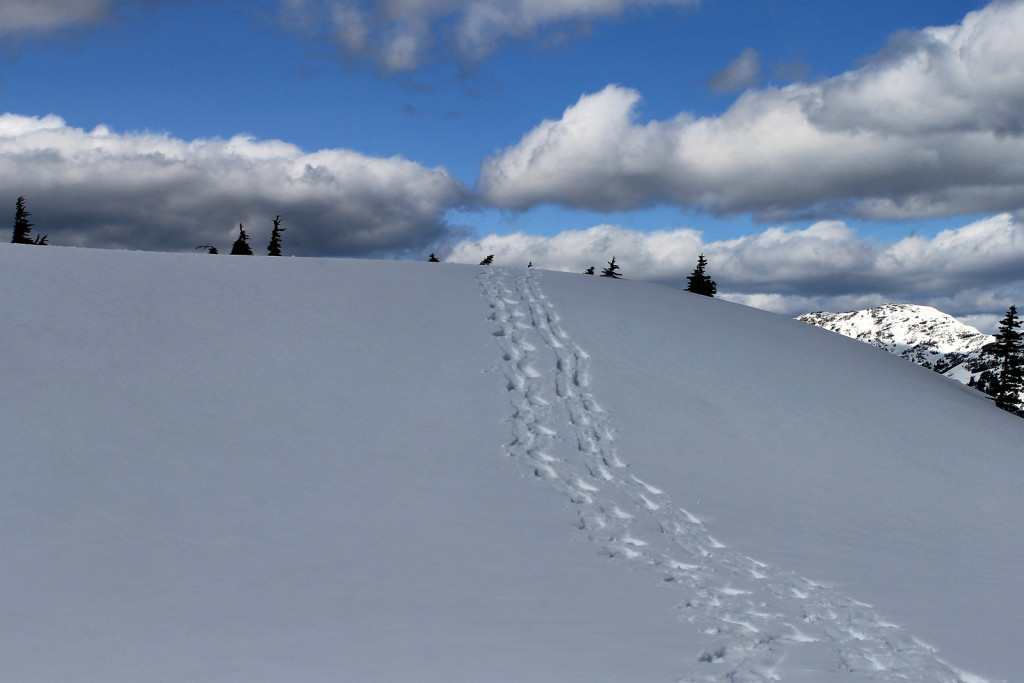 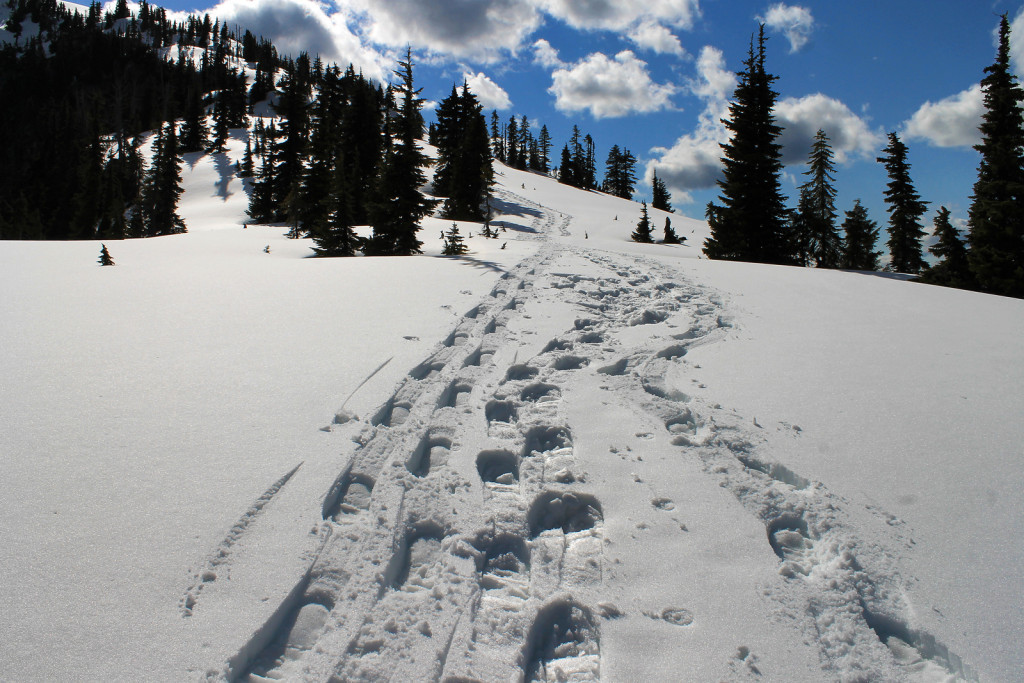 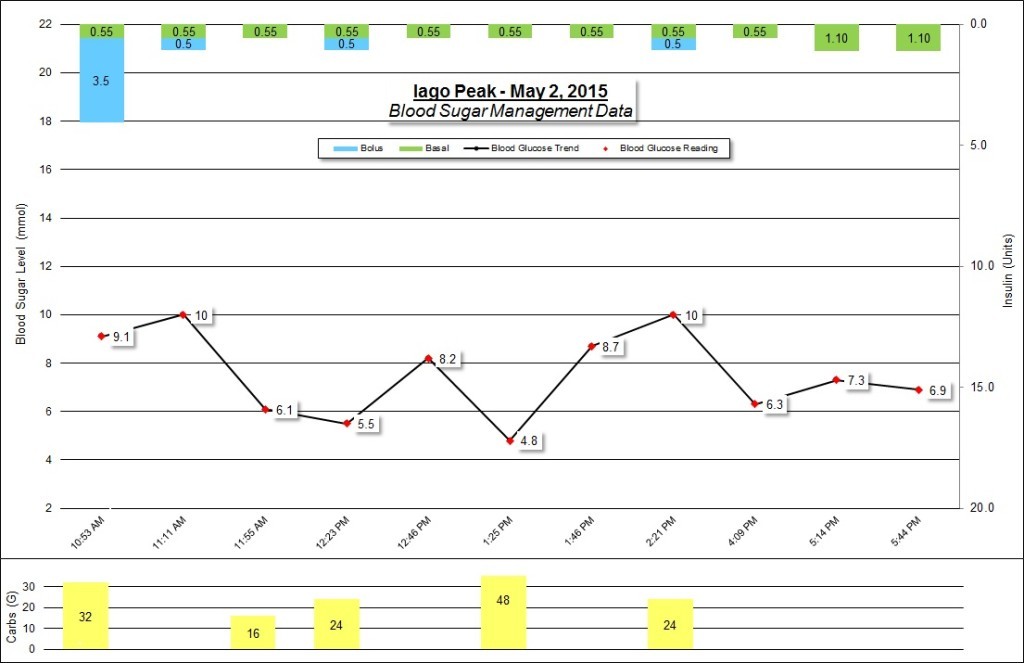 I was very impressed with the views of the surrounding peaks and I can’t wait to get back into the Coquihalla to knock off more summits.