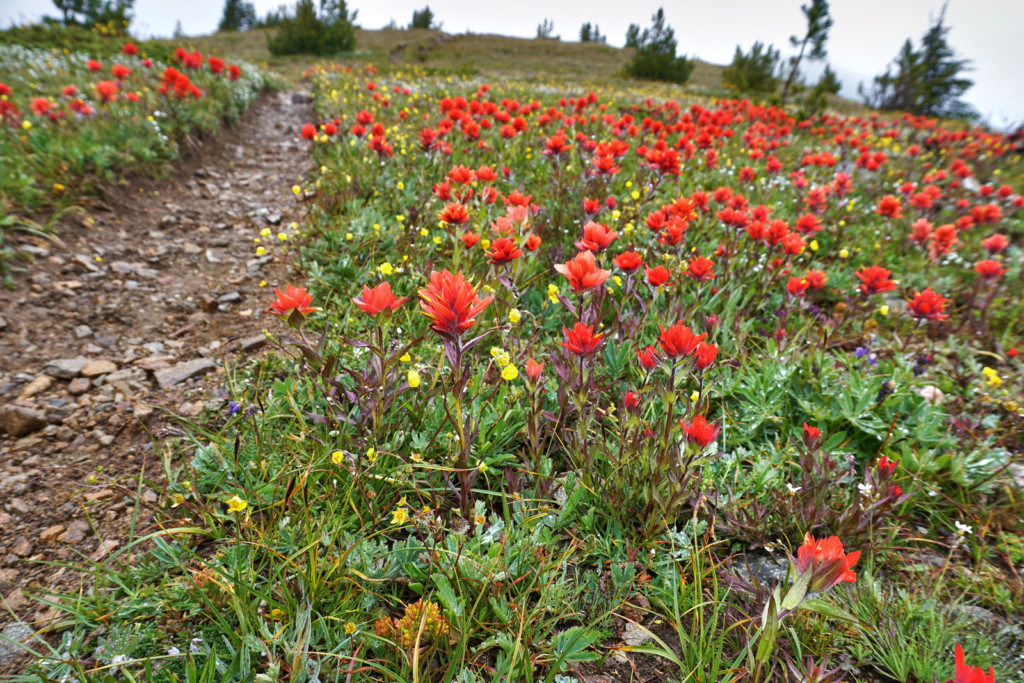 The Heather Trail to Three Brothers is easy and open terrain; including a rocky summit, subalpine meadows & gorgeous wild flowers, and views that extend a ways into the Cascade Range… apparently. We were hiking in a cloud all day and didn’t see the extended views.

Ryan’s been looking to show off Manning Park’s wild flowers for a few seasons now and this was the weekend to do it. The forecasted weather was ~17 degrees, a bit of rain in the morning, and overcast skies throughout the day. It ended up being quite a bit cooler, windy, and a bit more rainy. As for the wildflowers, they hadn’t quite peaked yet, but they were STUNNING and well worth the trip. 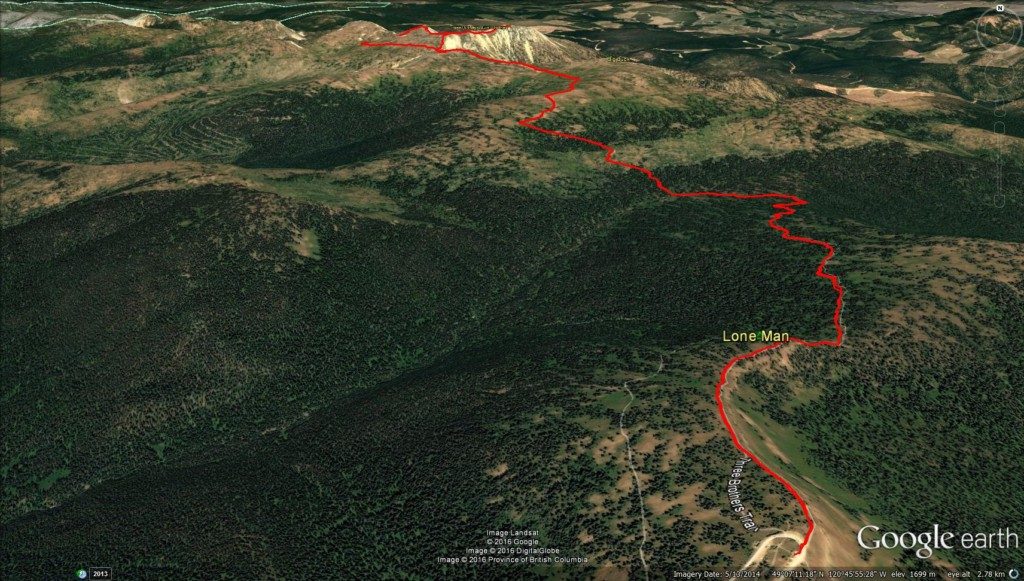 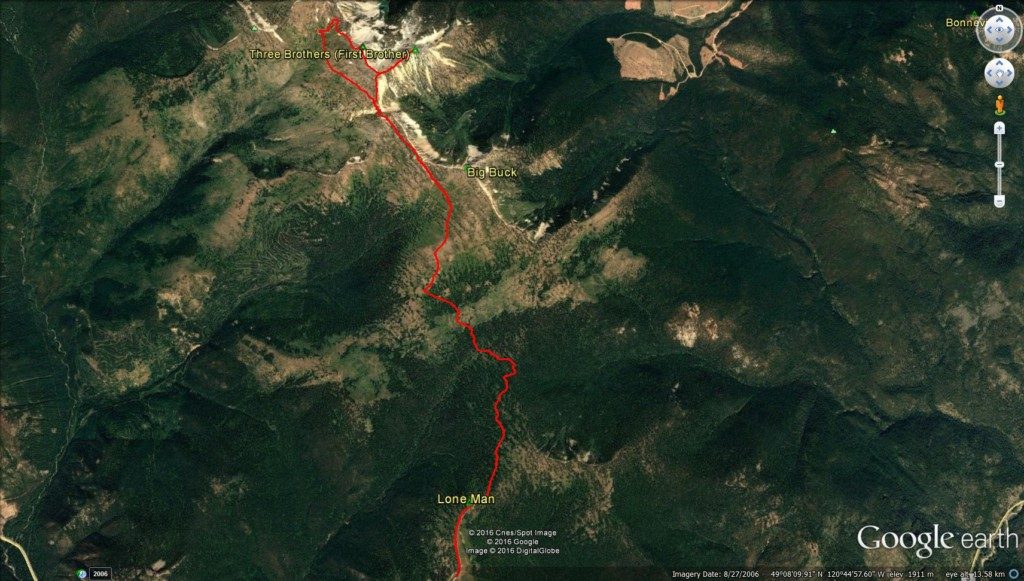 We started at the end of Blackwell Road (by the microwave tower) and hiked along the Lower Paintbrush trail, which eventually connected to the Heather trail. The trail gradually descended to Buckhorn campsite (km ~4.5) where we stopped for a water break. The creeks were still running and available as a water source.

From Buckhorn campsite, we started to gain elevation as we ascended into the subalpine. Along the ridge, the path turned into a single track – offering beautiful views. During our ascent, we were passed by a group of trail runners who were completing a recon run to Nicomen Lake for the Fat Dog Trail Race. We recognized a few runners from the week before at Knee Knacker and stopped to say hello. 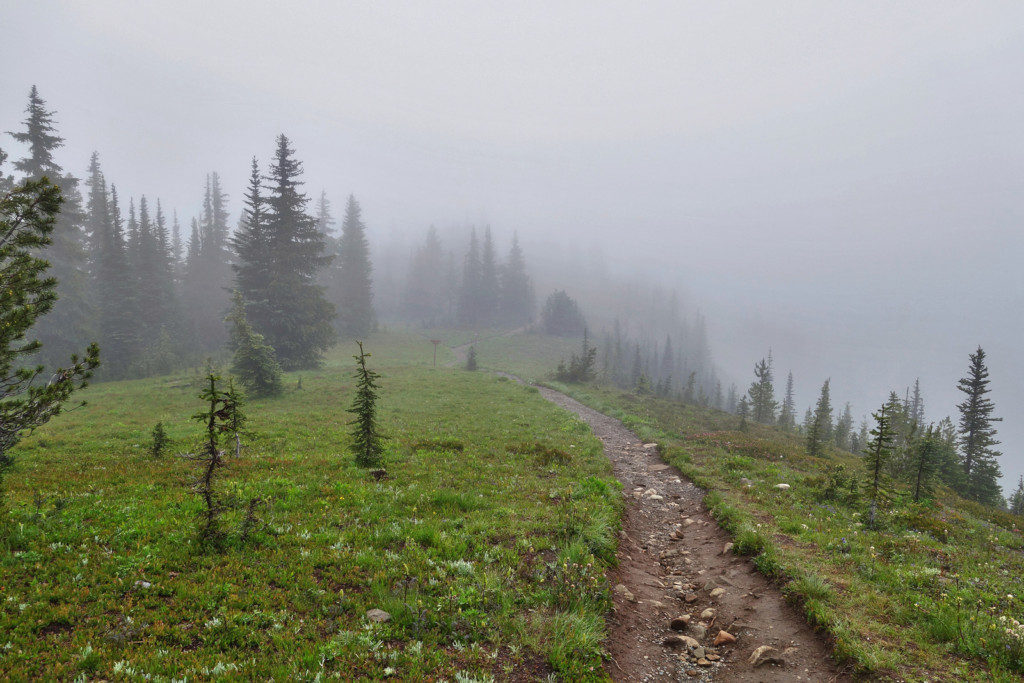 We were stuck in clouds at this point and weren’t able to see much; the wild flowers started popping up here and there. 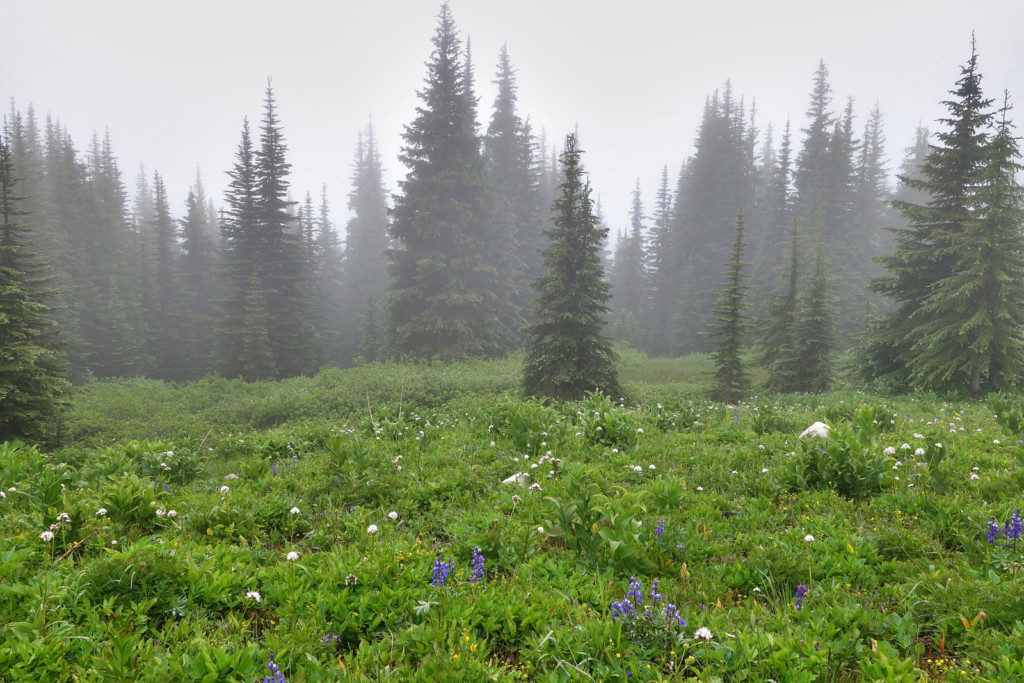 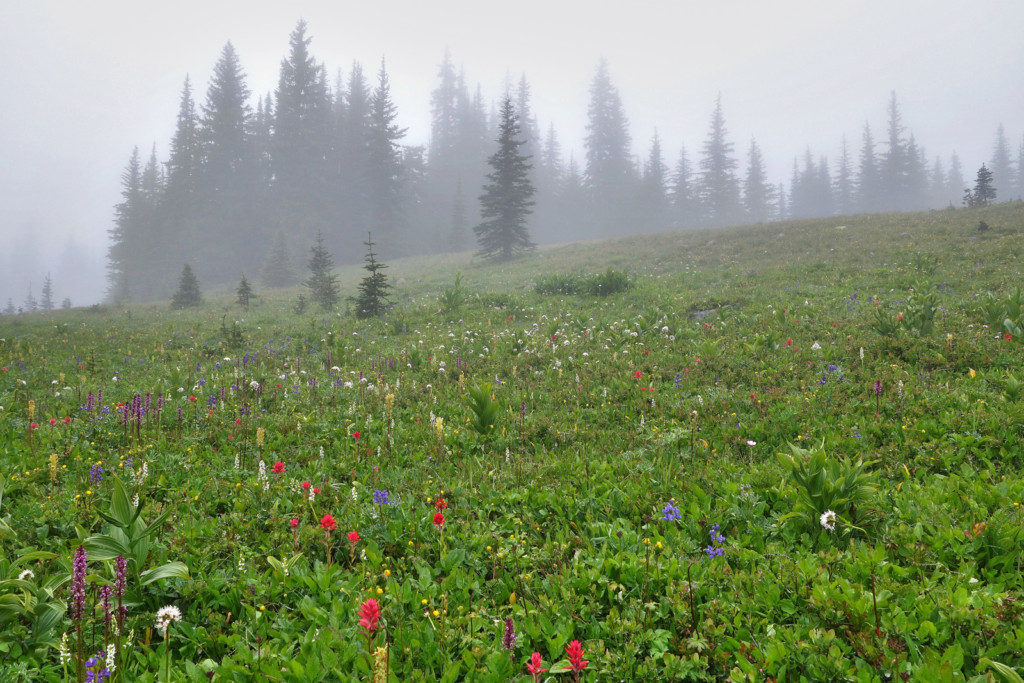 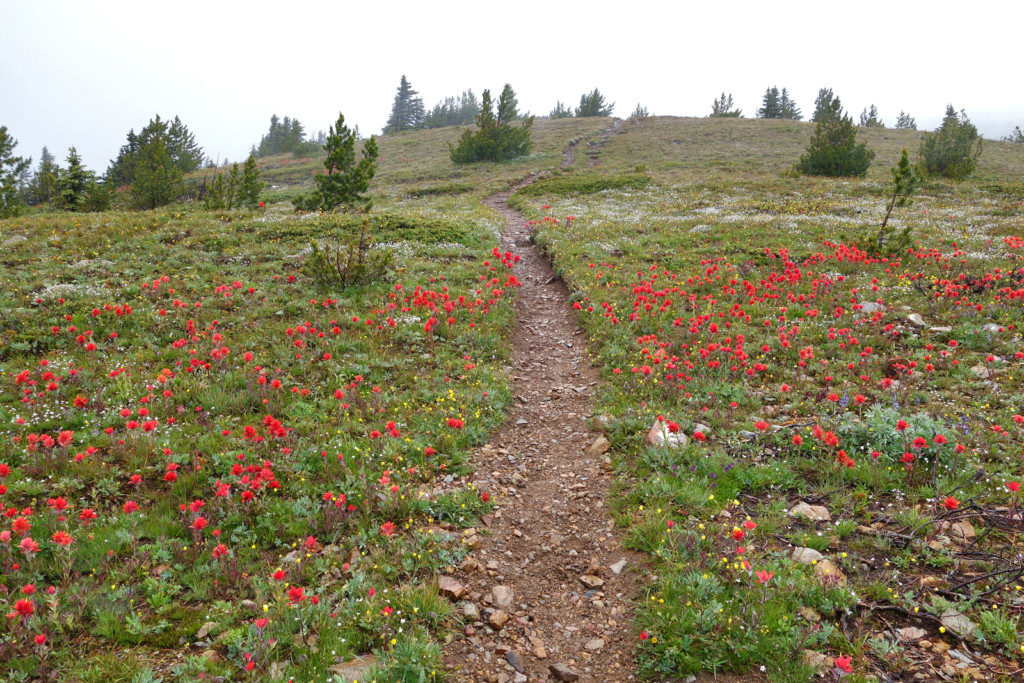 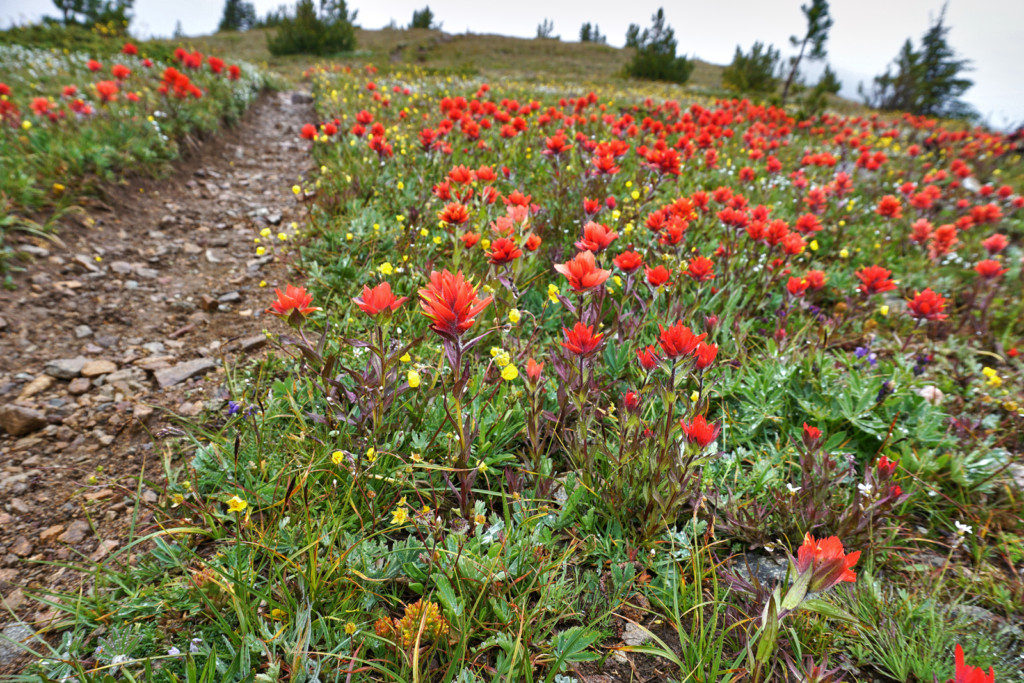 We took the junction to First Brother, gained it’s ridge, and followed the trail to it’s high point. I imagined the views would be great from here! Unfortunately, we were still in the clouds and couldn’t make out much of what was around us, except the ridge we just ascended and views of the Second Brother.

One thing I didn’t quite get, the massive cairn on the summit – it was a bit of an eye sore. 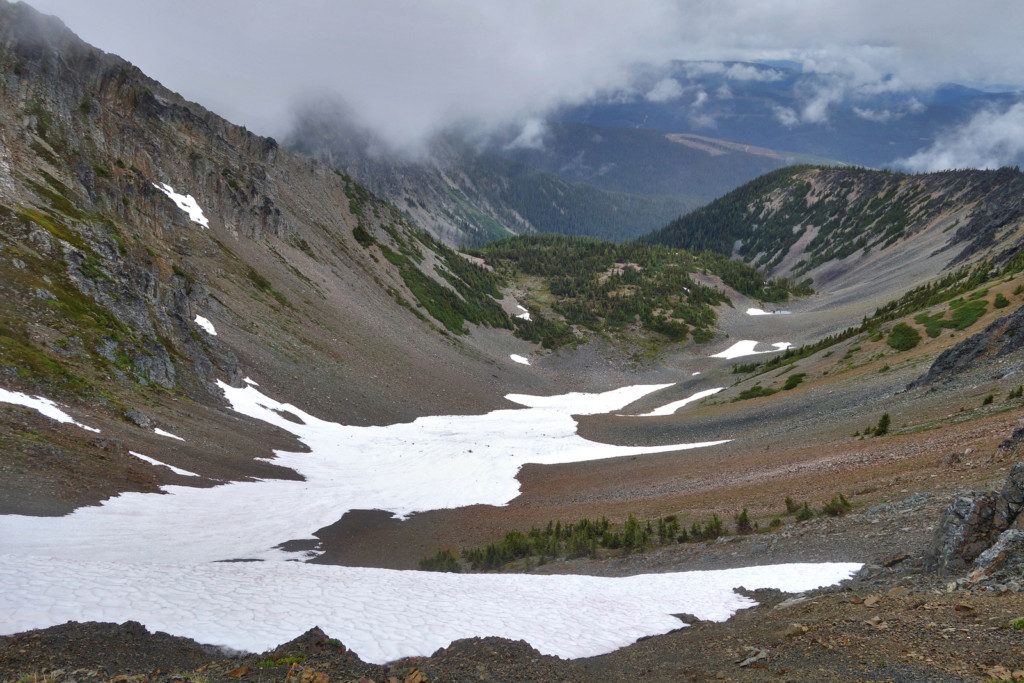 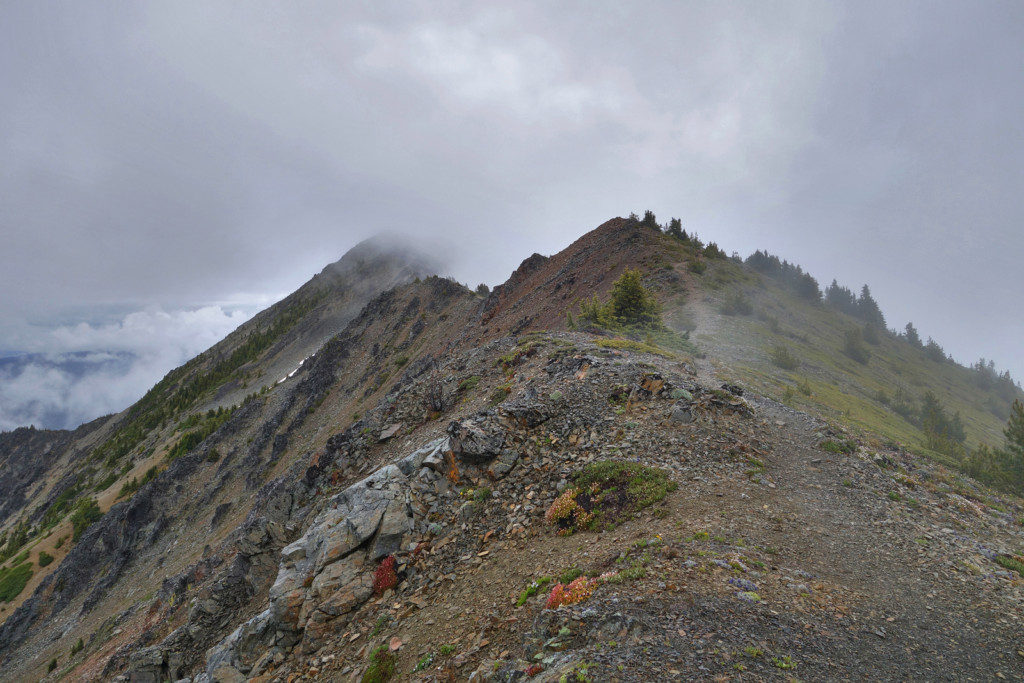 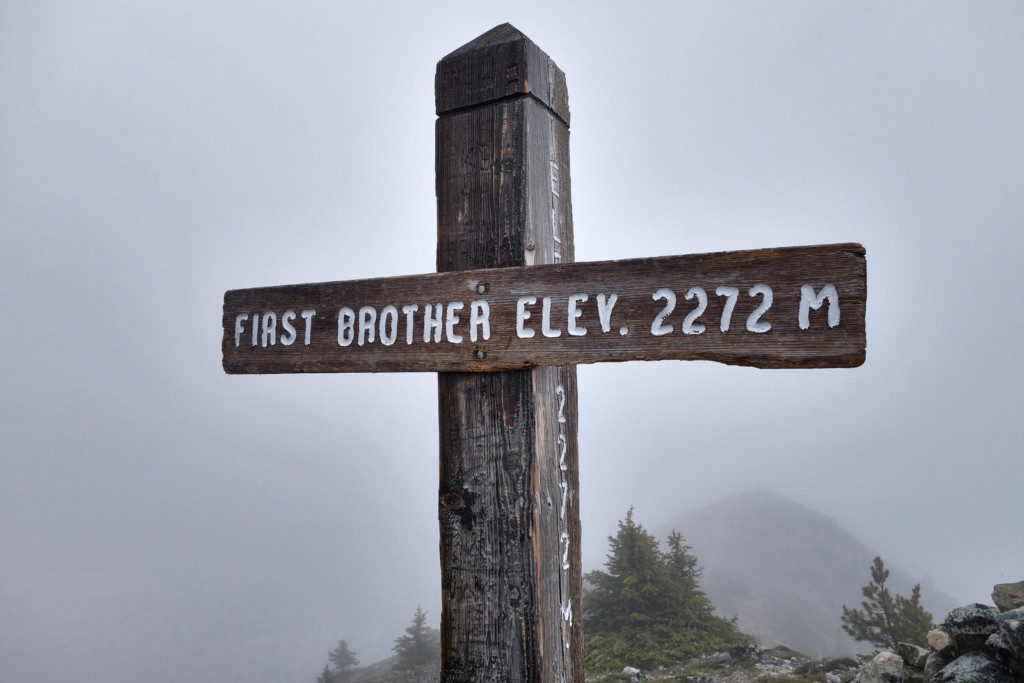 We retraced our steps for a bit and continued along the ridge to the Second Brother. Again, minimal views, not much of a trail, but it was easy ridge walking and we reached the second massive summit cairn surprisingly quickly. 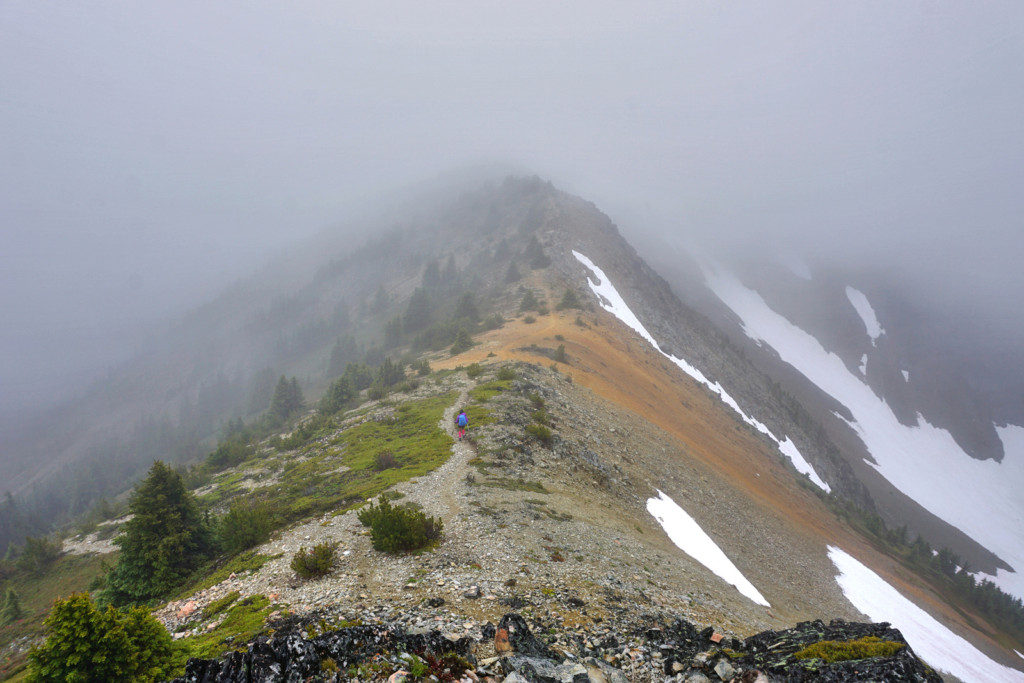 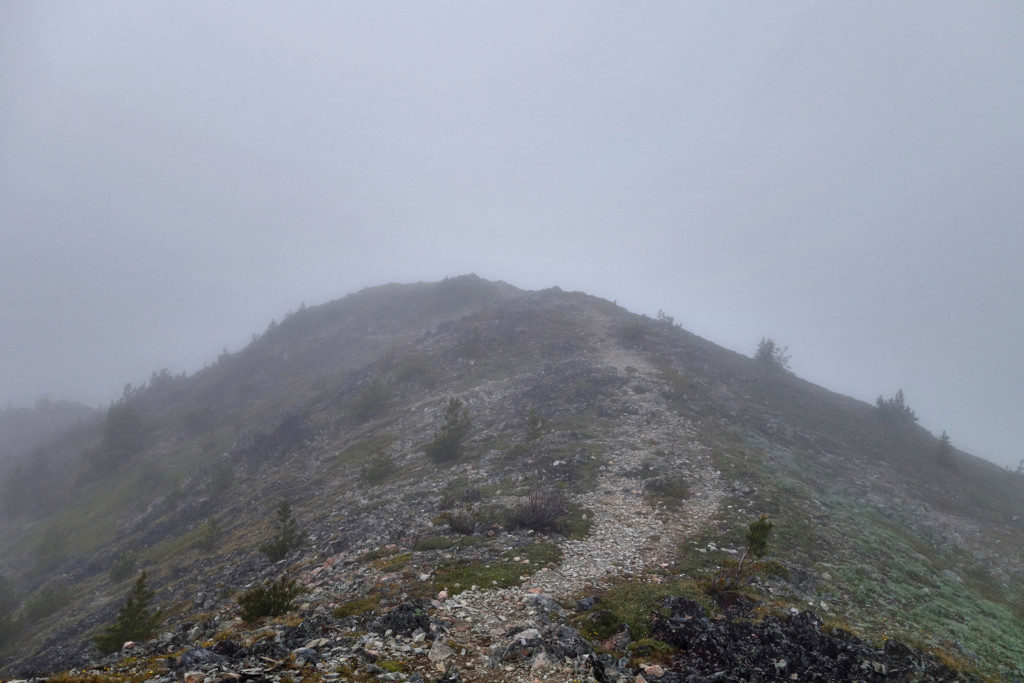 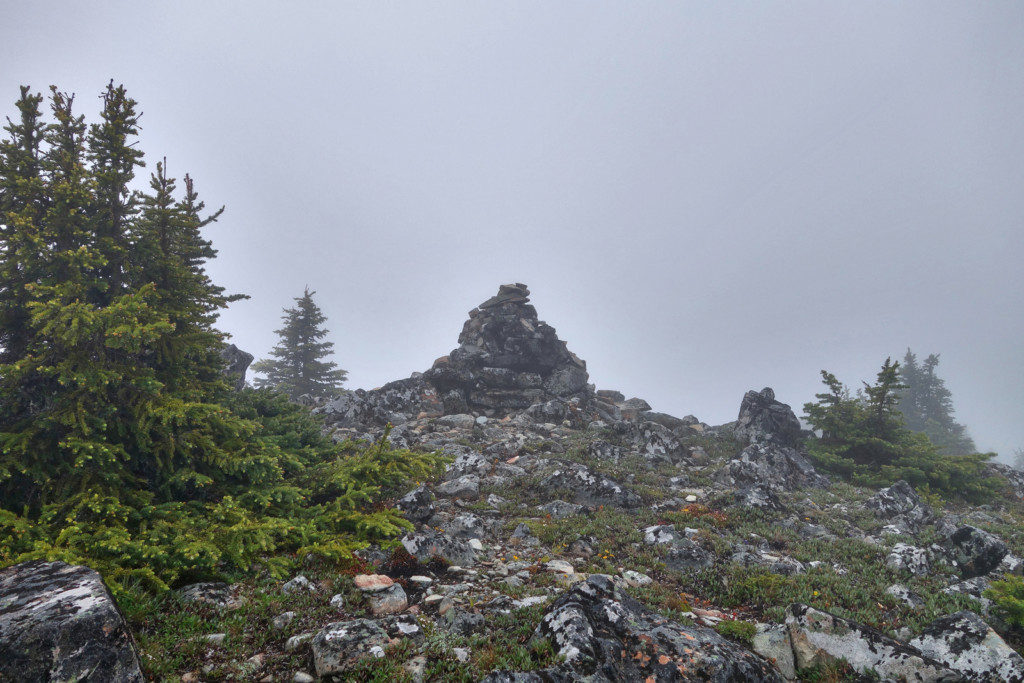 From here, we continued off trail and dropped down into a subalpine meadow. We arrived at our first steady patch of snow for the day. Our goal was to ascend the Third Brother, but we guessed the flowers would be in fuller bloom in a few more weeks and, given the clouds we were stuck in most of the day, we decided to hold off for 2 weeks and come back on a blue skies day. 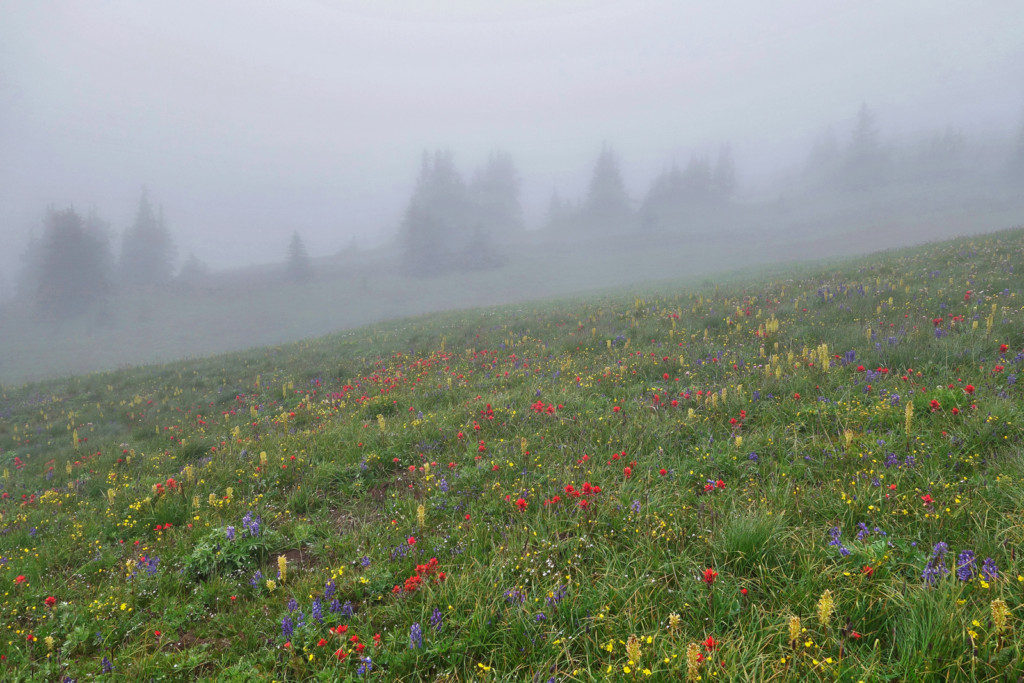 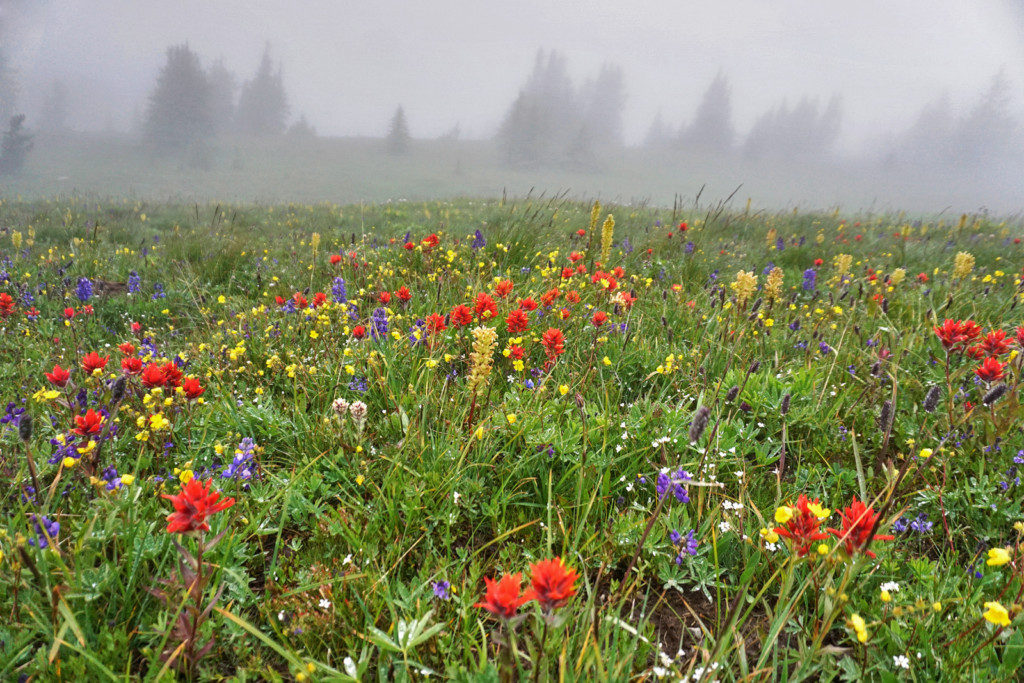 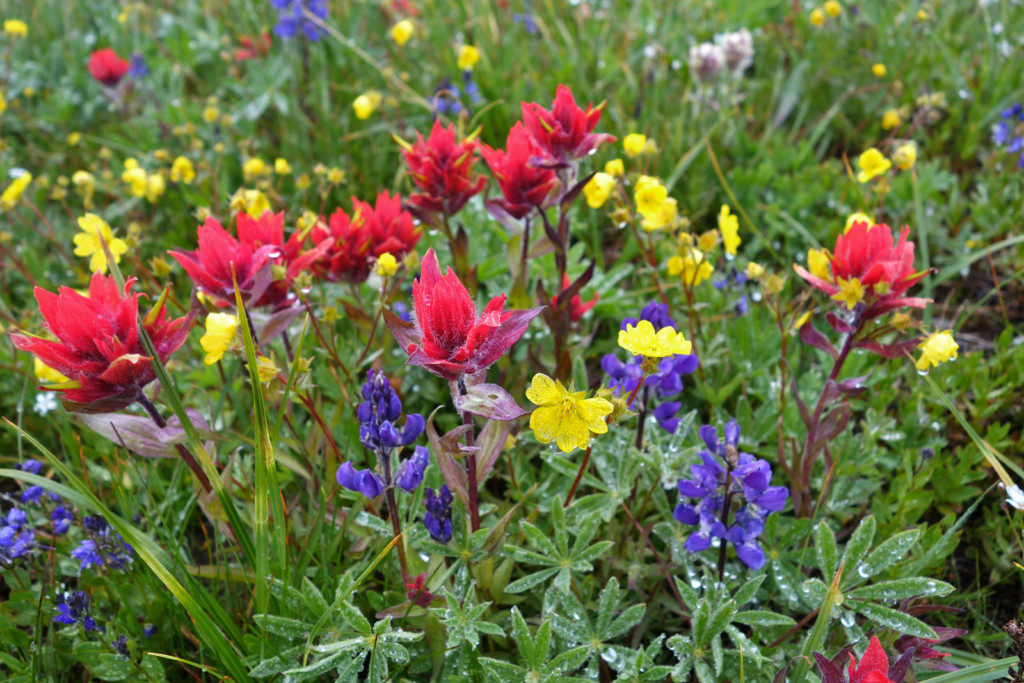 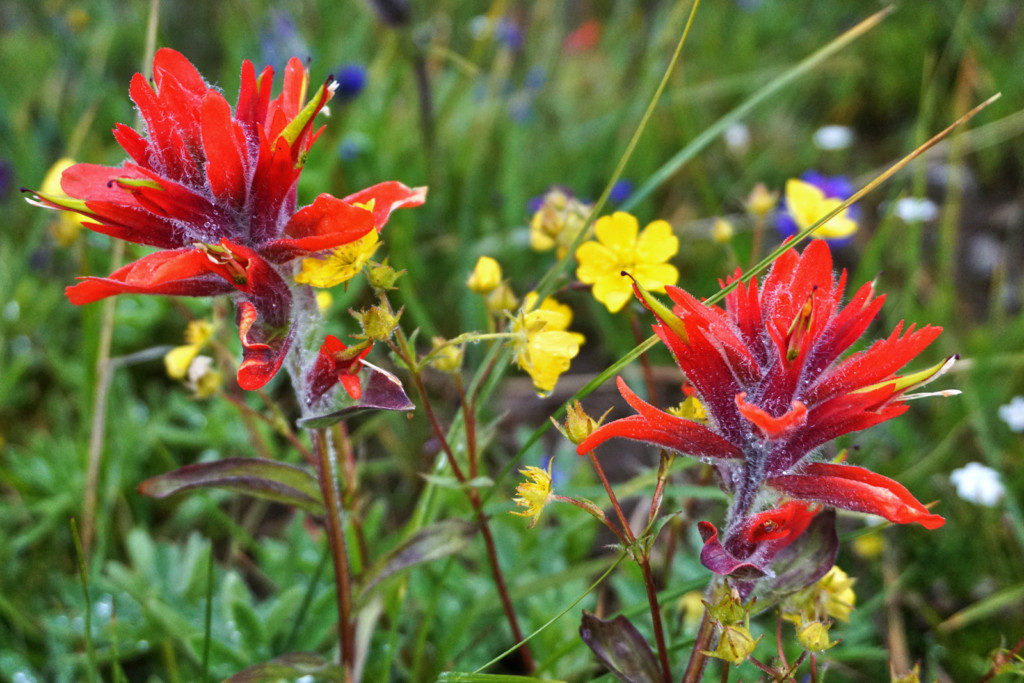 While in the meadows between Second and Third brother, we picked up a drainage and followed it down to the Heather Trail. 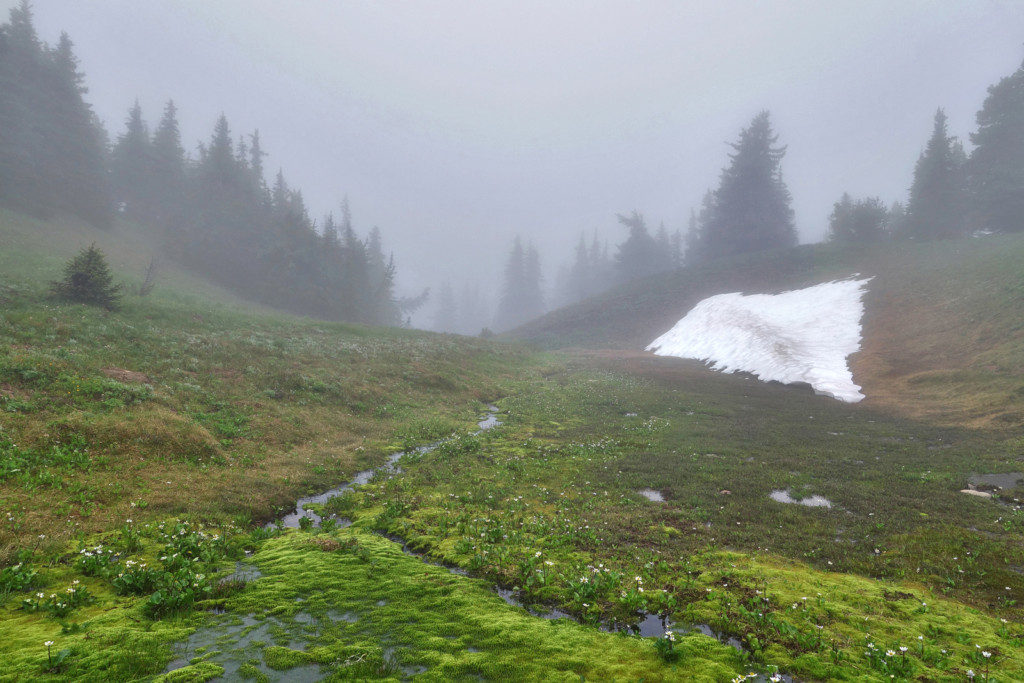 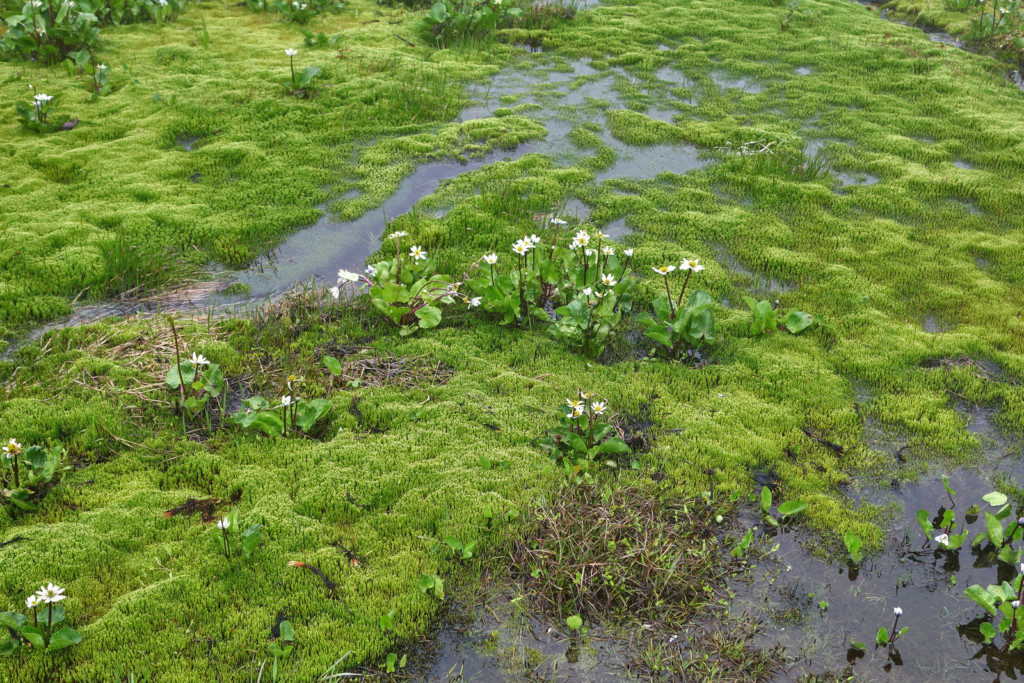 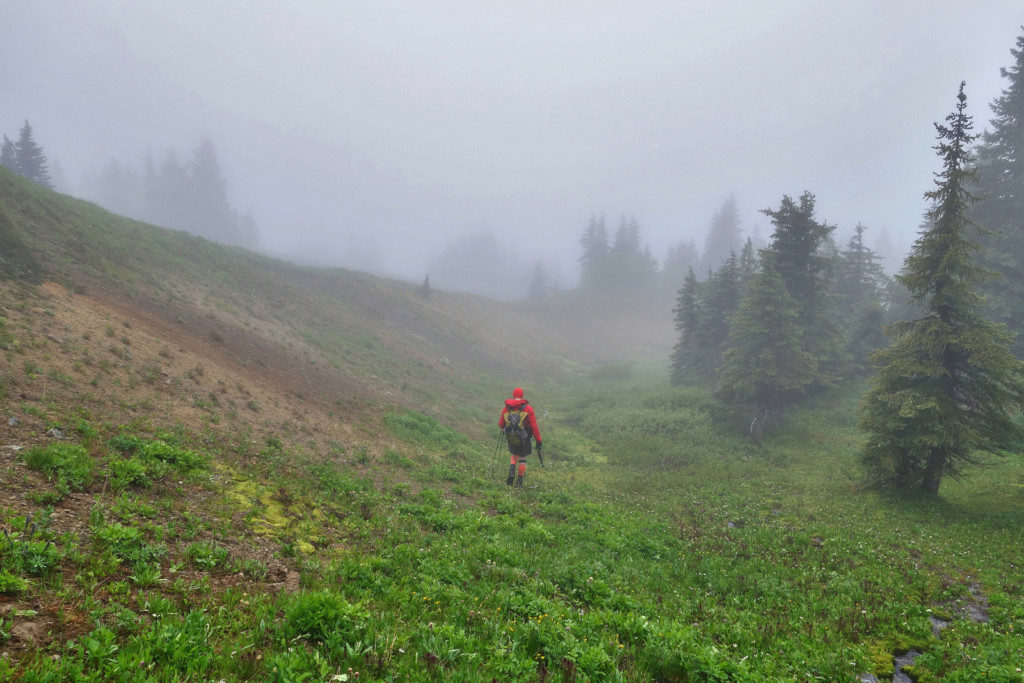 Once on the Heather Trail, we looped back to the parking lot. 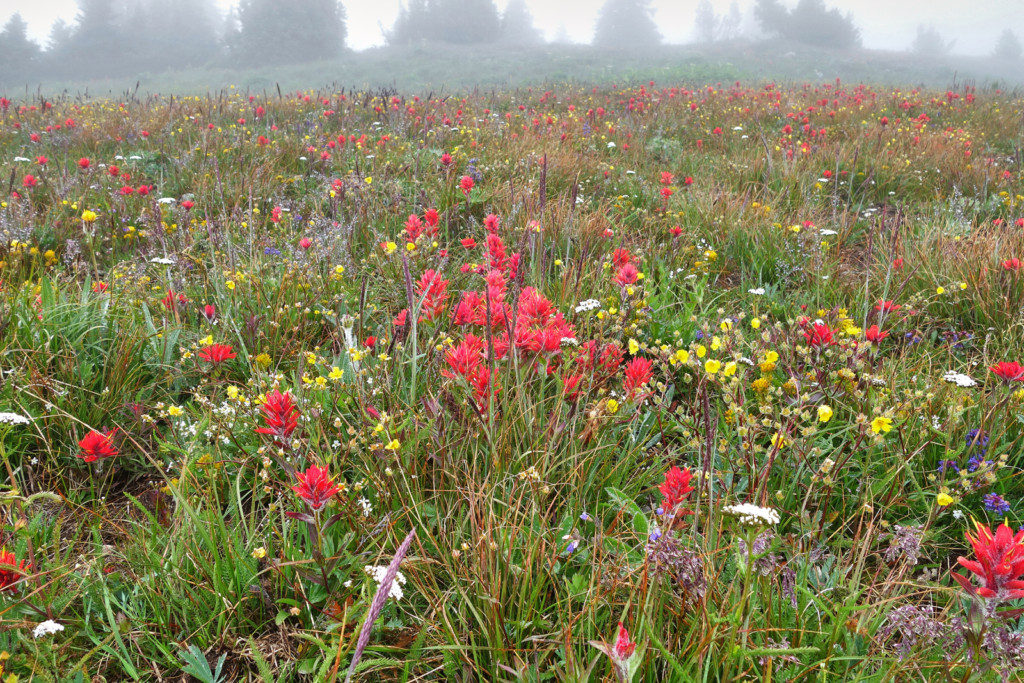 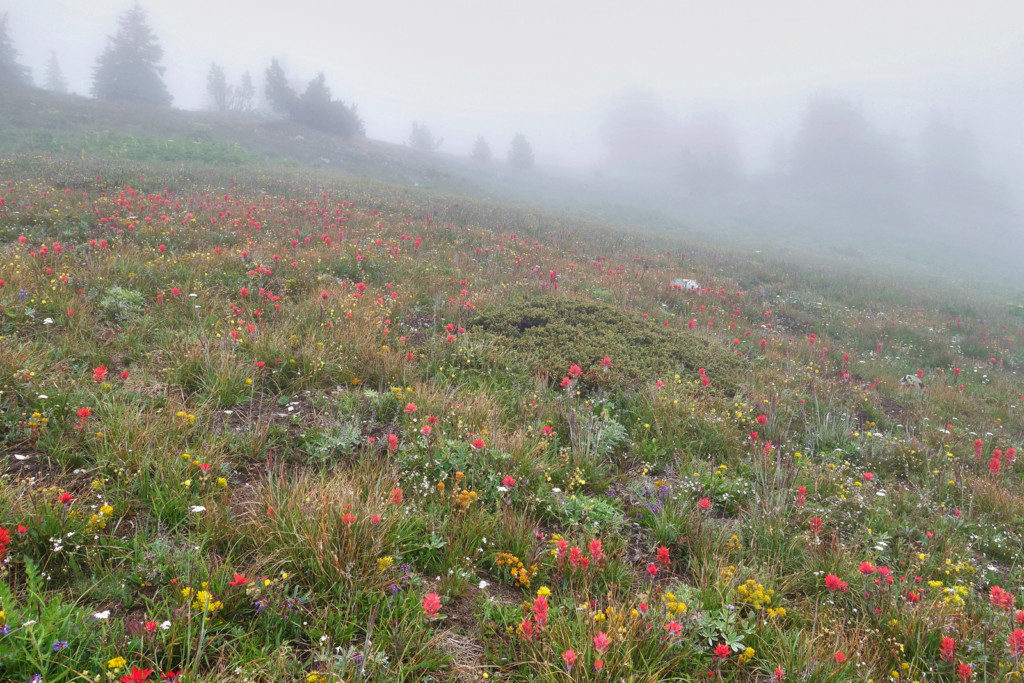 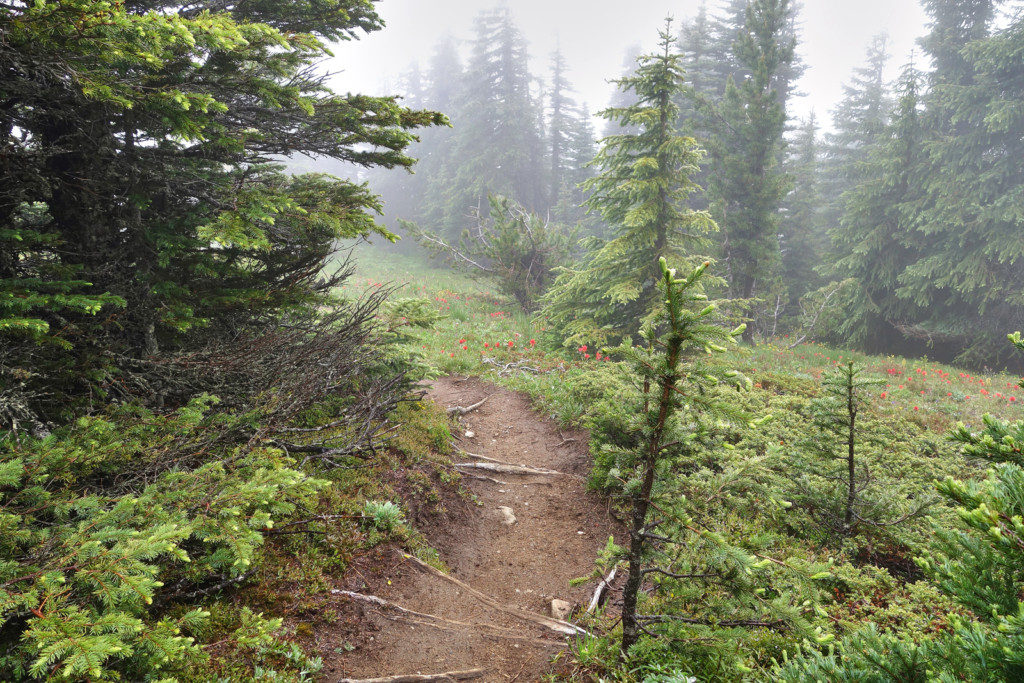 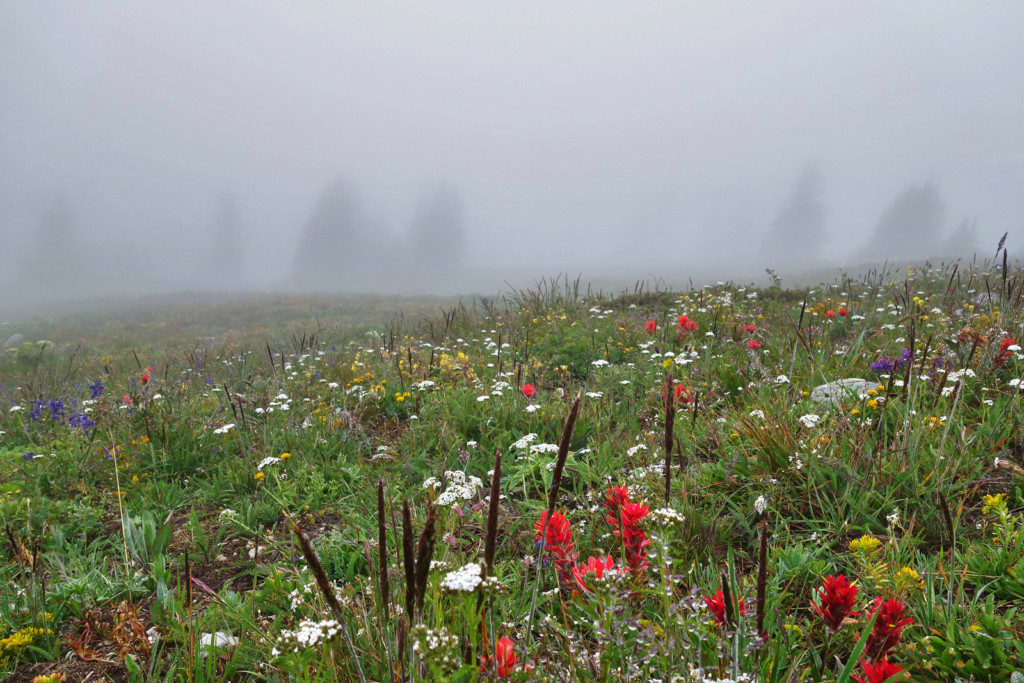 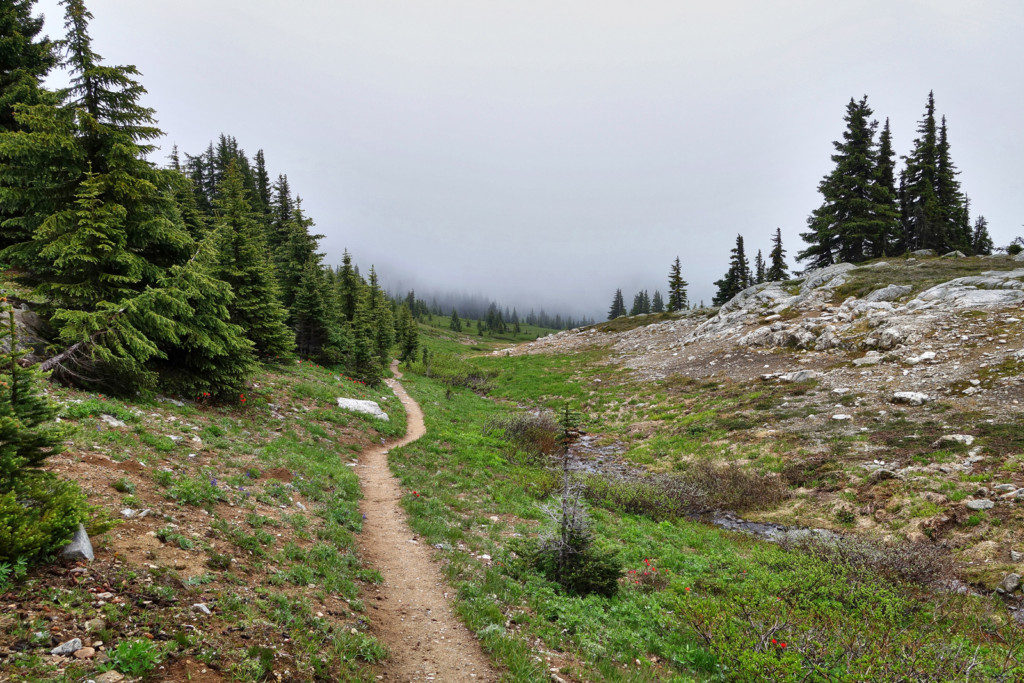 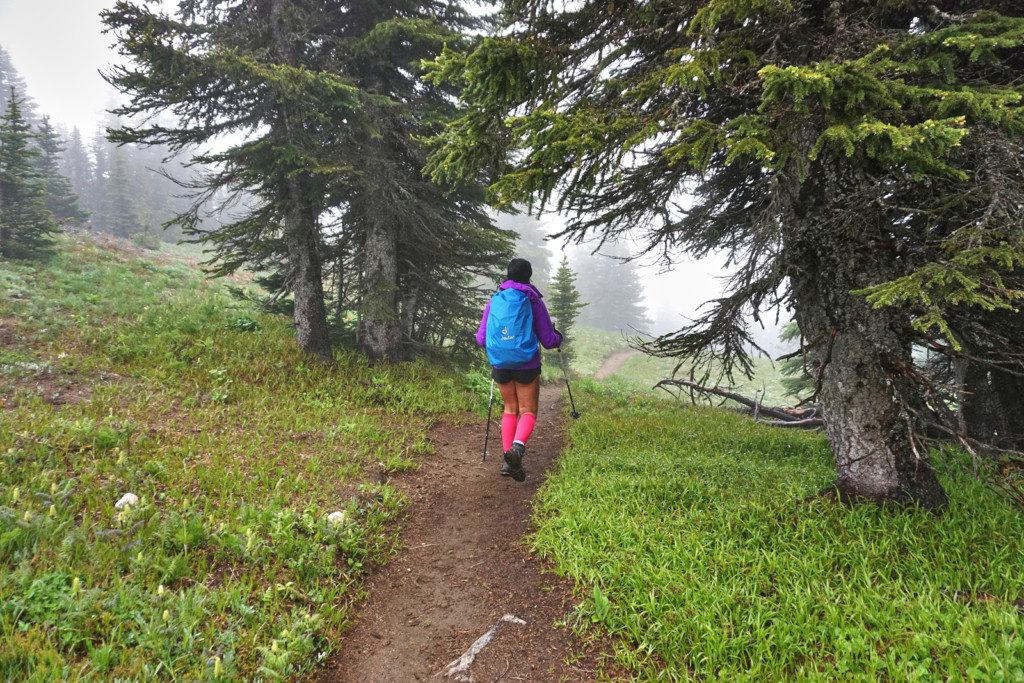 On our way back, views finally opened up shortly before the lot. 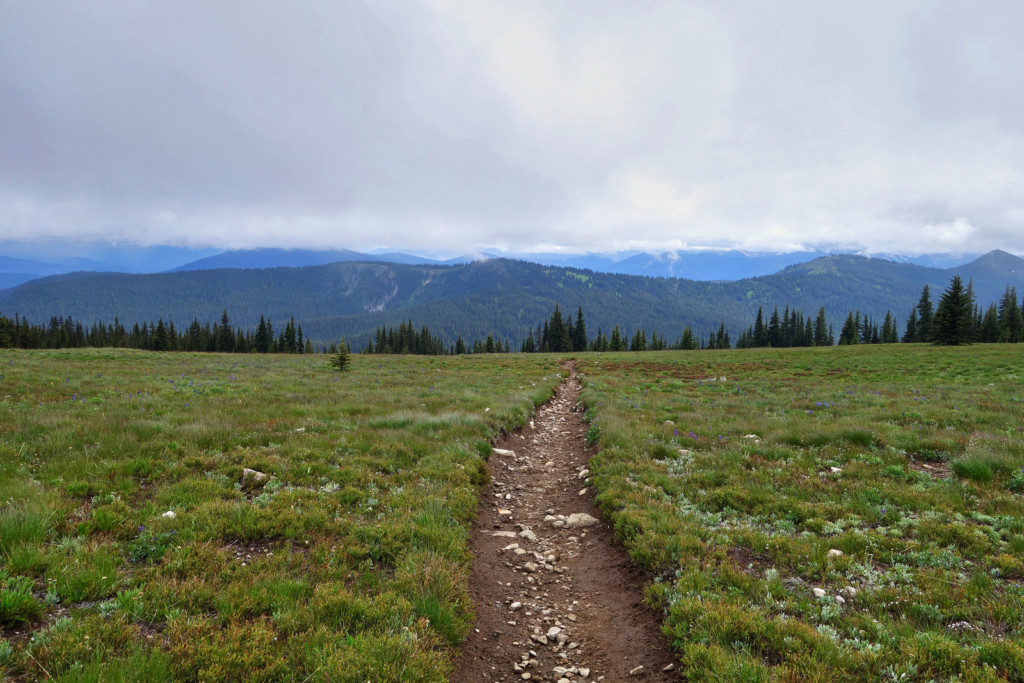 I’m embarking on a new way of eating for hiking and other endurance-type activities: the Cyclical Ketogenic Diet. Basically, it means 5-6 days of low carb consumption followed by 1-2 days of moderate to high carb consumption. I acknowledge much of my activities will be done on the weekends; therefore, my carb loading days are set to Thursdays and Fridays. I’ll play around with these days and number of days as I continue and learn more.

During the hike, I had several low blood sugars; I assume this is because of the adaptation phase as I reduce carb consumption. I used shotbloks, skratch, and powerbar gel bursts to bring up the lows and fuel myself throughout the day. My blood sugars didn’t cause any serious delays and I was able to continue hiking for the most part. It helps that the Heather trail has a relatively easy grade and I didn’t need to exert too much effort effort throughout the day. 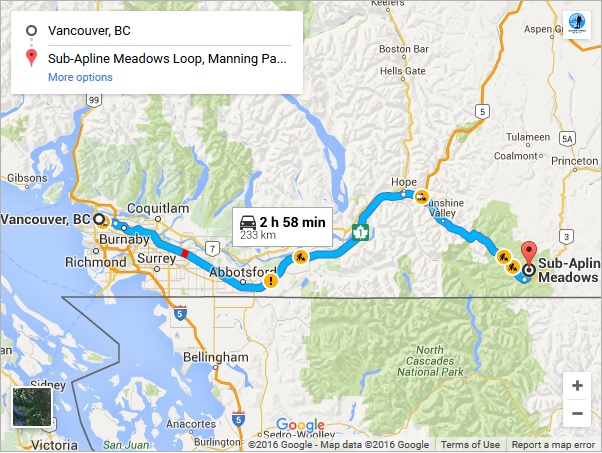 2 Comments on “Hike to Three Brothers via Heather Trail, Manning Provincial Park, BC”