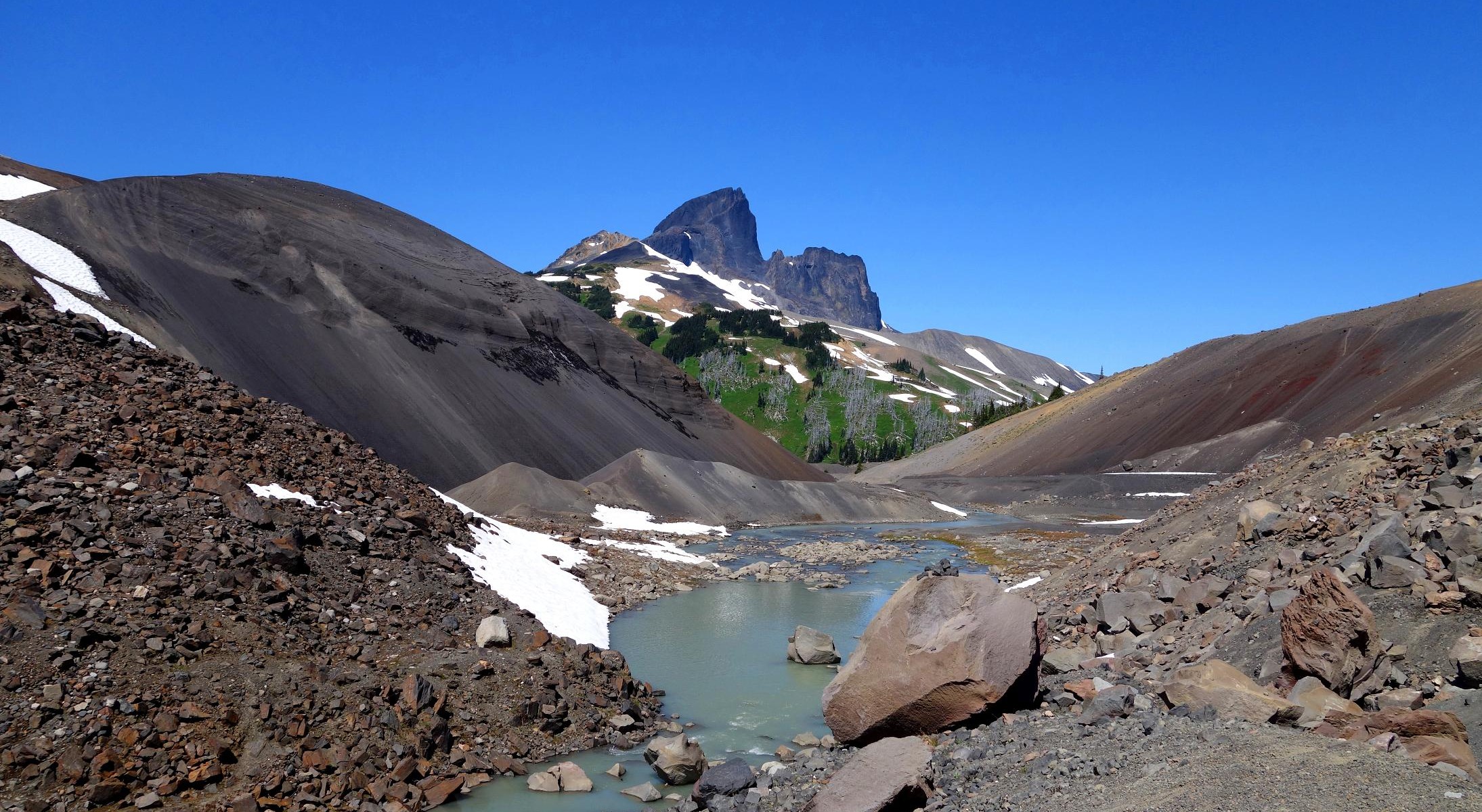 This trip has been on my mind for quite some time now. Plan was to hike to Helm Lake, get around Cinder Cone to check out the headwaters, and then figure out the rest according to the temperature and my energy level (head back to the lot or check out the black tusk view point).

I was already feeling exhausted during my 5am drive to the Rubble Creek parking lot. I’ve hiked Garibaldi Lake a few times and I’ve never been up Taylor Meadows; I was already opting to hike to the lake and call it a day. I’m very glad I didn’t! 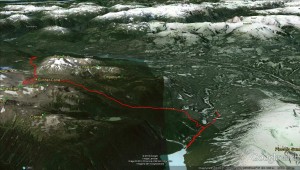 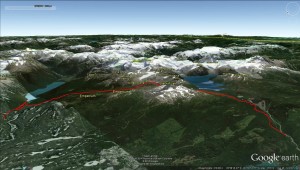 After making decent time to the 6km junction, I decided to go up Taylor Meadows. After entering the meadows, I drastically slowed down my pace and I was in awe of how beautiful it was there! I had to stop and do a few 360 spins to take it all in; I went a little camera crazy in the meadows: 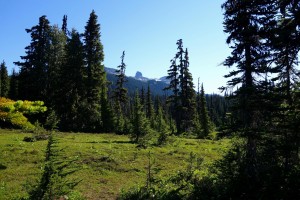 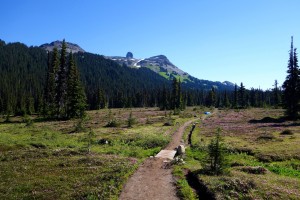 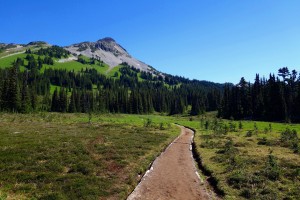 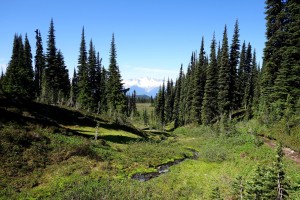 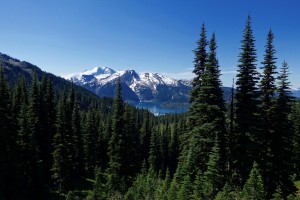 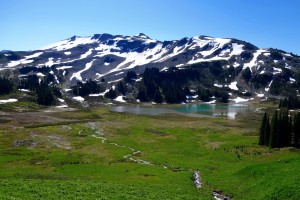 There were lots of buds, another week or 2 and they should be in full bloom like these: 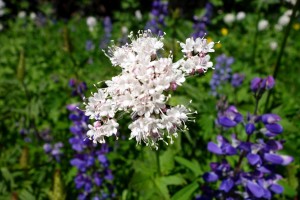 I also made a few stops to apply and re-apply sunscreen and bug spray. The bugs were pretty bad about midway up the switchbacks to the 6km junction and they were steady through the meadows. 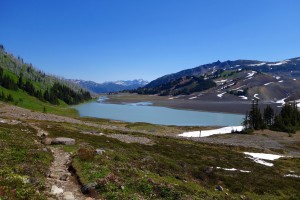 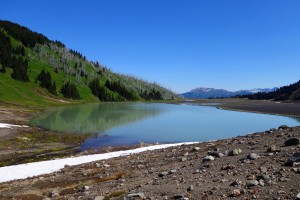 Off in the distance, I thought I heard someone yell “Ash!..Ash!”. I looked around and didnt see anyone. At first, I thought the heat was getting to me and I should stop to check my blood sugar levels. Shortly after, I saw a friend coming towards me with her group. She camped at the Helm Creek campgrounds and was heading up Black Tusk. We both had something to attend Sunday morning so we quickly rearranged our plans. She decided to turn around and check out the headwaters and Cinder Cone with me, then hike to the Helm Creek campgrounds to pick up her gear and hike out from there. This turned into my first point to point hike.

We continued on. The crossing: 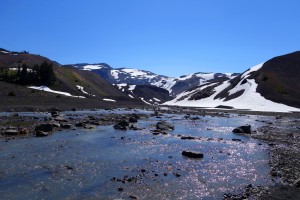 We decided to follow the left side of the creek and skirt around Cinder Cone: 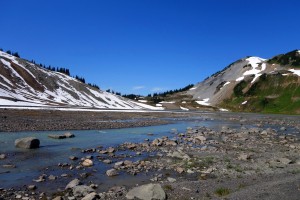 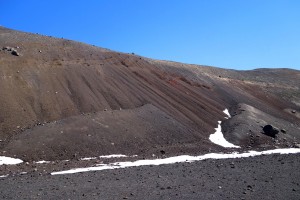 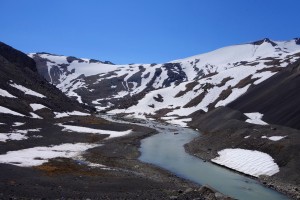 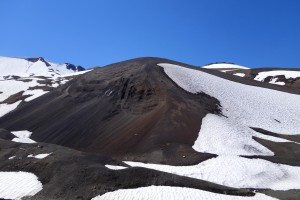 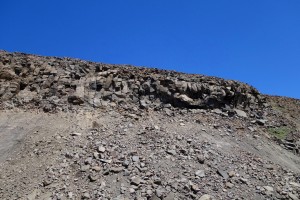 Outstanding view of the tusk: 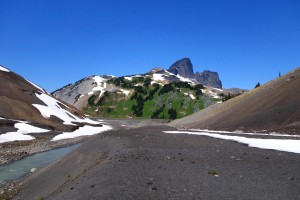 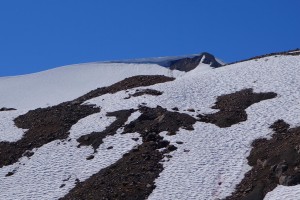 Quite possibly my favourite view of the Tusk: 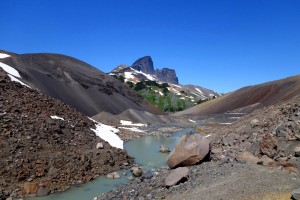 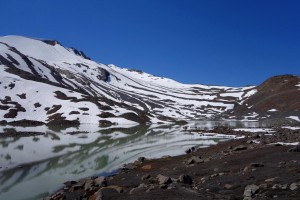 And now, the ascent up Cinder cone. But first, let me take a selfie: 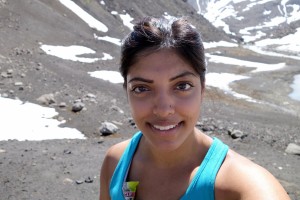 Cinder Cone was a small summit and it was easy to ascend. The terrain was quite soft in certain spots but once you hit vegetation, it’s relatively easy. Our only problem was the hornets. Views from Cinder Cone: 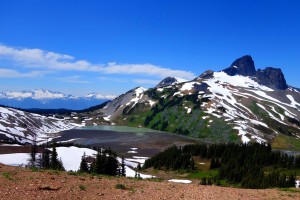 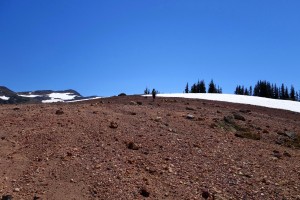 A look back at the trail: 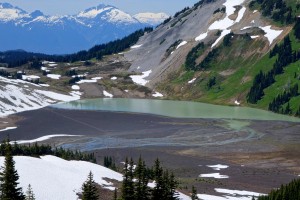 A view of our exit: 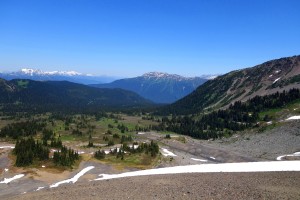 Last view of the Tusk: 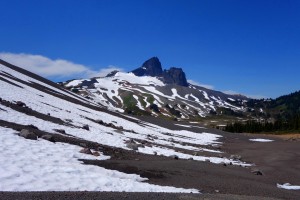 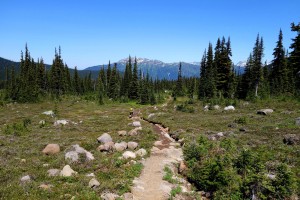 Bugs were pretty bad most of the way back and we ran into several hikers on their way up to the campground for the night. When we reached the parking lot/Cheakamus Lake junction, I realized I was a few kms short of exceeding a 30km day, so we detoured to the lake: 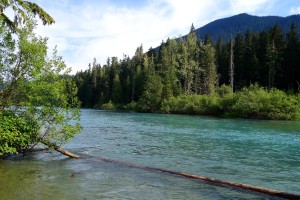 All in all, I had an awesome day. It’s always exciting to get into new areas, even when they’re fairly heavily trafficked. I ran into quite a few people up to the Panorama Ridge junction and we had the trail to ourselves almost the rest of the day. Bugs were annoying with the hornets being the most annoying. I went through 1L of water pre-hike, 4L of water during, and another litre post-hike – carrying most of it with me. My blood sugars were steady throughout the day. Towards the end, the 25+ kms caught up to me and I had a low blood sugar of 2.4 during the descent. I had more than enough shotbloks to correct and we had more than enough time for me to take a break until my sugars came back up. And no rebound low!

I have no idea why I took so long to get up here, I’ll be back to gain more elevation and see the views from every angle possible (this involves a long to-hike list).