Hike to the Camelshoof Peak, West Pavilion, BC.

Ryan and I checked out an old fire lookout trail atop Camelshoof Peak, located at the very south end of the Camelsfoot range, near Lillooet. The fire lookout can be reached by a decommissioned service road off of the West Pavilion FSR. 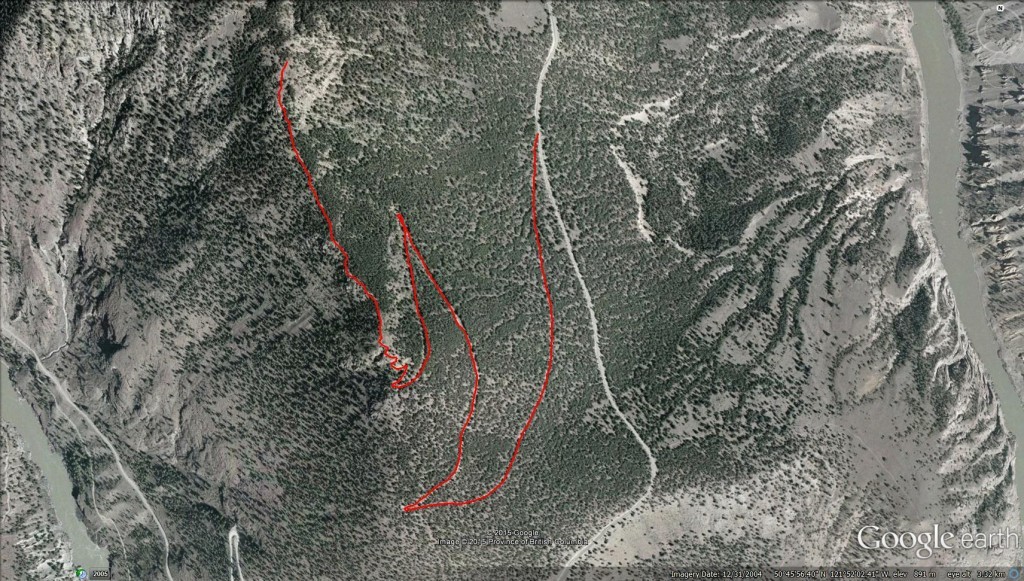 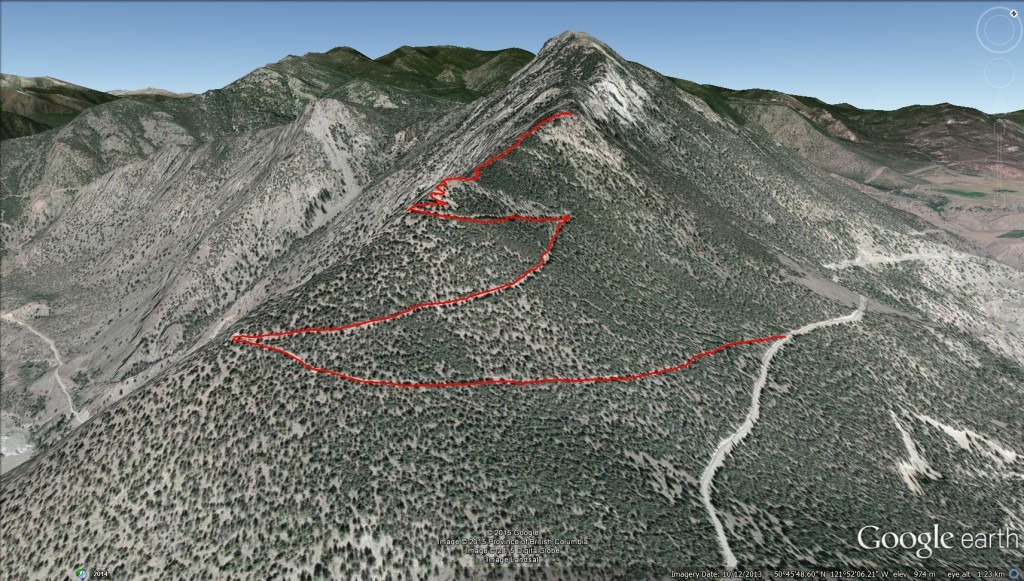 To get to the trail head, from Lillooet: 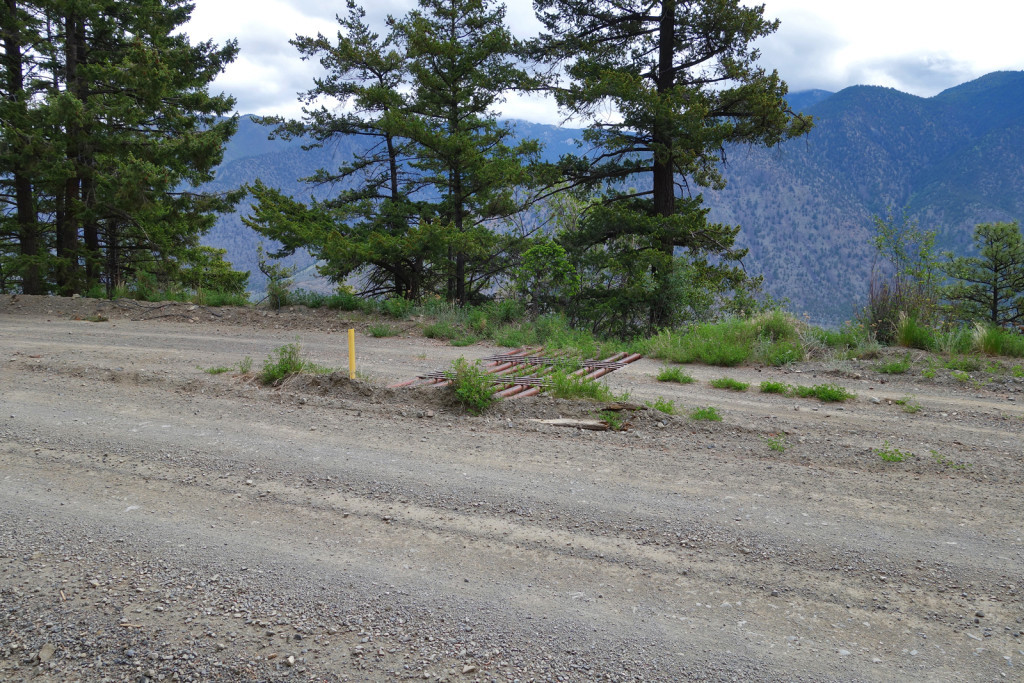 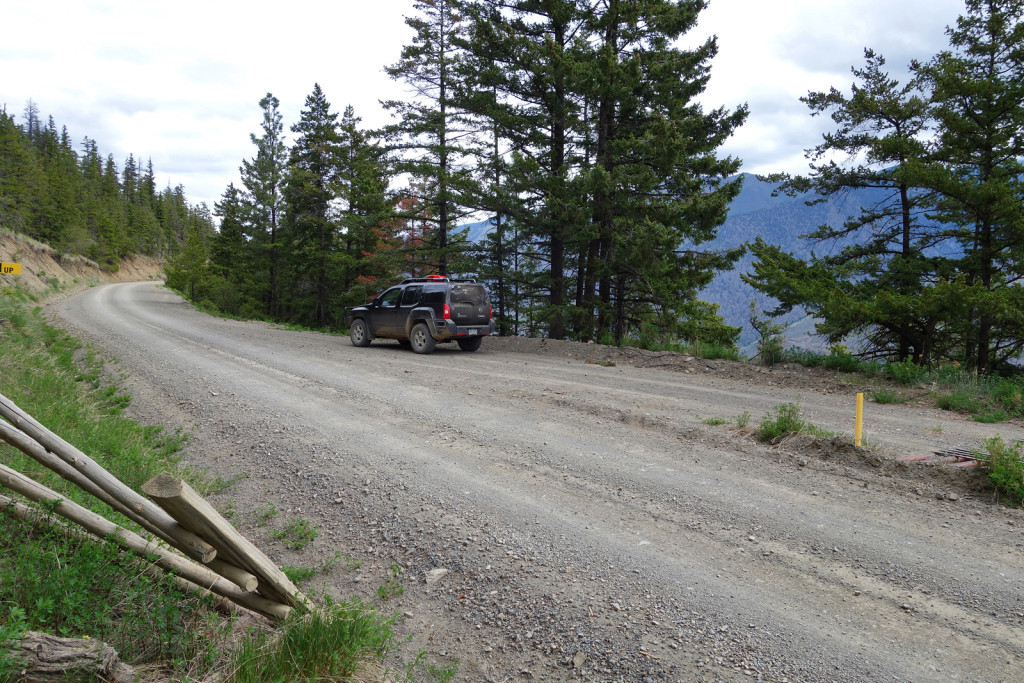 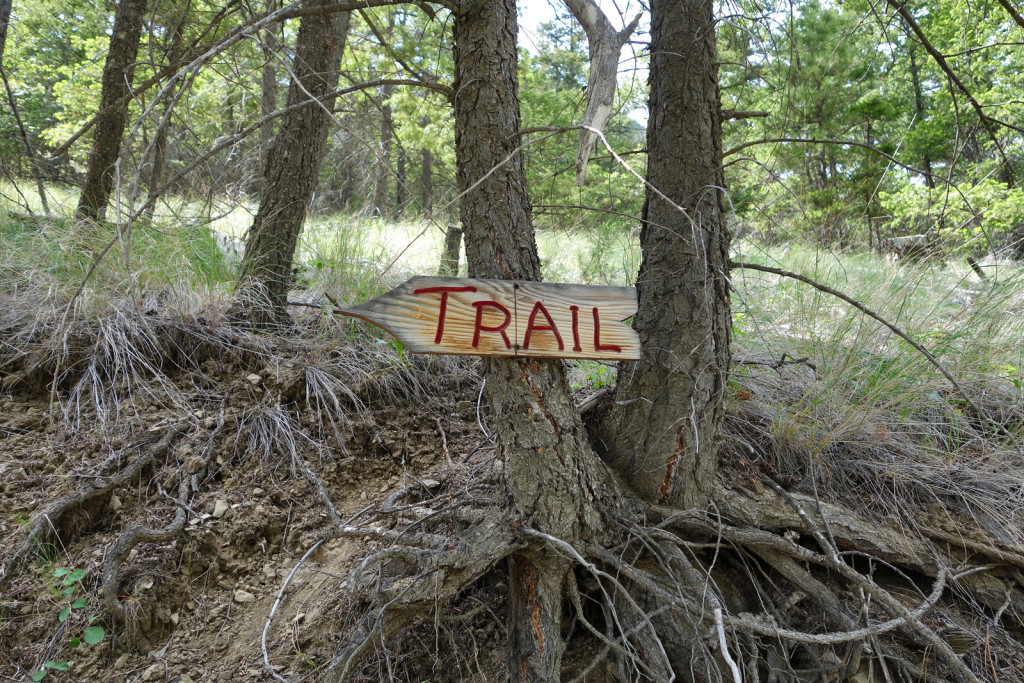 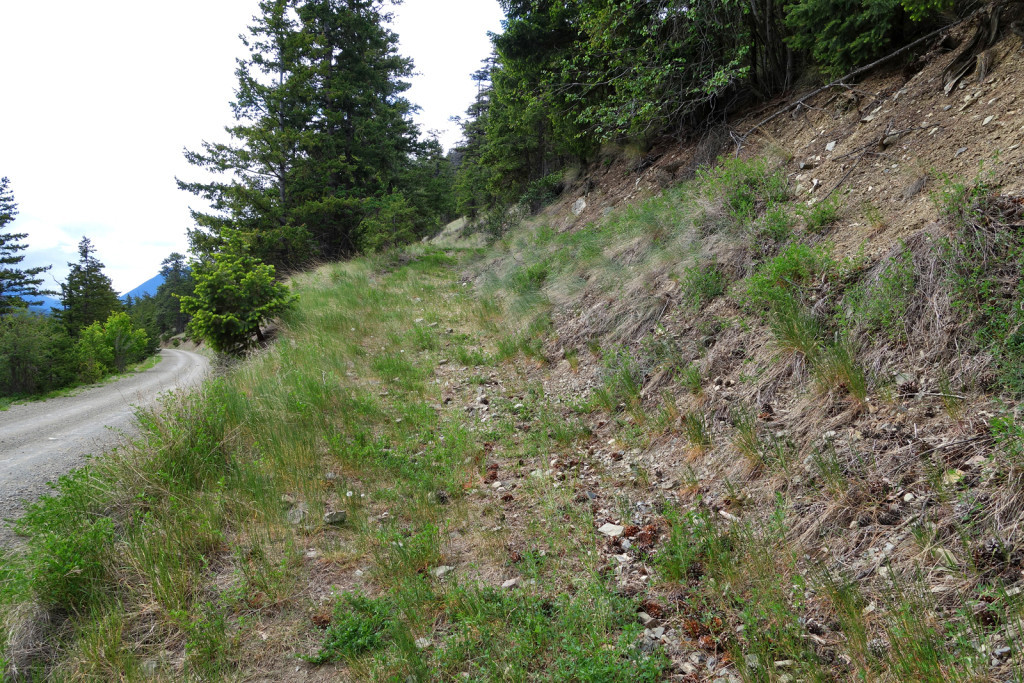 The trail follows a decommissioned road. It climbs steadily through the forest and occasional grassy areas. Wildflowers were just starting to poke out along the side of the road. Due to the desert climate, we found some interesting flora along the trail. 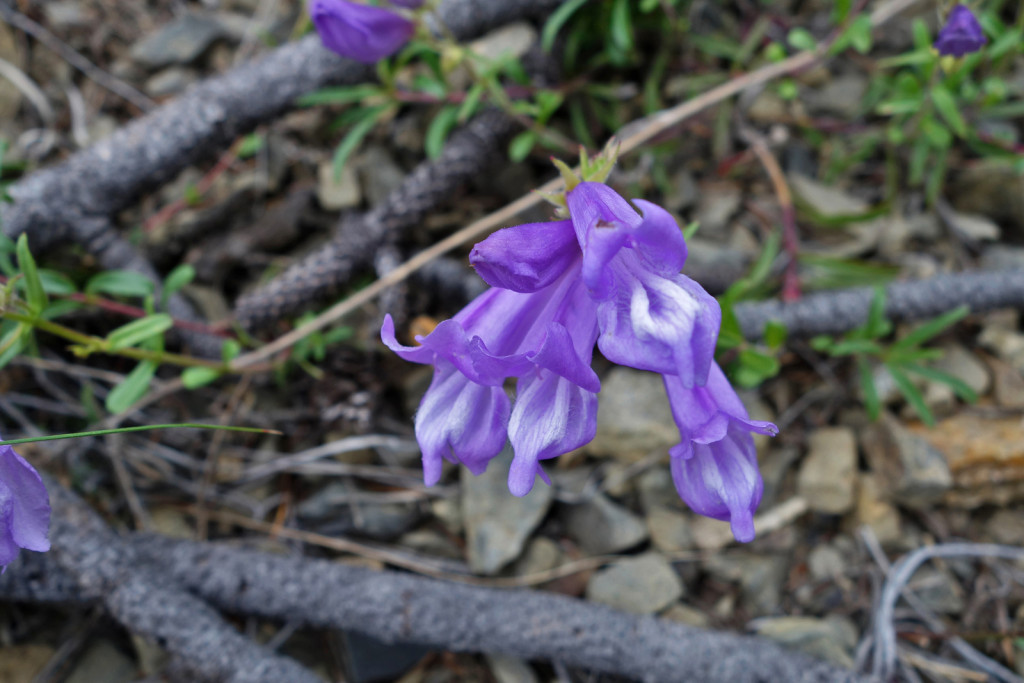 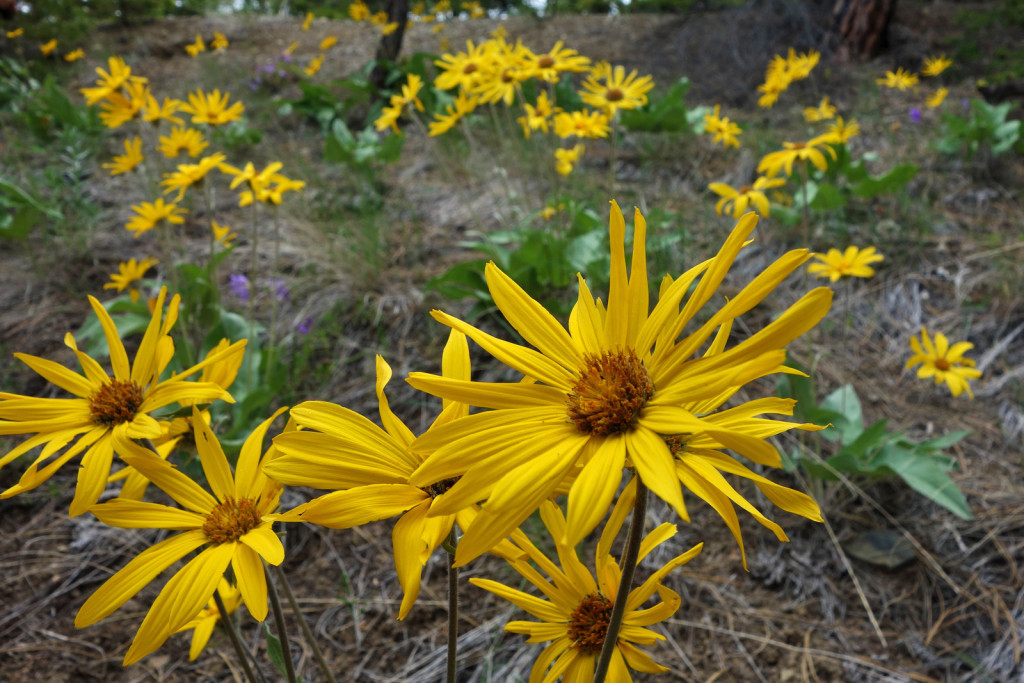 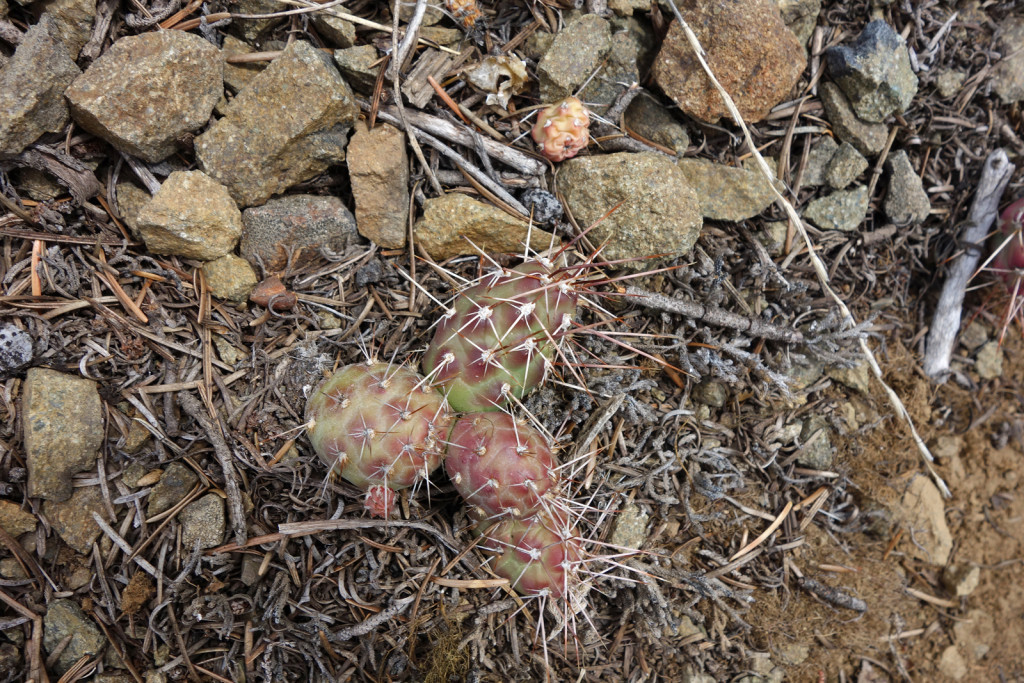 After two long switchbacks, the road steepened and a series of tight switchbacks lead us to the first lookout. 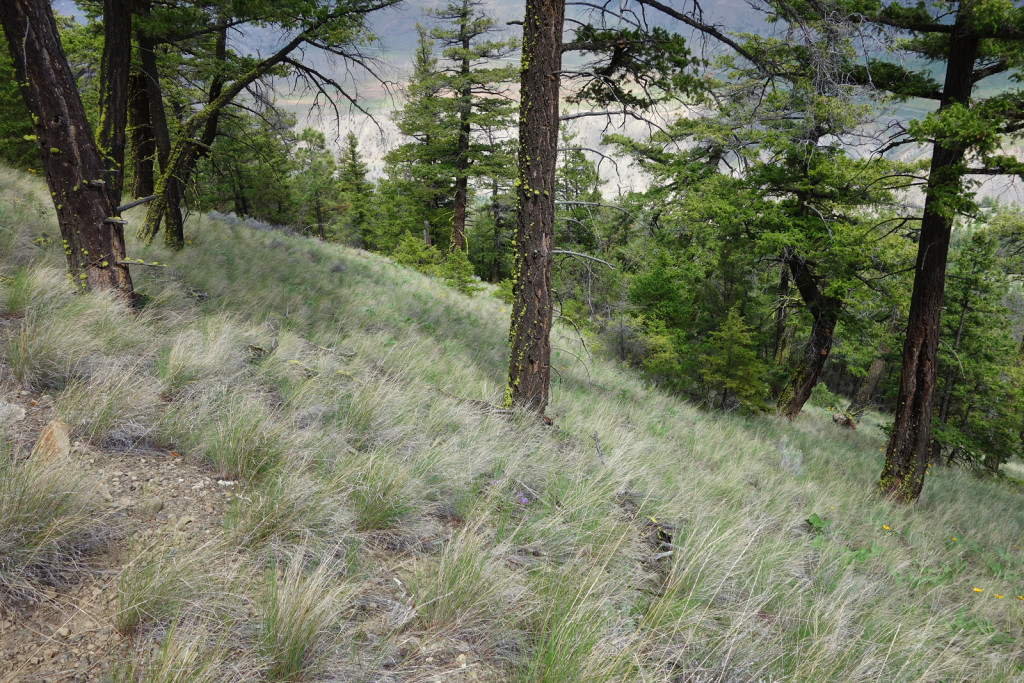 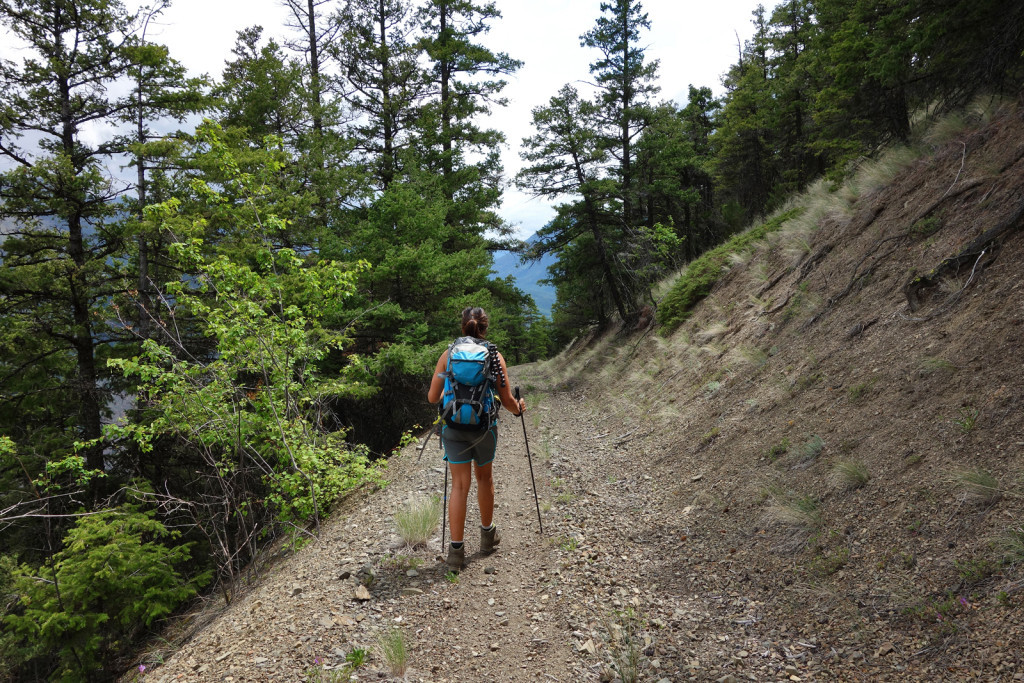 The lookout itself is a treeless knob, SW of Camelshoof Peak. It has excellent views of the Fraser River valley, Fraser Canyon, Clear Range, Fountain Ridge, and surrounding peaks of the Camelsfoot Range. 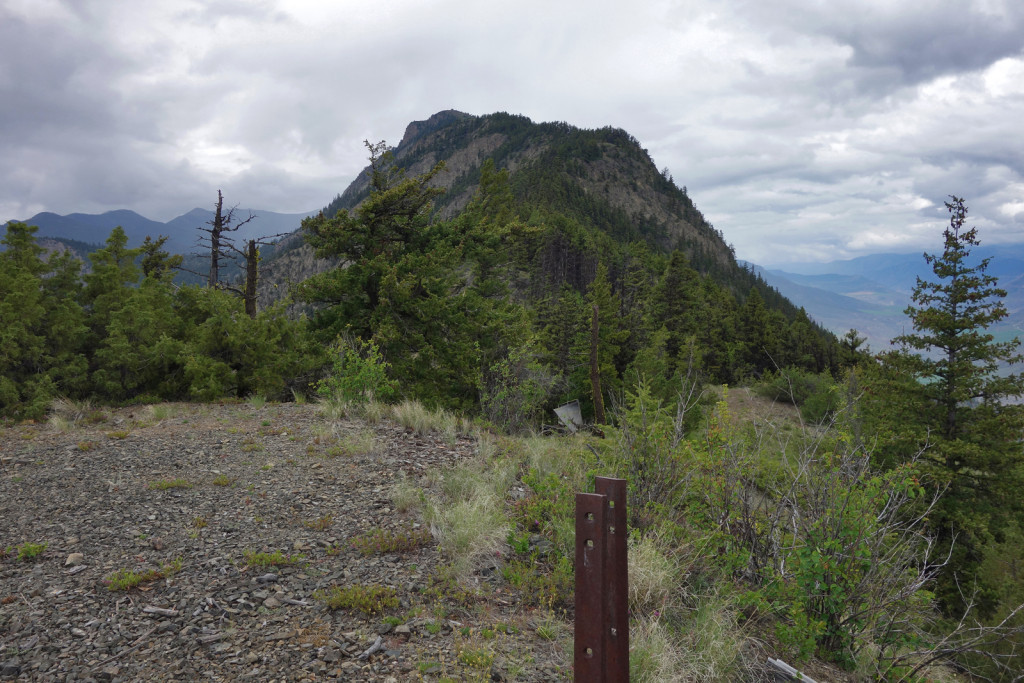 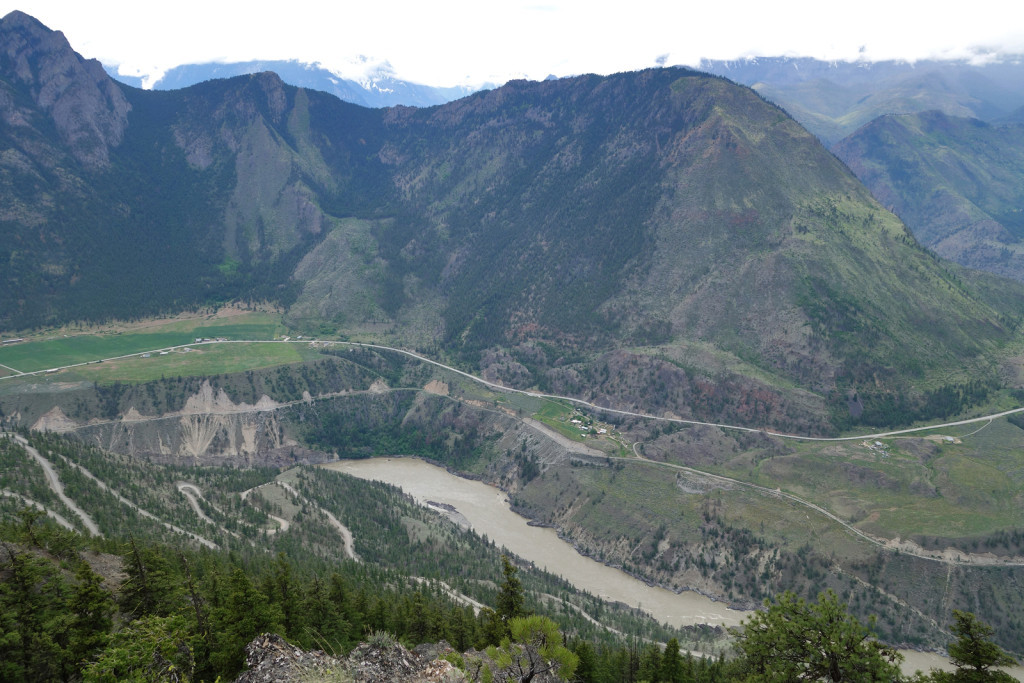 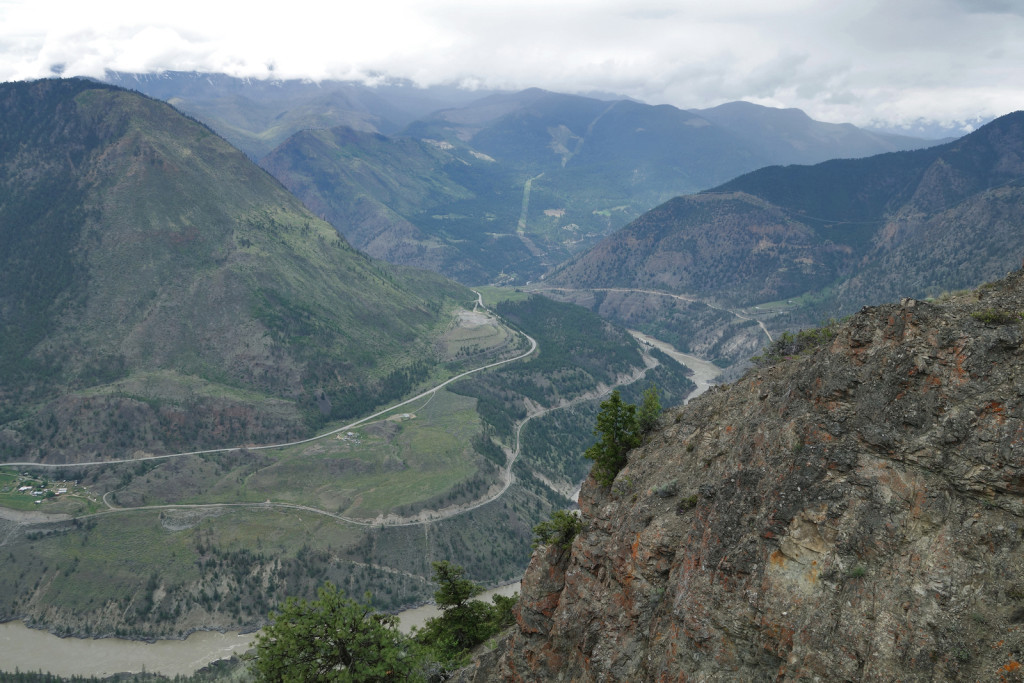 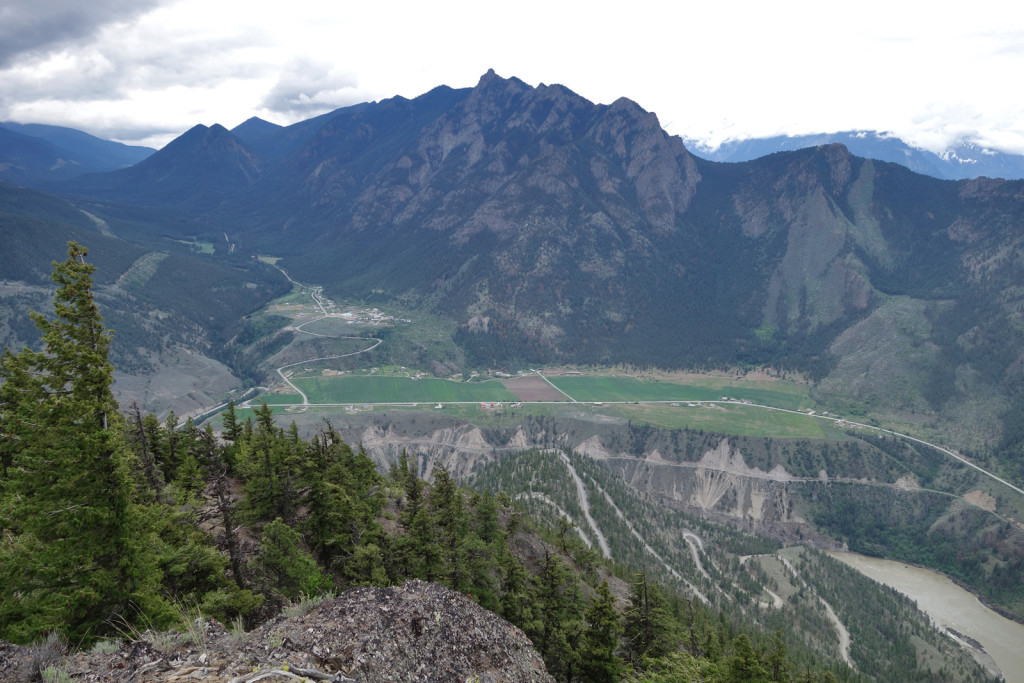 There were a few remains of the old TV/Radio antenna and associated building at the lookout. 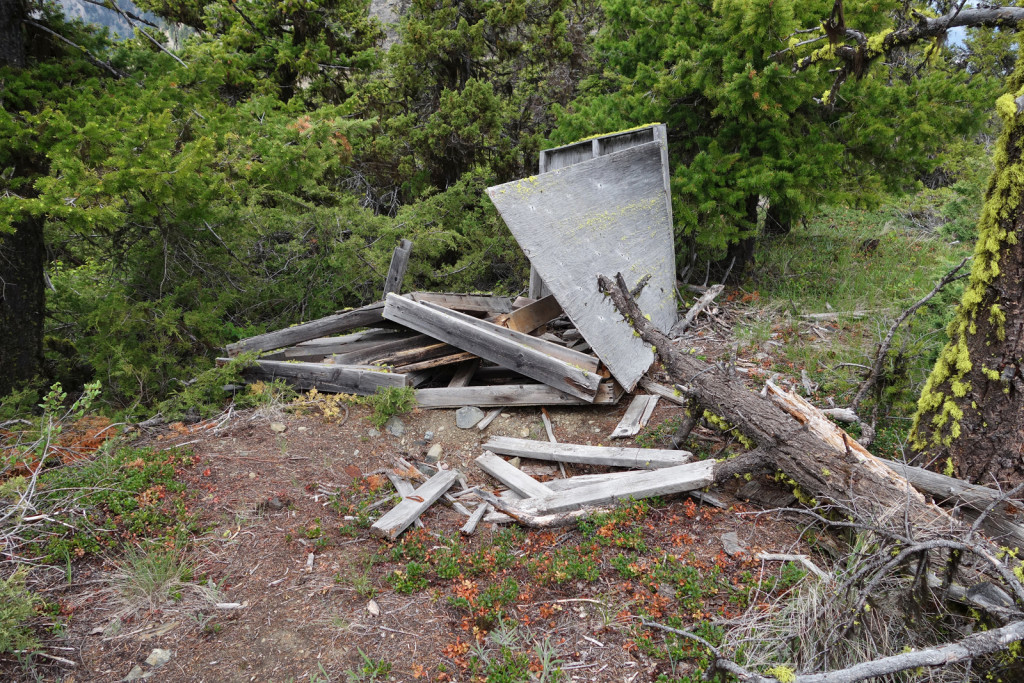 The trail continued up the ridge to the old fire lookout, unofficially known as Camelshoof Peak. Past the first view point, the trail steepened significantly as it climbed up and down the ridge crest. The trail was now a moderately distinct single-track, but it was still easy to follow. There were occasional views of the Fraser below. 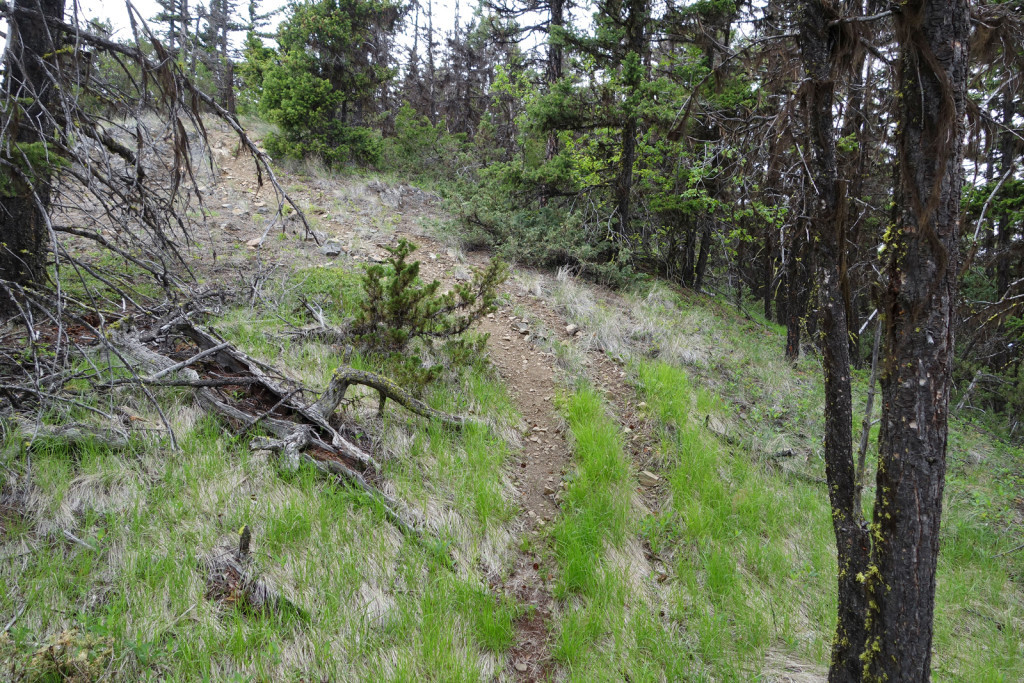 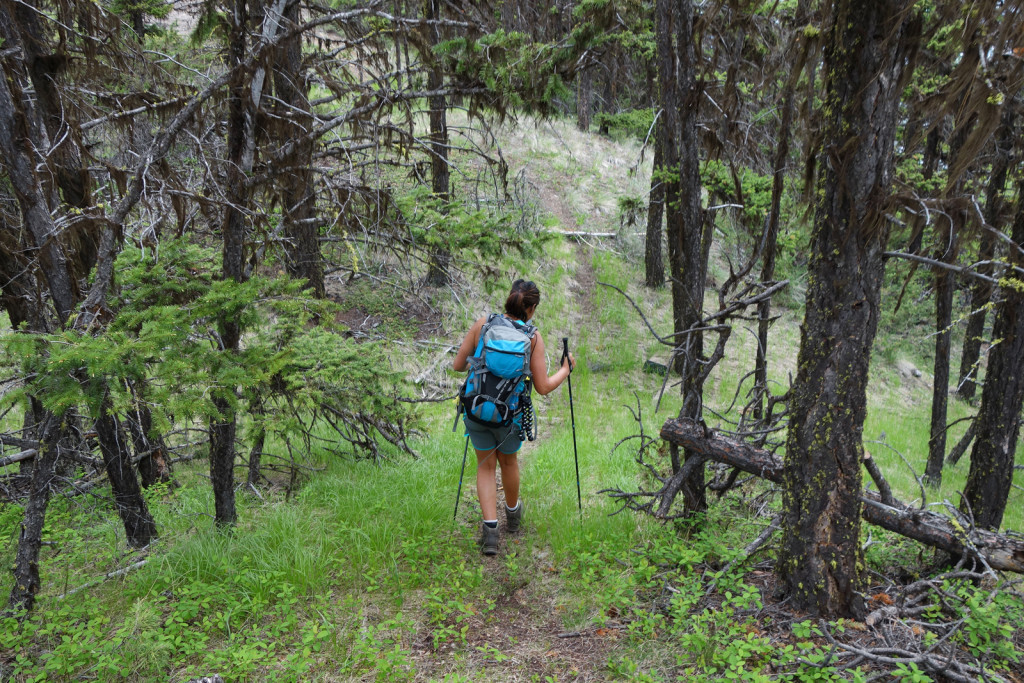 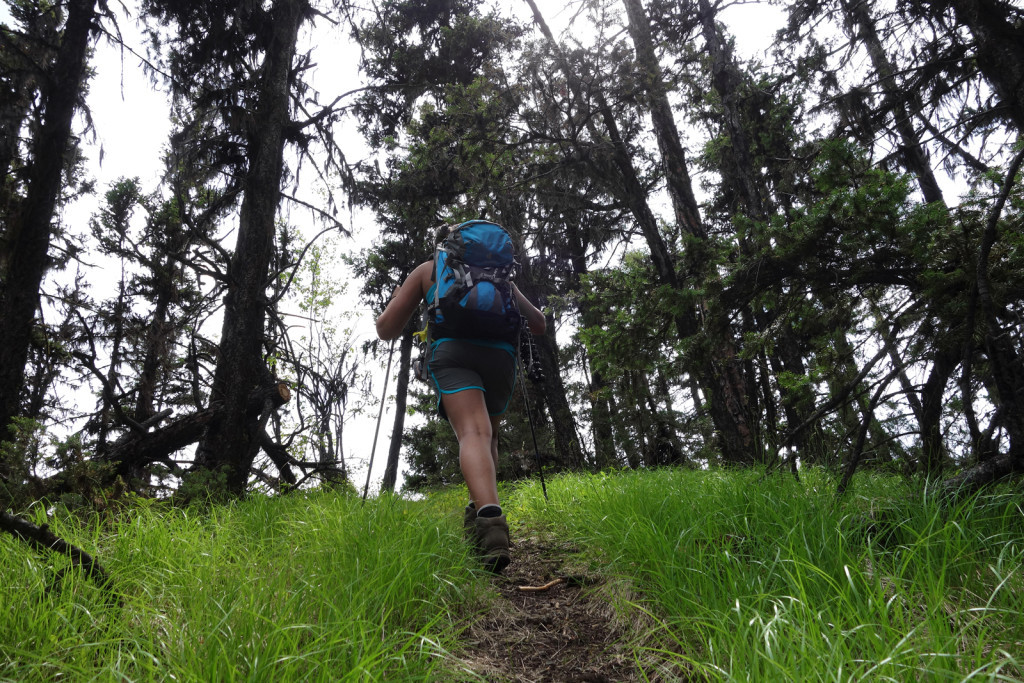 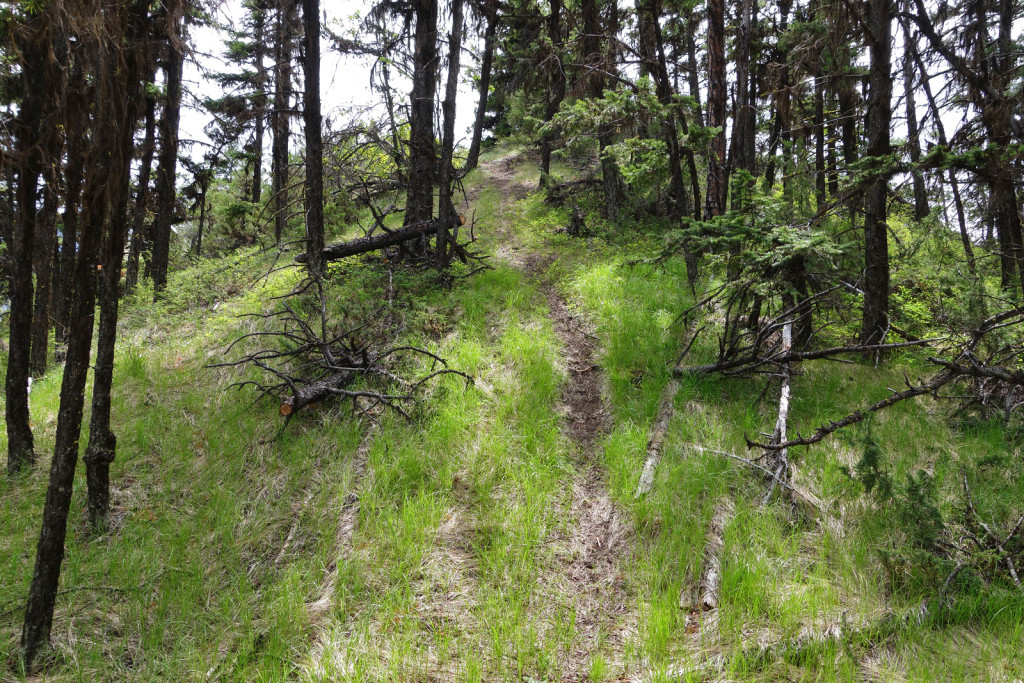 About 30 minutes after leaving the viewpoint, Ryan and I reached our turn around point. We were planning to camp at the fire lookout on a subsequent trip and from what we could see of the trail, it should be an easy and straightforward route with one more saddle to hike down and up. 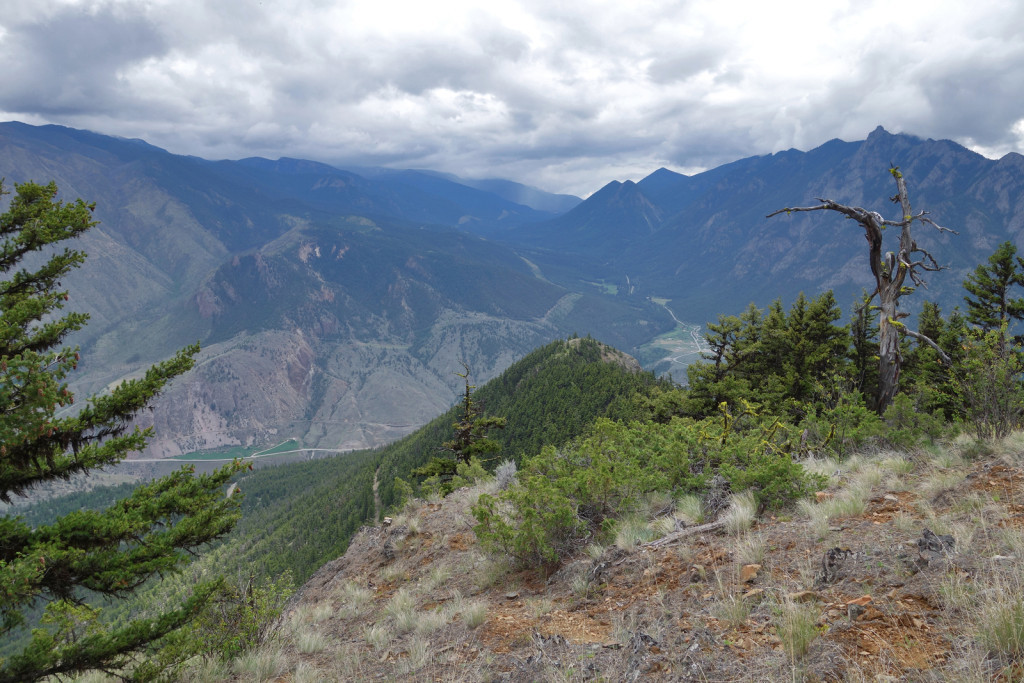 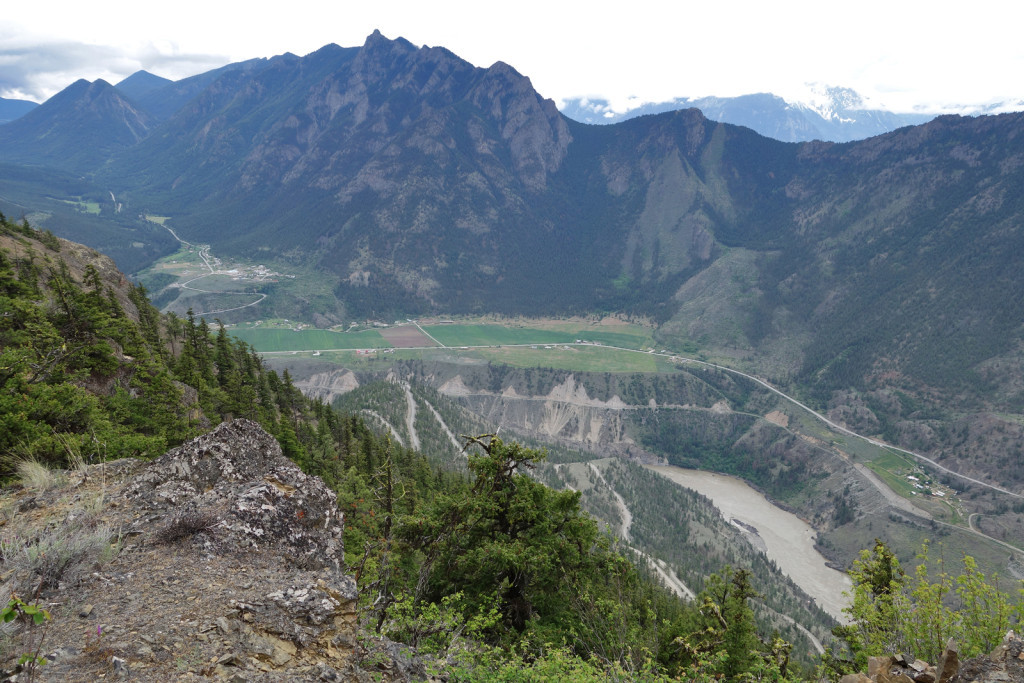 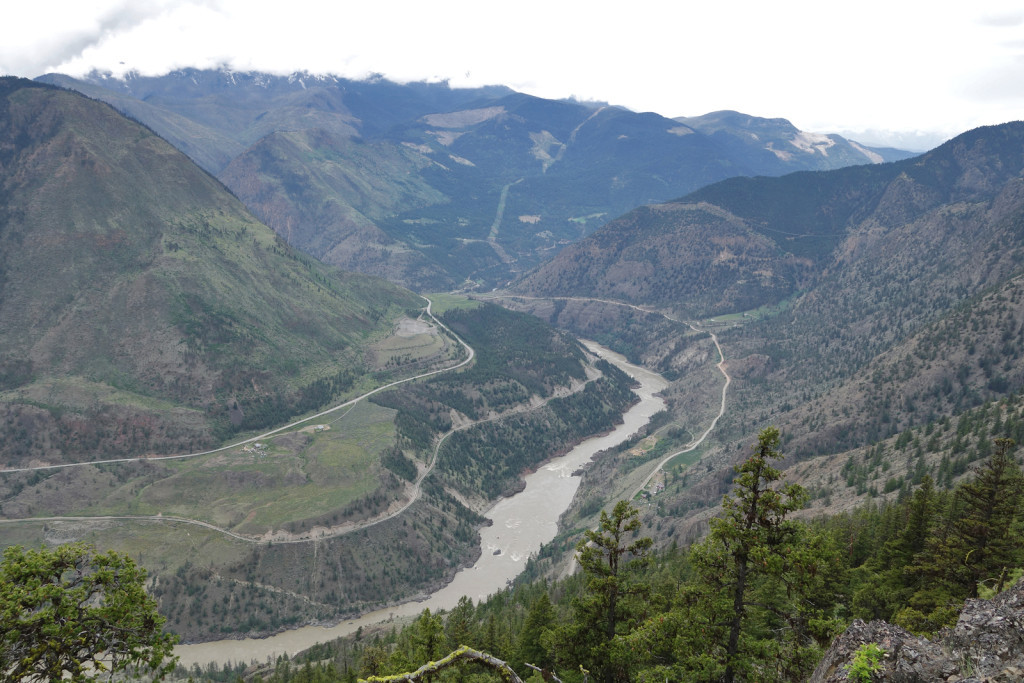 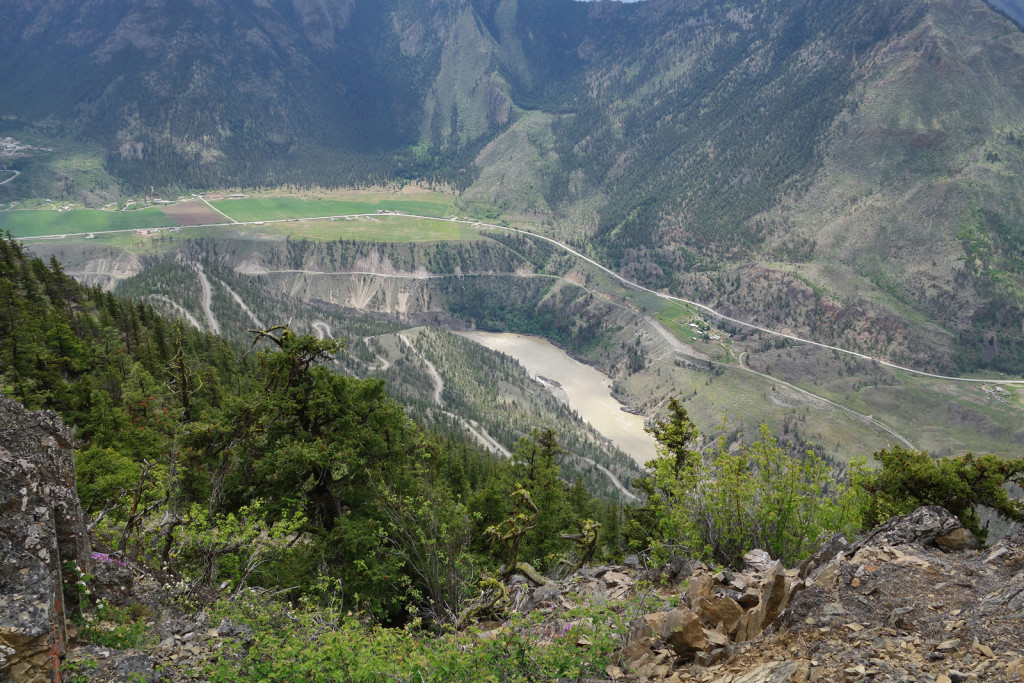 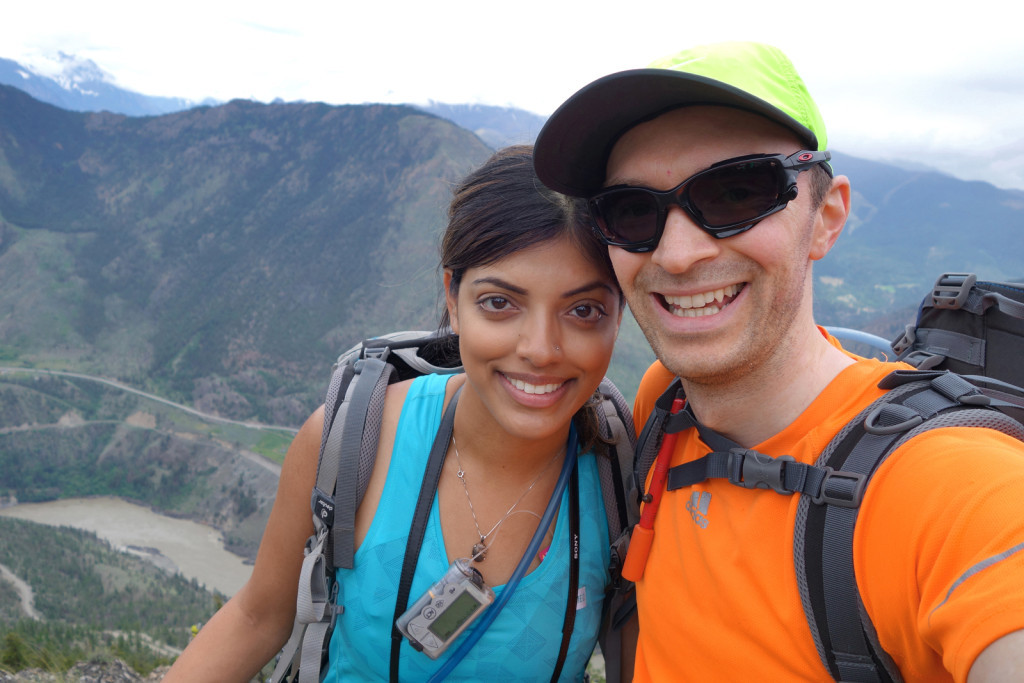 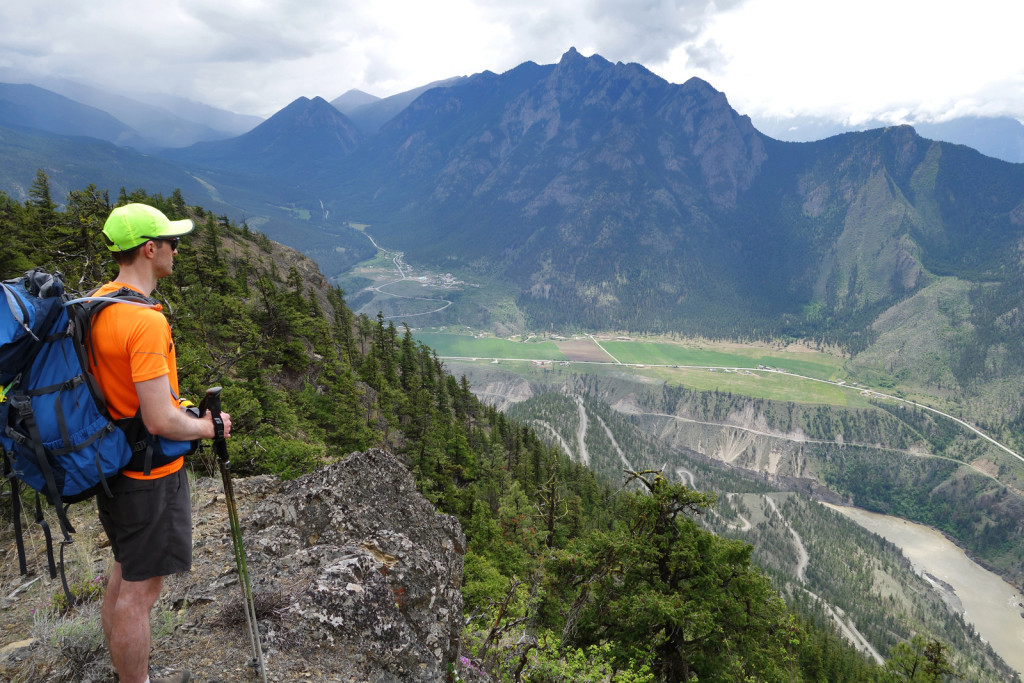 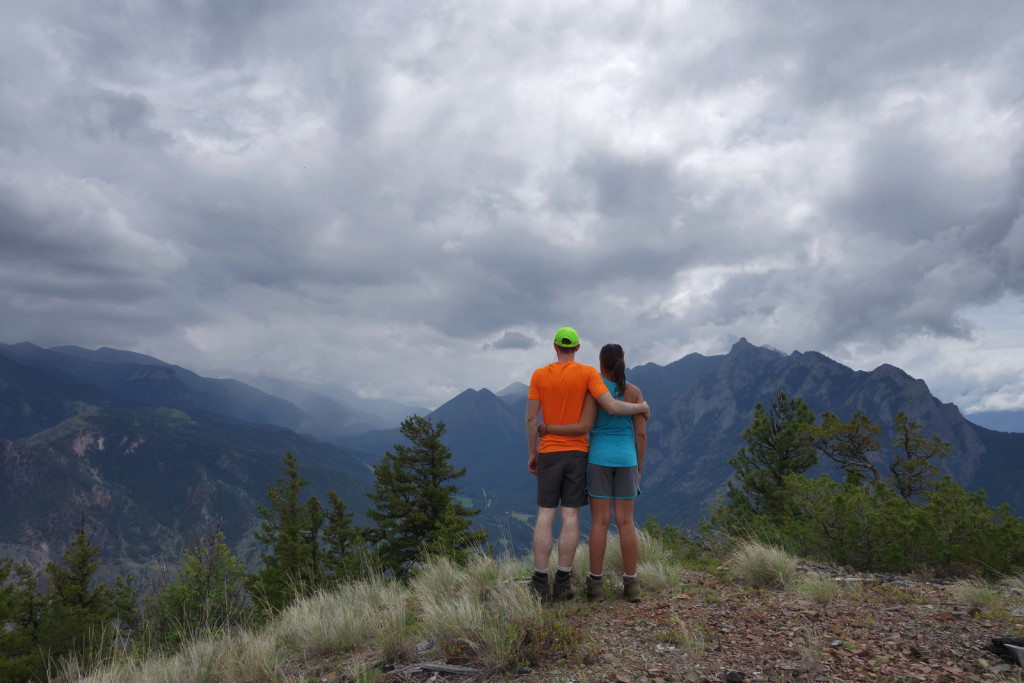 Satisfied with our short day, we retraced our steps back to the car and settled in for the long drive back to Vancouver.

Canyon to Alpine Guidebook < by the Lillooet Naturalist Society
2L of water < no sources along the way
Bear spray, bear bangers, and or whistle < we spotted 2 cubs, a sow, and a grizzly in the area
Camera

Note: The West Pavilion area is wild country. During our drive we saw a total of 8 bears, including a sow, two cubs, and two grizzlies. If you are hiking in the area, be sure to exercise all the usual bear precautions and know what to do if you encounter bears on the trail.

History of the Area

Camelshoof Peak and range take their name from the gold rush. In 1862, Frank Laumeister bought 23 camels from the US military. He intended to use them to carry goods on the Douglas road and Old Cariboo road from Lillooet to Fort Alexandria on the Gold Rush road. This did not last long, as the horses could not stand their smell and they had difficulty on the rocky terrain with their soft feet. They were used well into the 1870s. Many escaped into the wild. The last confirmed sighting of these ‘wild’ camels was in the Ashcroft area in ~1905, although rumours of sightings persisted into the 1930s.

“The camels were not only temperamental, but also vicious. These negative characteristics finally outweighed their good points. They developed a bad habit of attacking anything they did not like. When one of these desert creatures was driven down the gangplank, it passed a prospector’s mule and promptly bit and kicked severely. Disturbingly, the strange animals were completely impartial as to what or whom they attacked – and this ranged all the way from oxen to mules and horses to men.”

– Leonard W. Meyers in Great Stories from the Canadian Frontier

We picked out several campsites along the trail for when we come back to further explore the area. There were lots of flat, sheltered spots with beautiful views of the canyon. From where we were, the fire lookout looked rather derelict and we would not consider using it for shelter.

← Scramble to Evans Peak, Golden Ears Provincial Park, BC.
The 10 (+6) Essentials for Type 1 Diabetics in the Backcountry →
Tweet

2 Comments on “Hike to the Camelshoof Peak, West Pavilion, BC.”