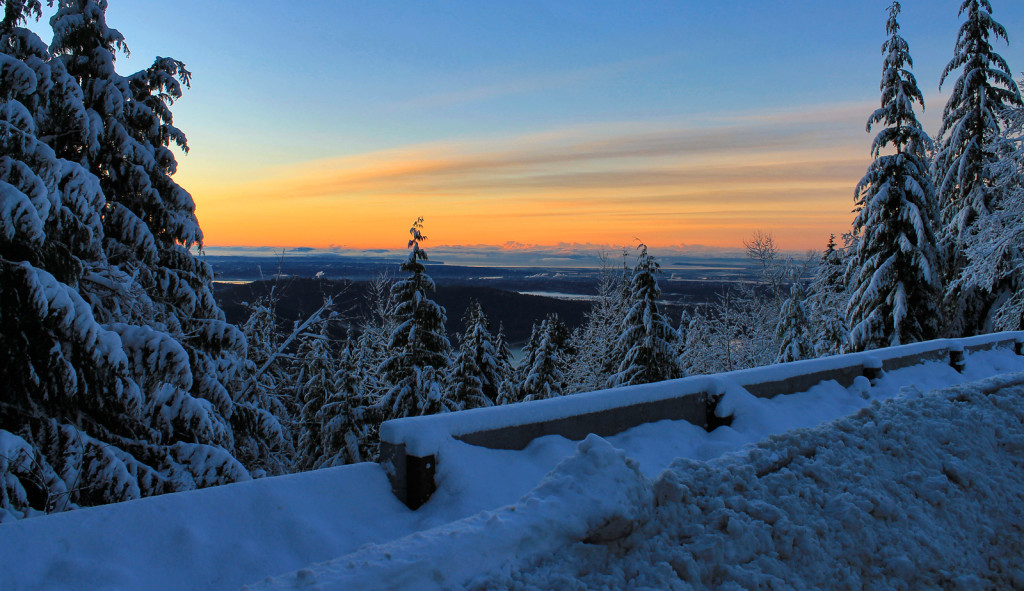 The above photo is of a sunrise taken along Seymour Road, located in the Mt. Seymour Provincial Park, BC. This moment is symbolic of the new year ahead; new goals, new ambitions, and a new start.

Well, it’s that time of year again, where I spend a some time to reflect on the past 12 months. It’ll take way too long to summarize the year, a lot has happened! With the help of friends and family, I’ve started building my brand as ‘Adventures of a T1D‘ and designed an awesome logo. I met incredible people and I’ve had the opportunity to work with several teams (including Animas Canada, 2XU Canada, and Duck Mountain Outdoors) to help promote diabetes awareness. Most importantly, I was able to connect with countless people who inspire me to try harder, push forward, and keep challenging myself.

Similar to last year, I’ve spent some time flipping through old pictures, video clips, and blog posts; the ones that stir emotions are not the ones with ‘top of the world’ views, immense mountains, and strenuous objectives. They are moments that made me stop, think, and truly appreciate where I am.

One weekend during the summer, we explored around the Blowdown FSR, located off of the Duffey highway. Day 1 was a heinous bushwhack with no real plan in mind other than knowing which direction we wanted to go. Luckily, we came across the beautiful Kidney Lakes which made the bushwhacking worth while. Day 2 was a scramble up Gotcha Peak. The entire area is breathtaking, but what blew my mind was the lake we camped beside. 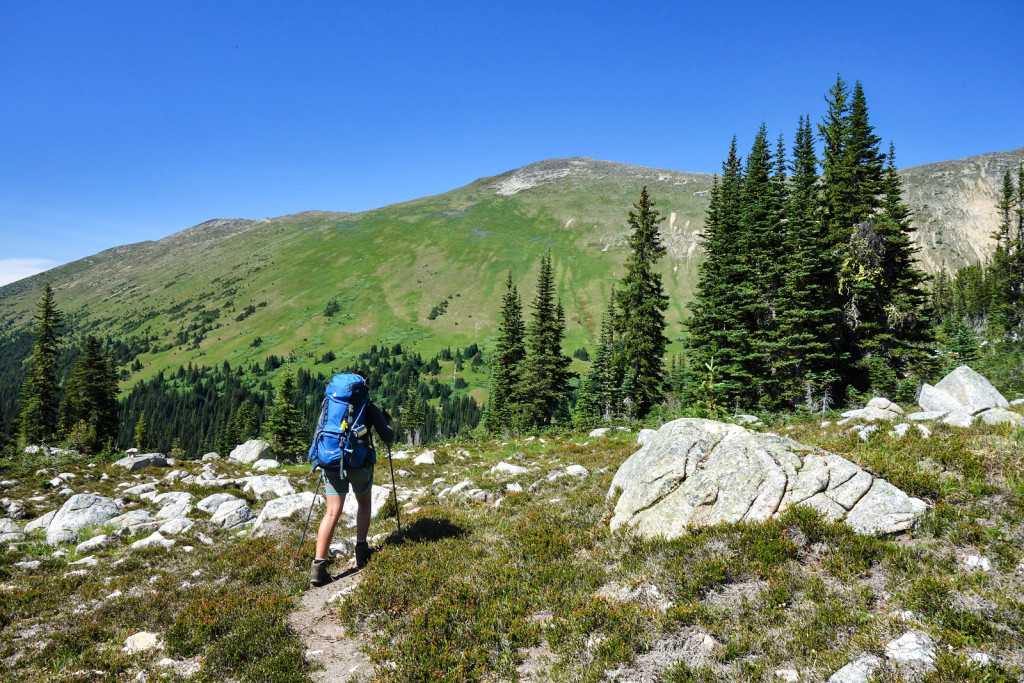 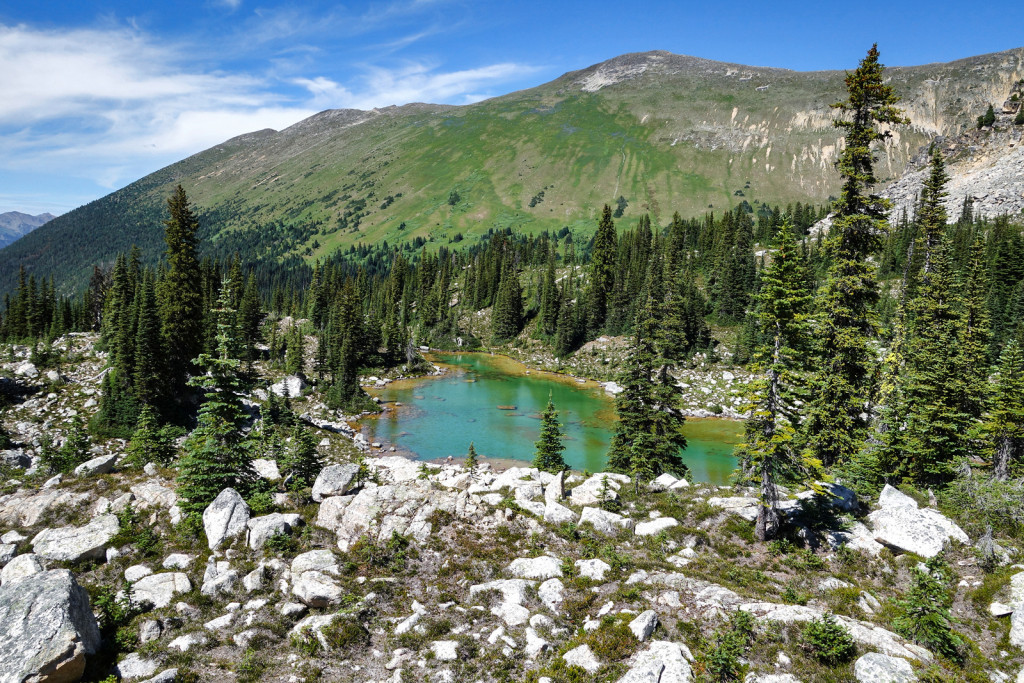 For my birthday, a small group of us spent the weekend camping at Skookumchuk Hot Springs and Sloquet Hot Springs, located along the In-SHUCK-ch FSR near Pemberton, BC. The weather was less than ideal and we were rained on for most of it. When we arrived back home, we realized we missed one of the worst storms we had all summer. The springs are stunning and I loved spending my birthday with those I love.

“We celebrated my bday this weekend by camping at some natural hot springs. We missed the storm and endured a warm, rainy night instead. On our way back to the city, we stopped to eat 3 slices of my favourite cakes which were mushed together from driving over 170km of forest service roads. This was my kinda bday!” 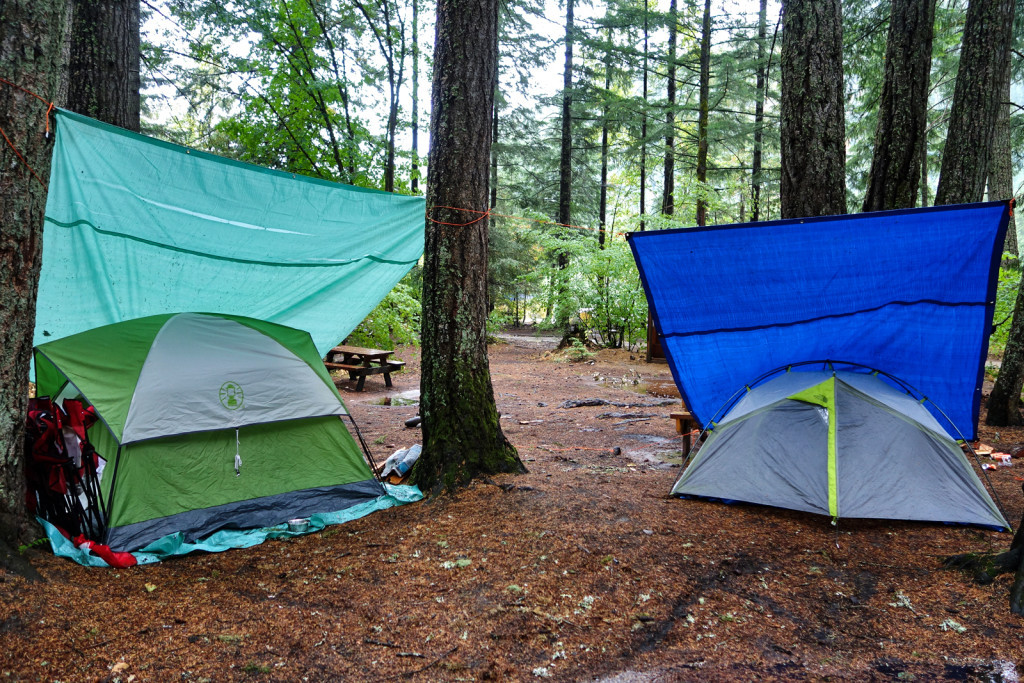 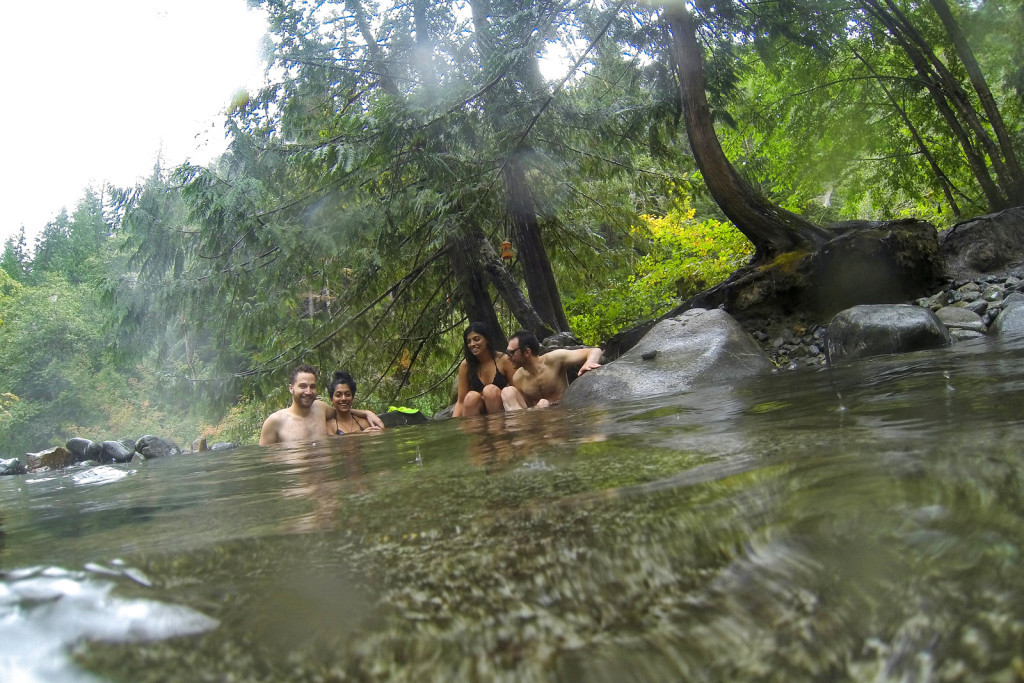 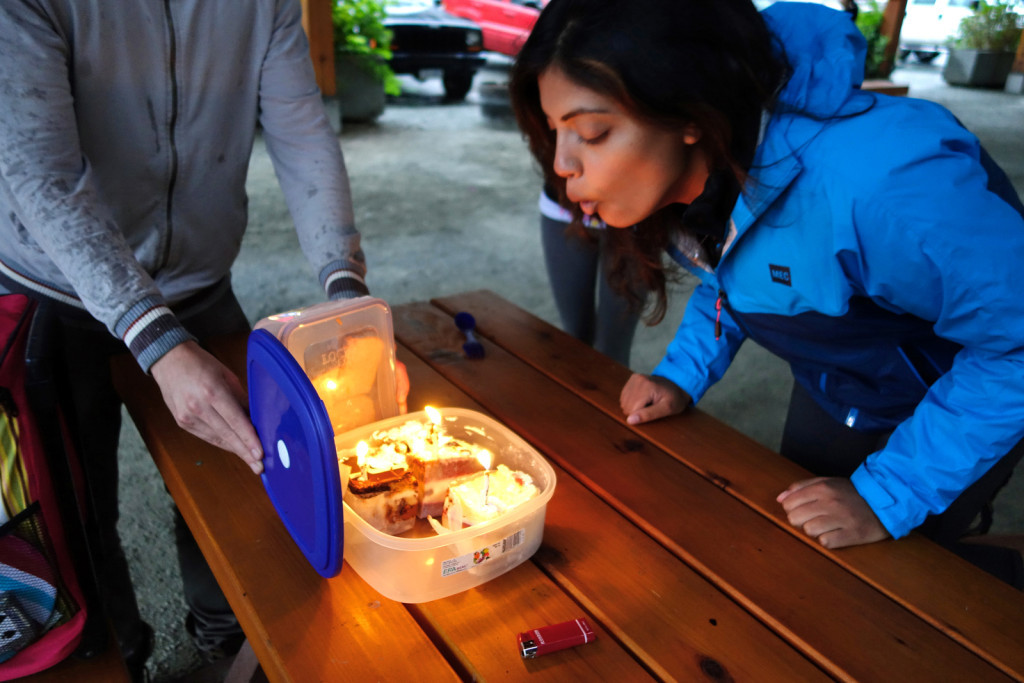 This is a popular hike located in E.C. Manning Park, BC. Every year, around Thanksgiving Day, the 2000+ year-old larches turn golden yellow before shedding their needles for the season. The crowds of people are well worth the views. 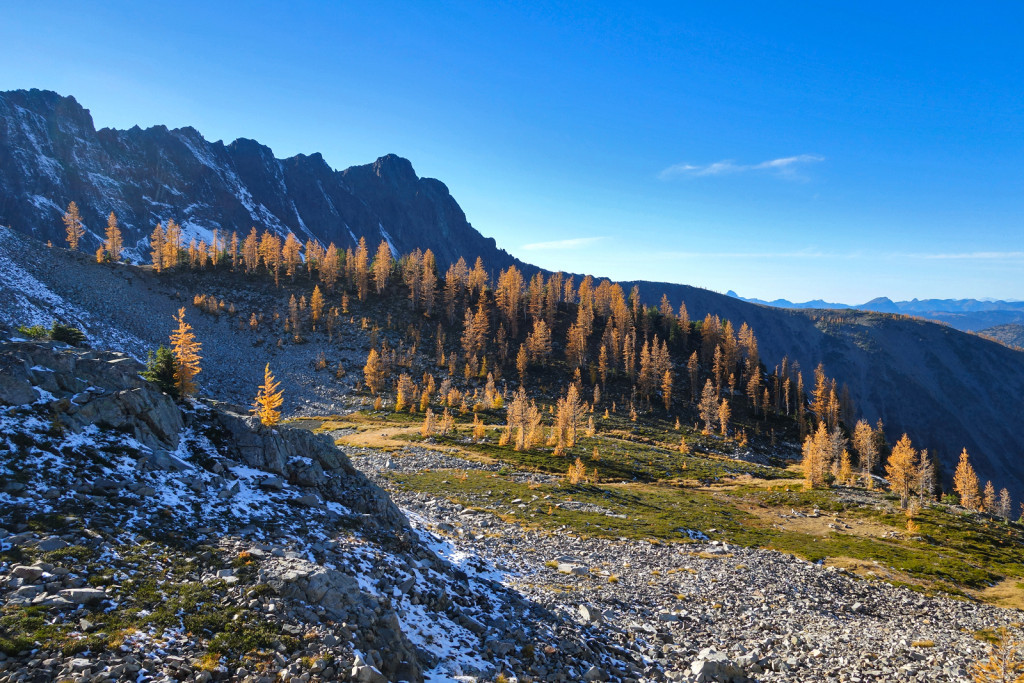 This was one of the most magical days we experienced in the mountains. On the Summer Solstice of June 2014, I was on the highest peak of Mt. Kilimanjaro. To re-live the experience in our local mountains, we decided to head up the Little Diamond Head, located in Squamish, BC. The views were unworldly!

“Starting our hike in the evening, route-finding by headlamp throughout the night, and seeing the world awaken from its slumber was a breathtaking experience that will stay with me forever. One year after standing on the summit of Mt. Kilimanjaro, I was standing on an insignificant peak, but the feelings of accomplishment were no less significant.”

North of Birkenhead Lake, we hiked up to the Brian Waddington hut on a hot/dry summer day; the uphill slog was worth the views surrounding Long Lake. The hut serves as a basecamp for surrounding peaks including: Gandalf, Aragon, Frodo, and more. These peaks make up the Tolkien Group; named after characters from Lord of the Ring. Views aside, I’d say the area is reputable for the sake of their summit names. 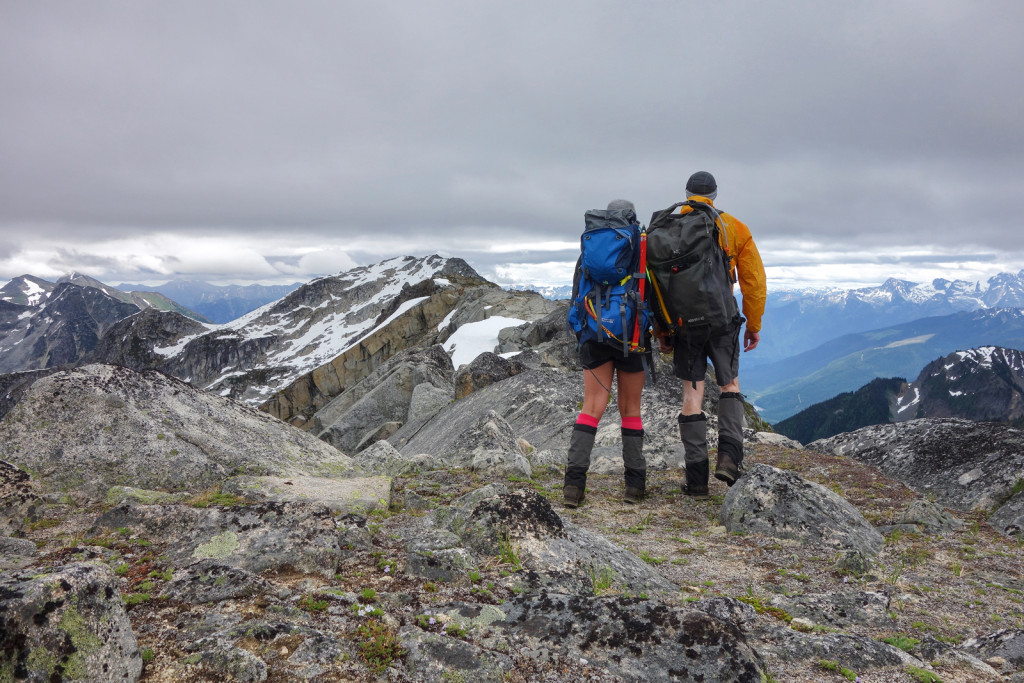 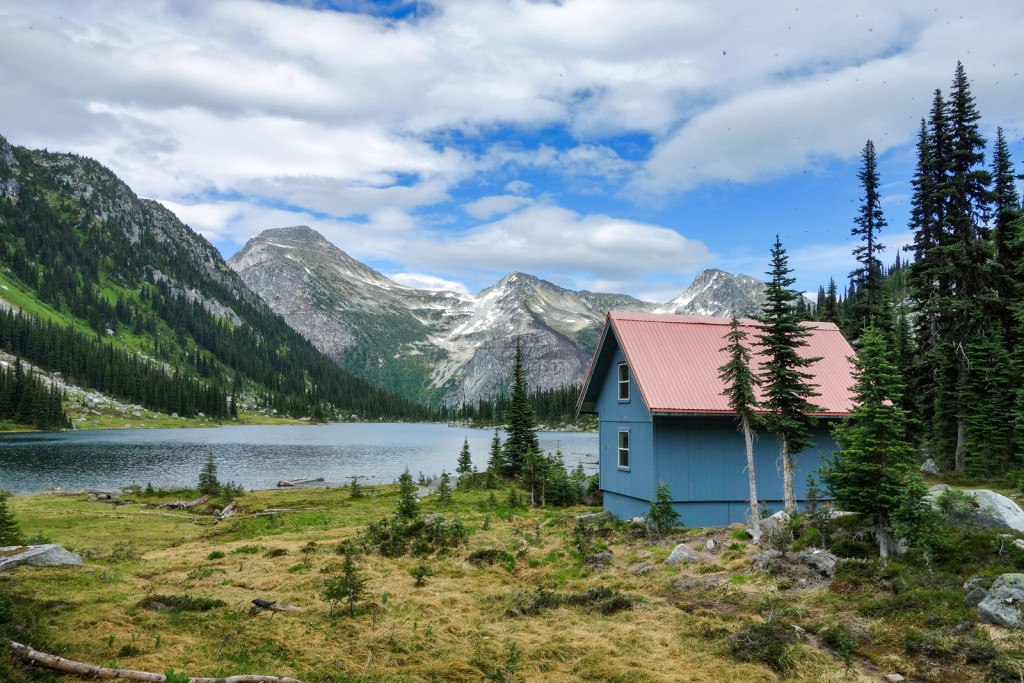 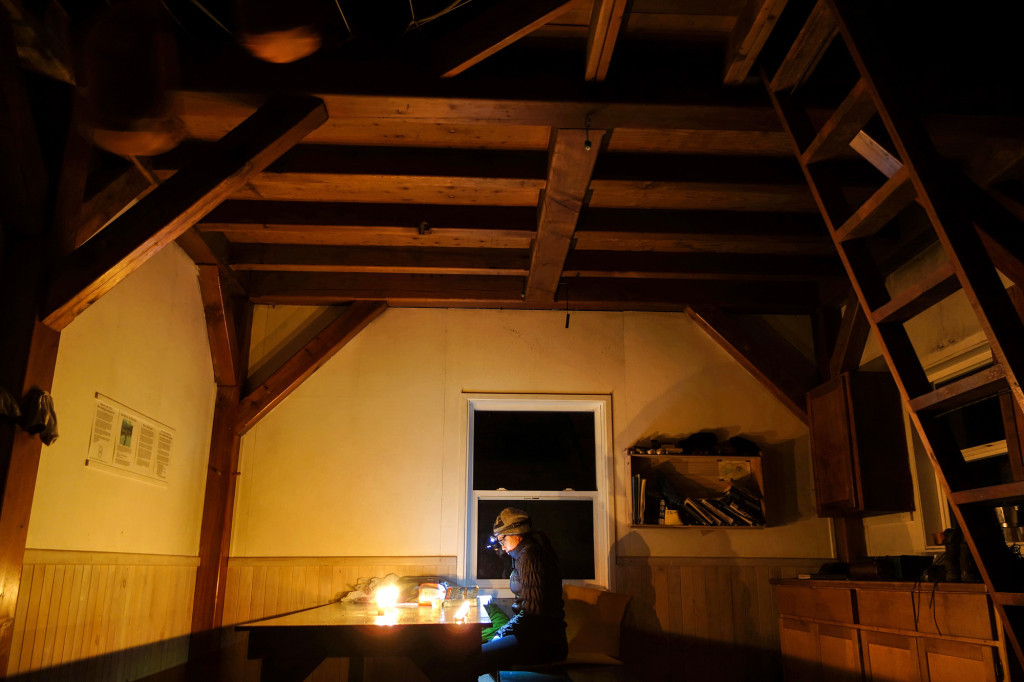 Ryan and I took Skeena out for a steep hike/scramble to Evans Peak, located in the Golden Ears Provincial Park. Skeena didn’t make it up the final kick, but she put in a solid effort and we were unbelievably proud of her.

“This was Skeena’s first scramble; not bad for a 10 year old puppy! I was unbelievably proud of how she handled the steep sections along the trail. She seemed comfortable throughout the hike; she had very natural instinct when ascending and descending scrambles. She learned to pick up momentum quickly, when tackling the first scramble.” 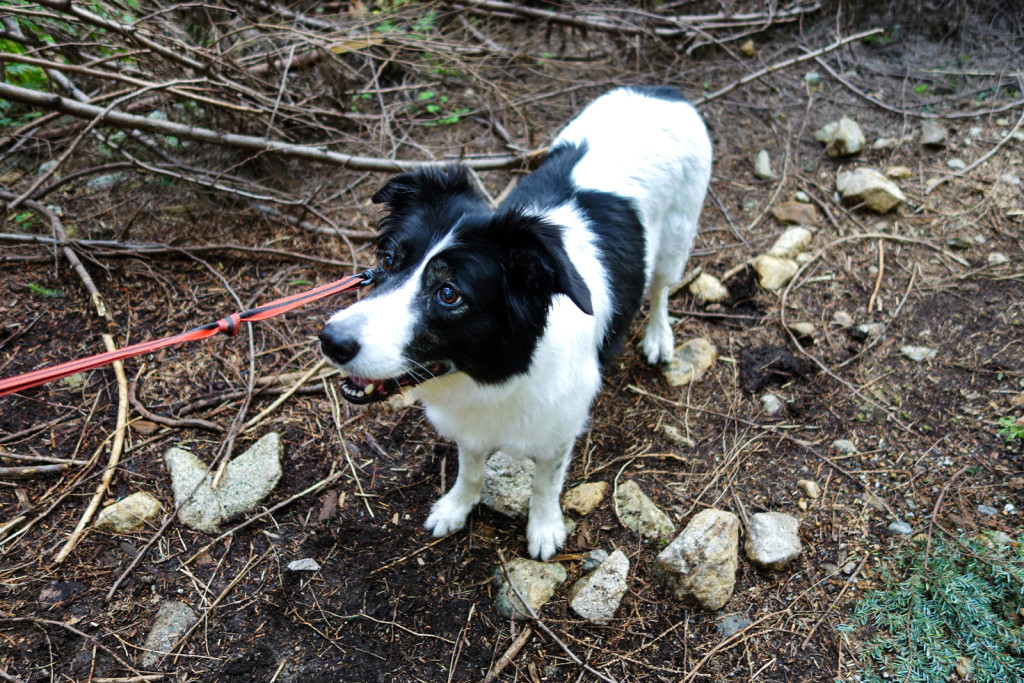 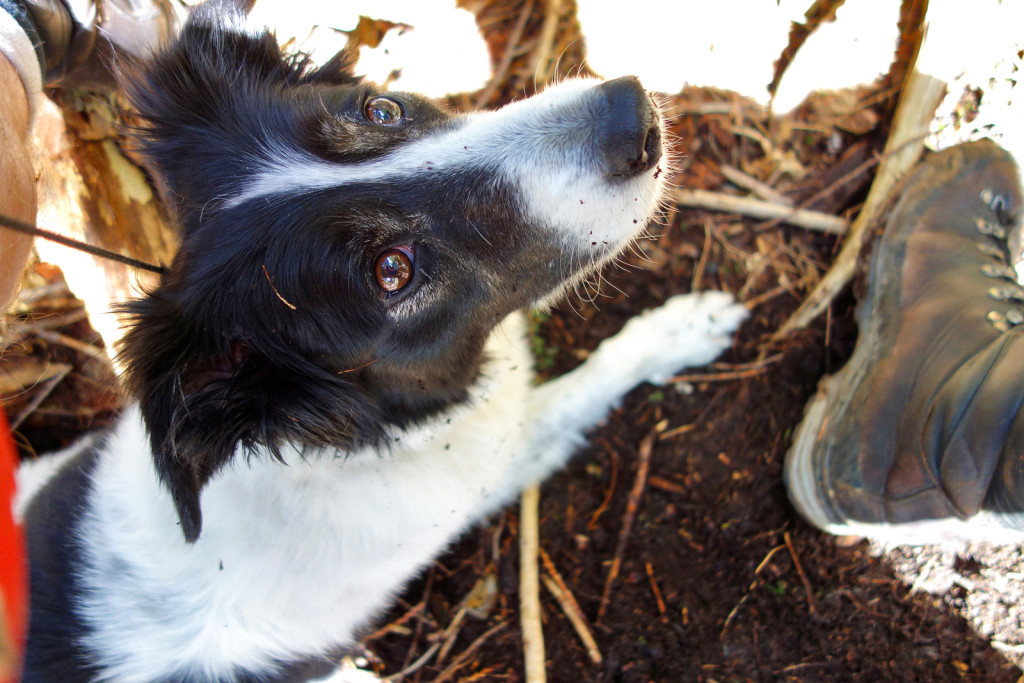 On Easter long weekend, we checked a small corner in the South Chilcotin. We visited Lake Lamare, Burkeholder Lake, and explored the Yalakom Valley. Not only is this area beautiful, but it is enriched with history. We concluded we could spend a lifetime exploring out there and it would not be enough.

“Throughout the long weekend, I realized everything about the outdoors fascinates me. Whether I’m scrambling high above the tree line, taking in views that allow me to see forever, or hiking through a cutblock – along an old spur road built decades ago. I’m constantly intrigued and wanting to experience more.” 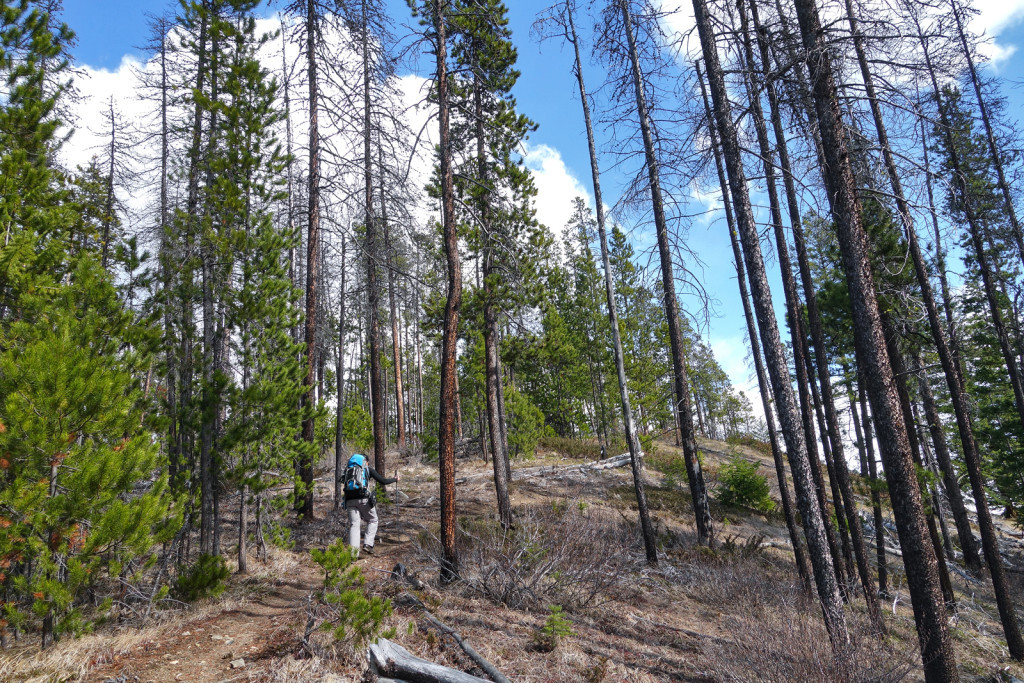 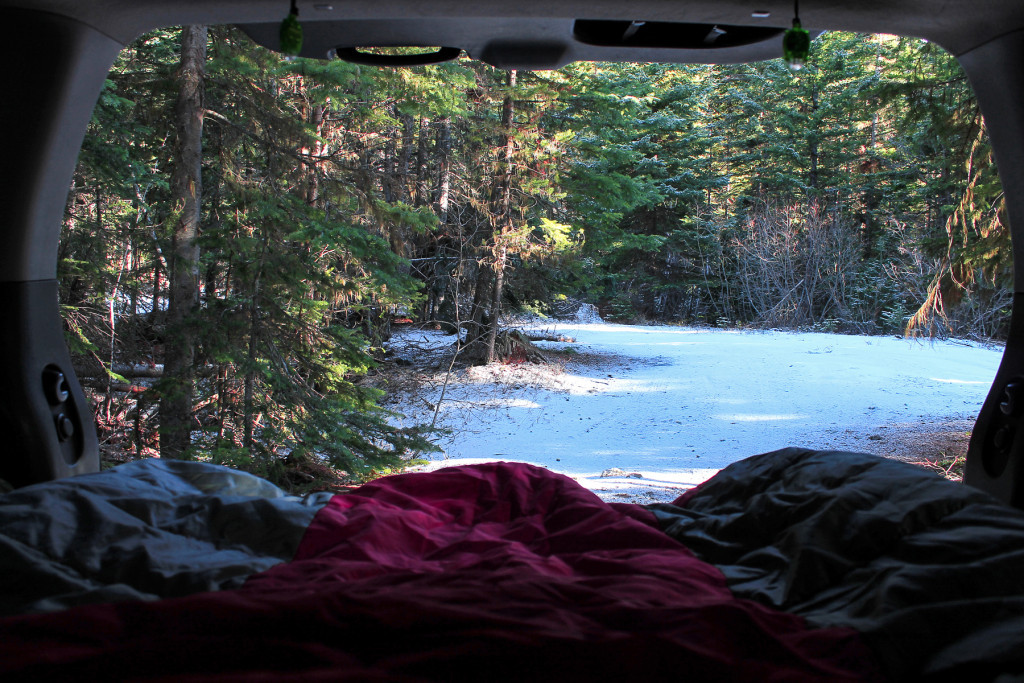 After 1.5 months of no hiking, we checked out the Illal Meadows area, located off of the Coquihalla Highway. It was September long weekend and we experienced our first dusting of snow while camping out in Illal Meadows. Our plan was, infact, to avoid the snow; we were nailed with a rain, hail, snow, and wind storm instead. This trip was nothing short of ‘epic’ given the erratic weather. 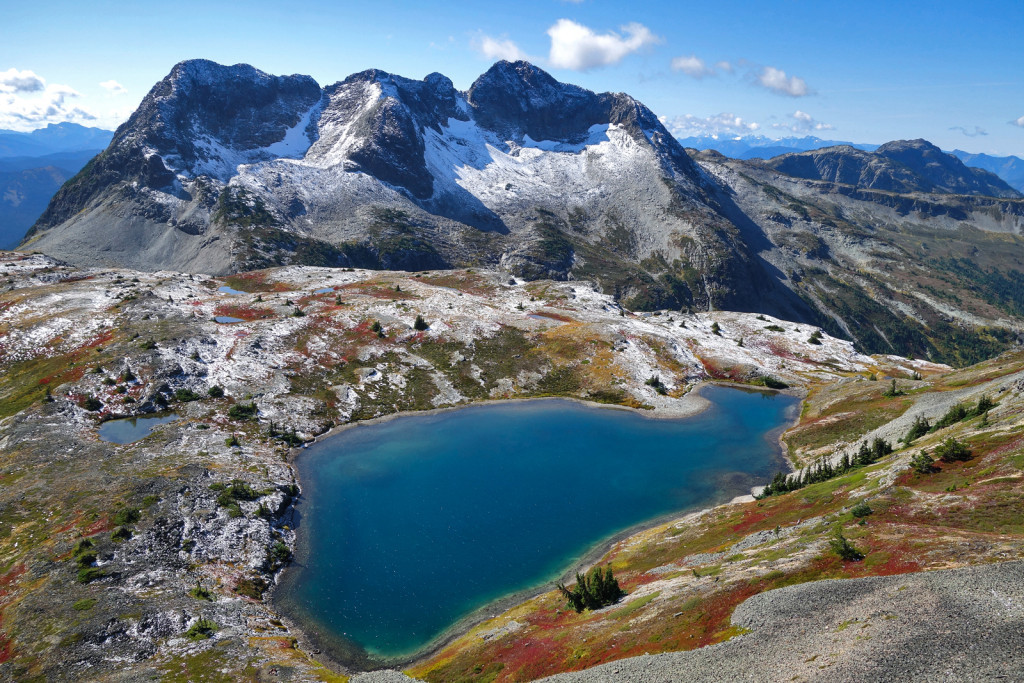 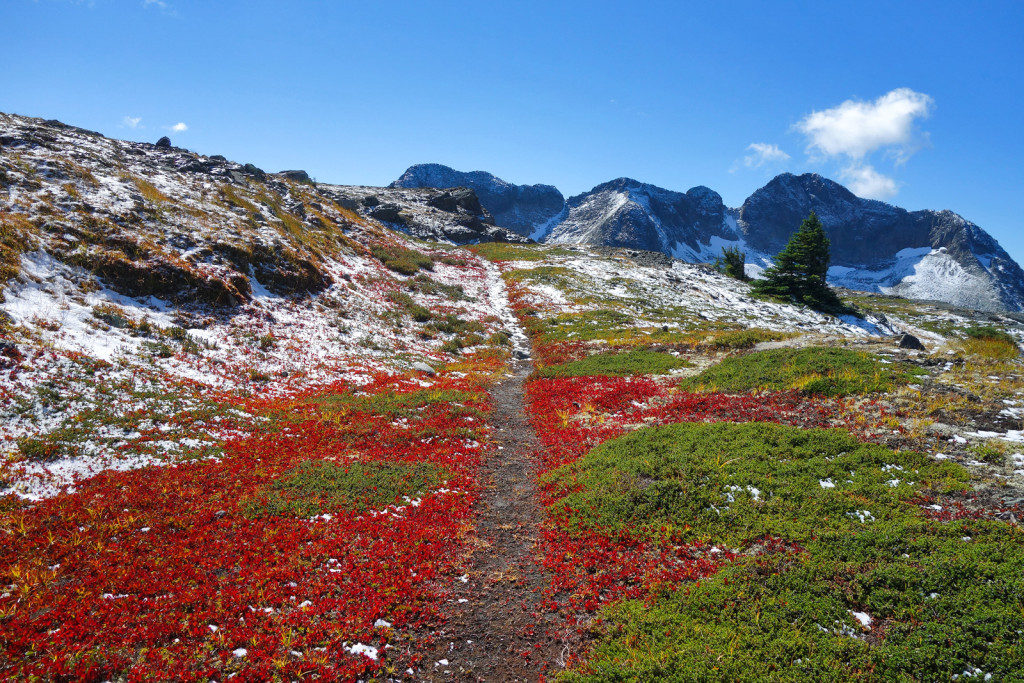 We thought to switch it up and give the mountains a break one weekend, so we headed out for a short kayak up the Indian Arm. Instead of setting a destination goal, we opted to paddle wherever the flow lead us. Our first stop was the beach across Jug Island and our turn around point was the Twin Islands. Admittedly, I don’t think we spend nearly enough time on the water. 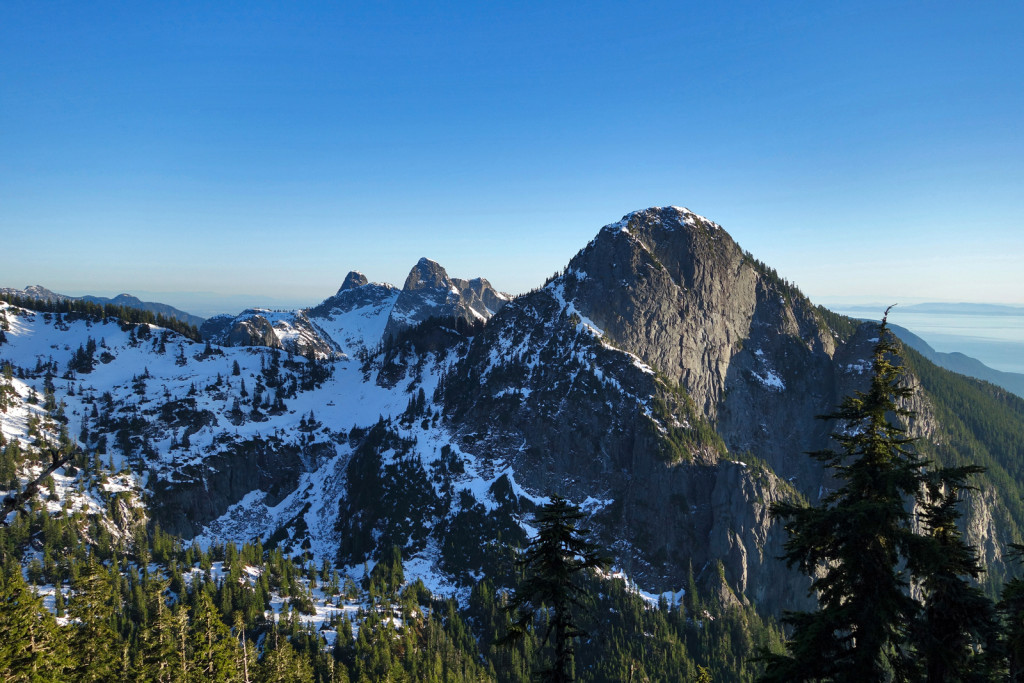 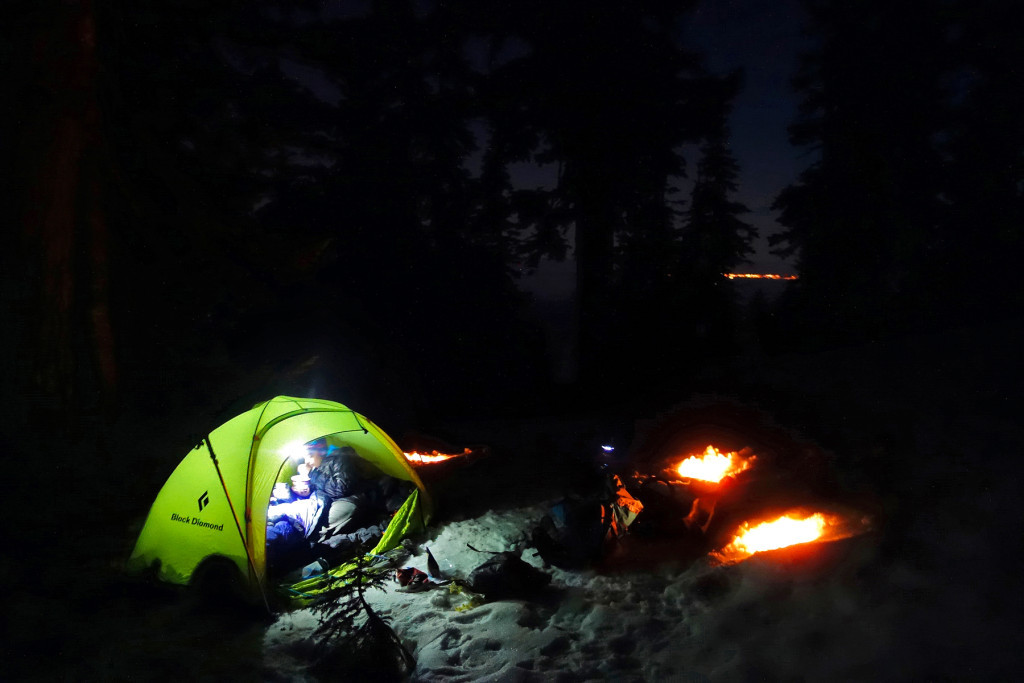 This was one of several trips I didn’t blog about. Feeling rather explorative, Ryan and I headed up the West Pavilion FSR, located north of Lillooet, BC. We found several areas we’d like to get back to for future trip objectives, but more importantly, we found some sweet camp spots along the ~100km drive.

As far as we could tell, a few of these spots are seldom visited and “unofficial” – meaning we couldn’t find any info online or in any guide/trail books. 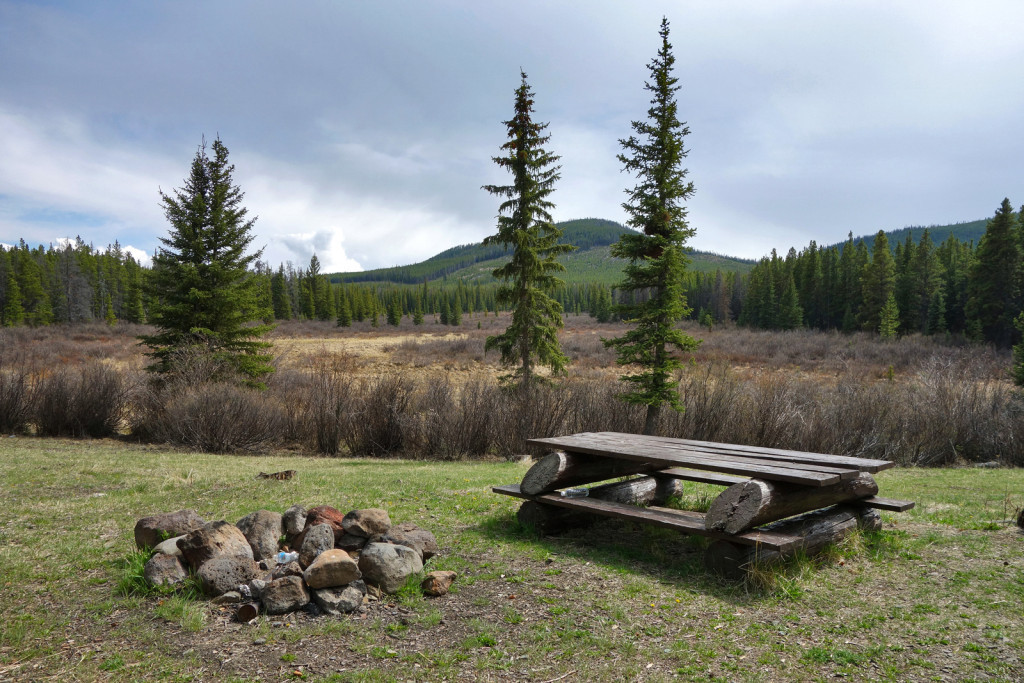 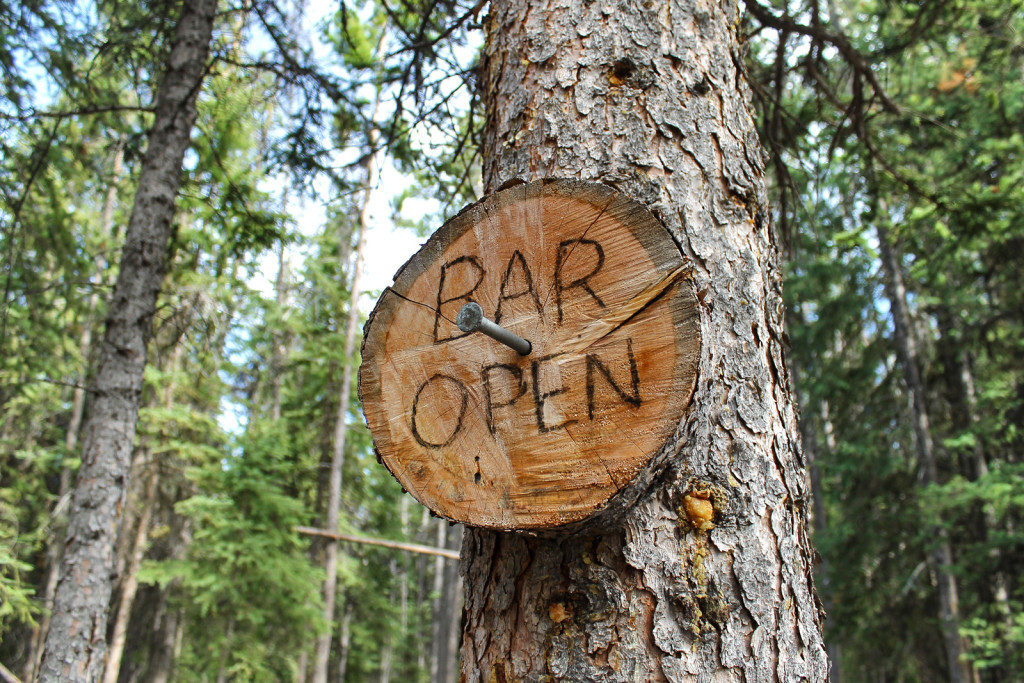 It’s been one hell of a spin around the sun. Here’s to more adventures, more headlamp starts (and finishes), and more time in the mountains. On to the next one!

What do you have planned for the New Year? Comment below 🙂