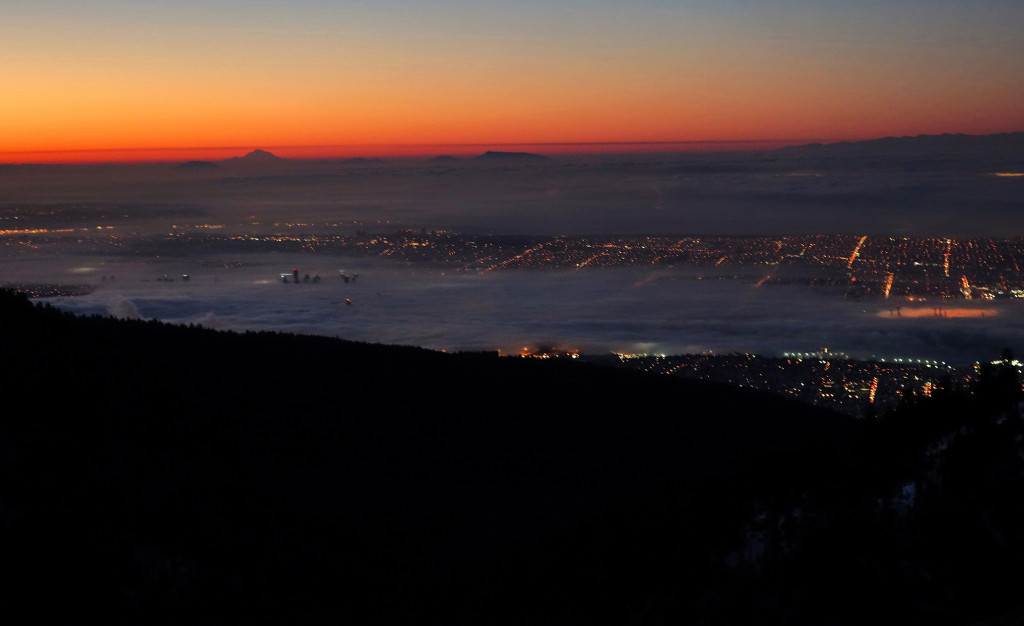 Ryan and I attended the annual North Shore Rescue Christmas party at Grouse Mountain’s Altitudes Bistro on Saturday evening. With the great weather forecast (clear skies and a temperature inversion), we took advantage of our starting position; after the party, we grabbed our packs and hiked out to Thunderbird Ridge for a winter camp and sunrise.

This is an easy hike/snowshoe in the Grouse slackcountry with views of the Lower Mainland and beyond. Pros 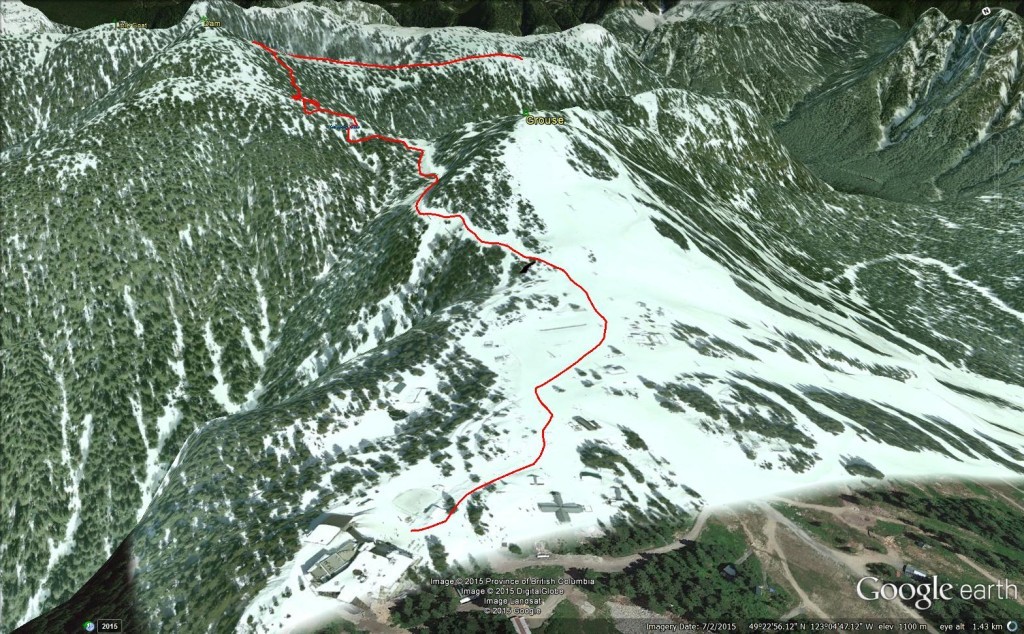 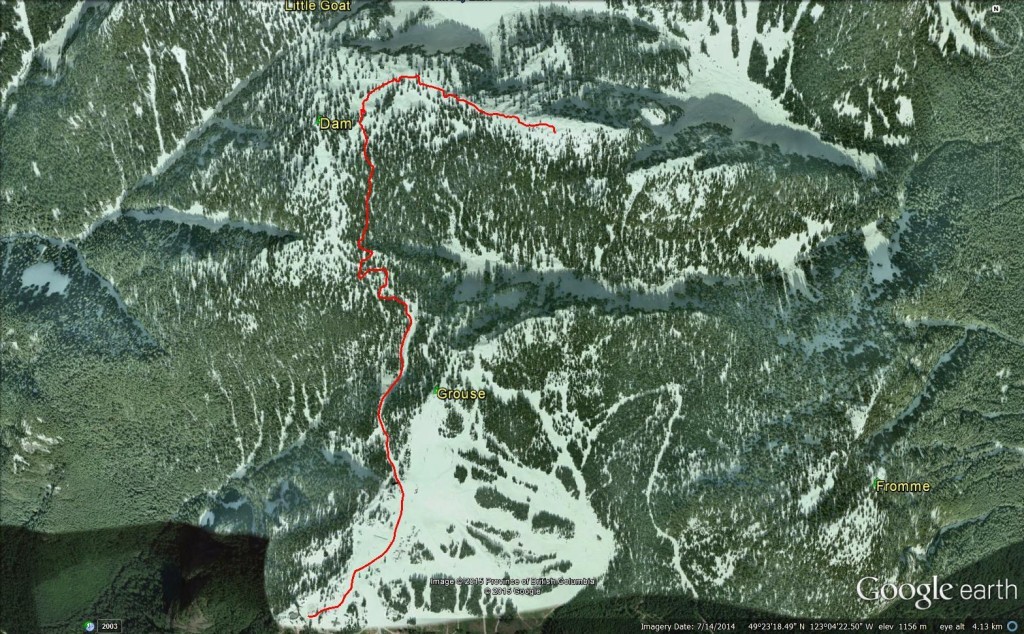 We’re constantly inspired by our local mountains, enough so to head out after a night of celebrations to soak up the evening stars and early morning rays.

The NSR Christmas party ended around 11 and we changed out of our formal wear and into our hiking gear. Ryan went down the tram to pick up our packs, and we set off into the night. 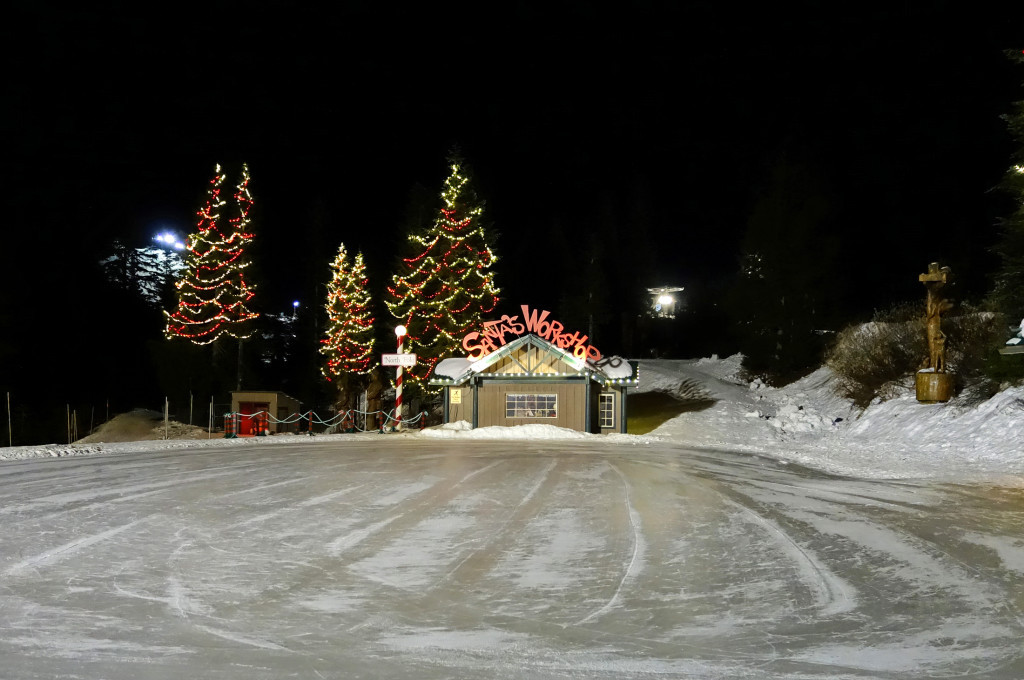 The skies were clear and the moon was near full, which made the forest and snow appear softly lit. We followed the “Snowshoe Grind” through the ski hill and to the turnoff for the Alpine Trail. The trail was well worn – snowshoes were not needed, but microspikes were very useful. Similarly, the Alpine Trail was well-trodden through the ~30-40cm of snow.

We reached the turnoff for Thunderbird Ridge; we were happy to see there was also a distinct trail through the snow. We dropped some elevation onto the ridge and gained it back as we continued along.

At the end of the ridge, we shoveled a flat spot in the snow and set up our tent. 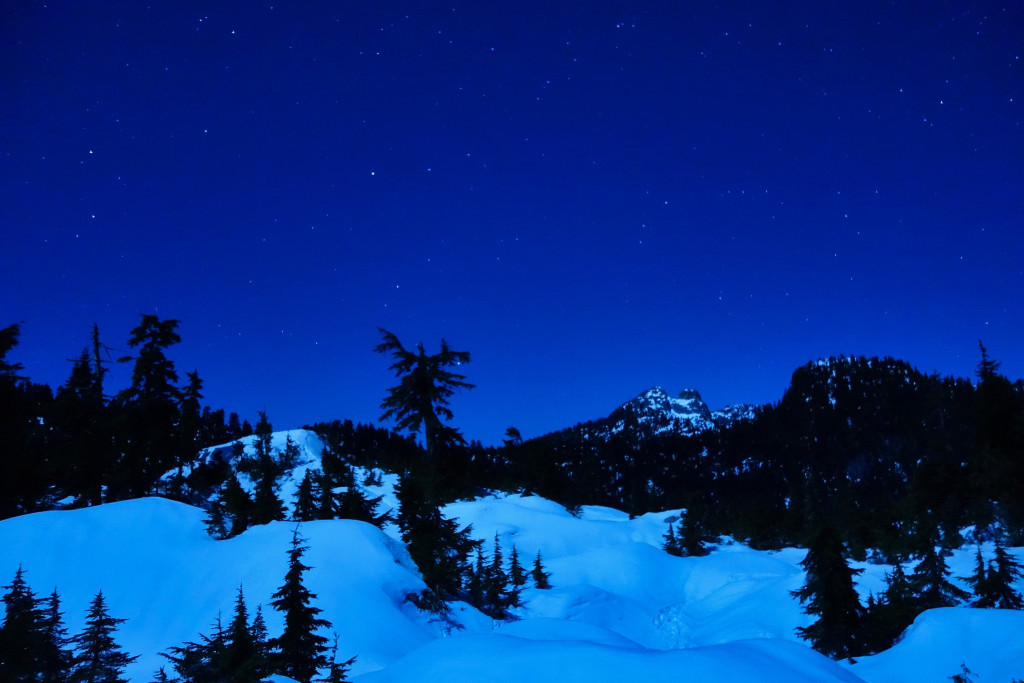 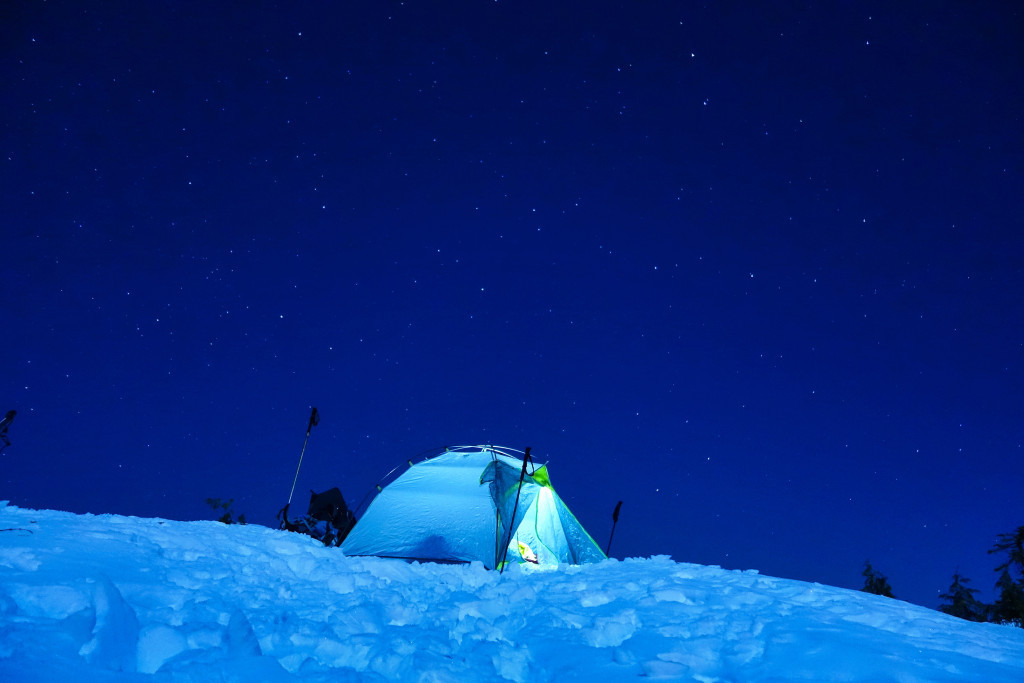 The views were spectacular with the clear night, and we each took turns with the tripod, trying our hand at long exposure shots. 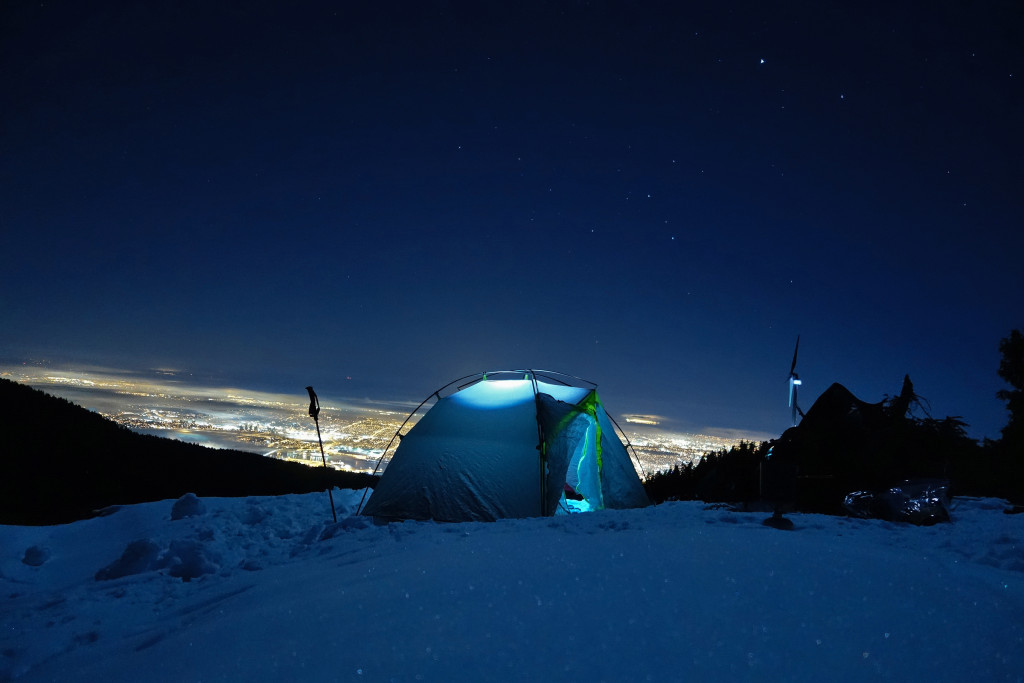 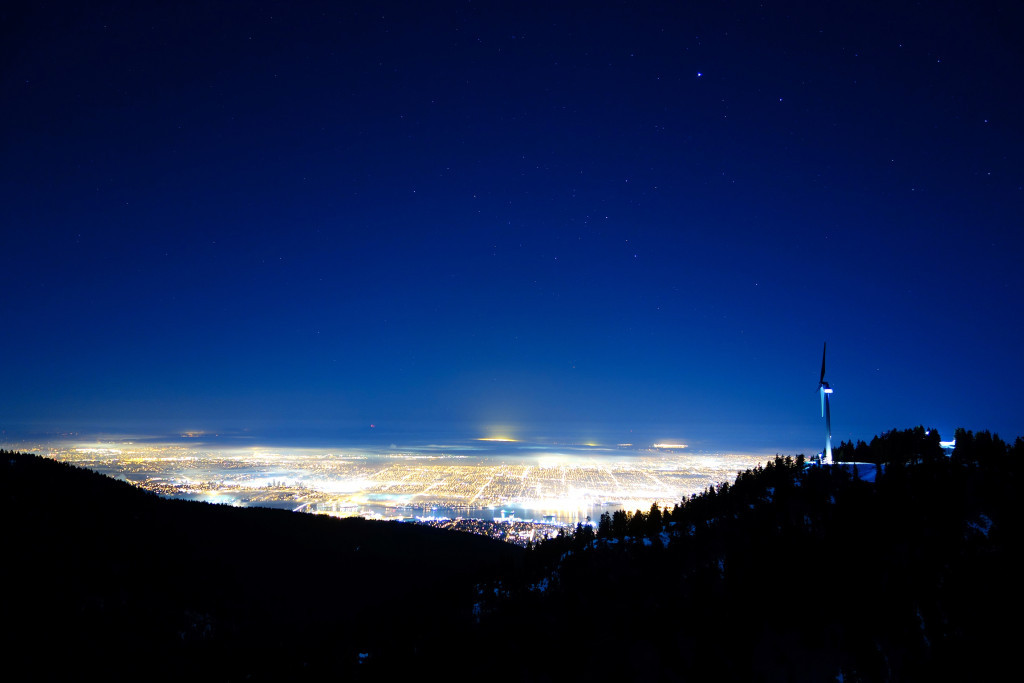 “I often think that the night is more alive and more richly colored than the day.”

Before we knew it, it was 3am and past our bedtime. We set an early alarm and settled into our sleeping bags. With the inversion, it was a relatively warm and cozy night.

Our alarm went off way too early the next morning. When we looked out from the tent, any lingering weariness disappeared by the spectacle before us. It was a little before dawn and the sky was just starting to light up with colours of yellow, orange and red over Mt. Baker. Within minutes, the soft glow of colours ebbed and flowed across the sky. Down below, banks of fog rolled in and out across the Lower Mainland. 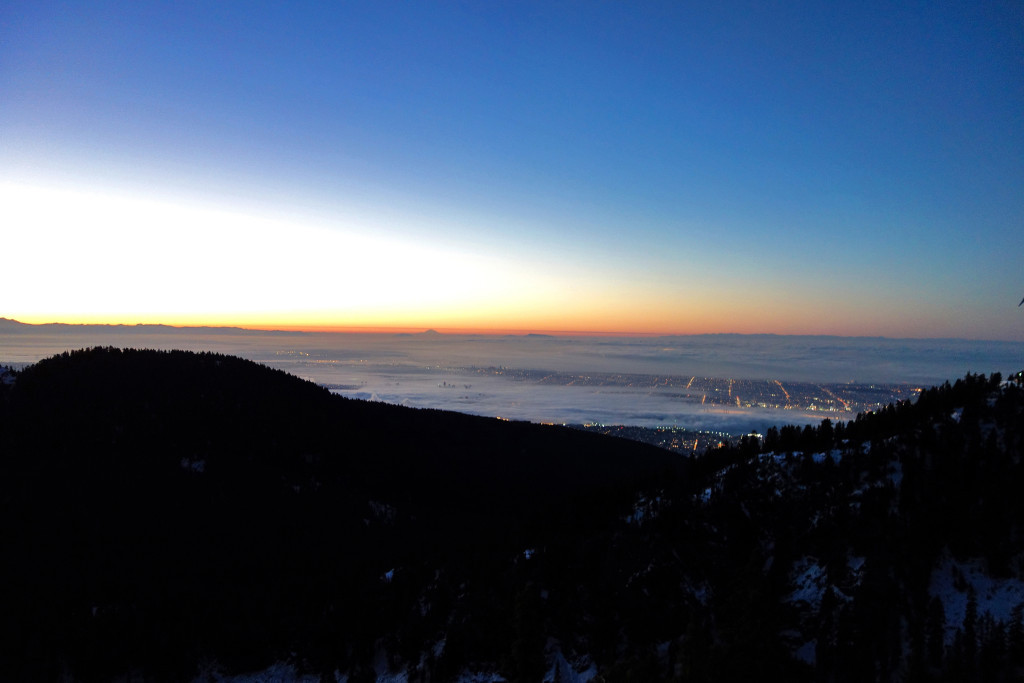 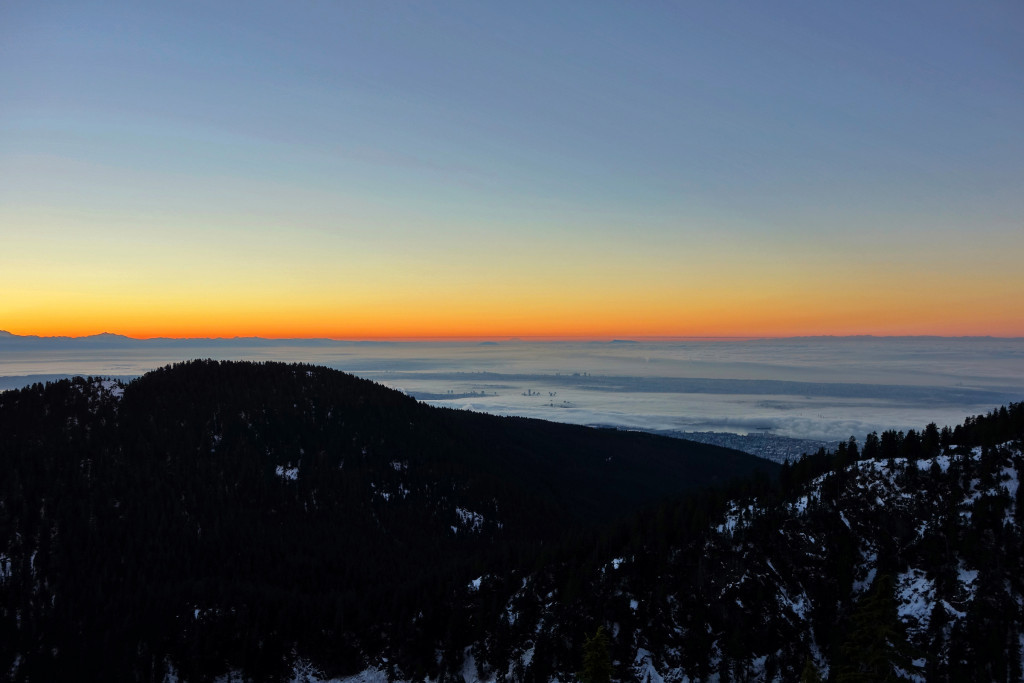 My favourite view of the morning: 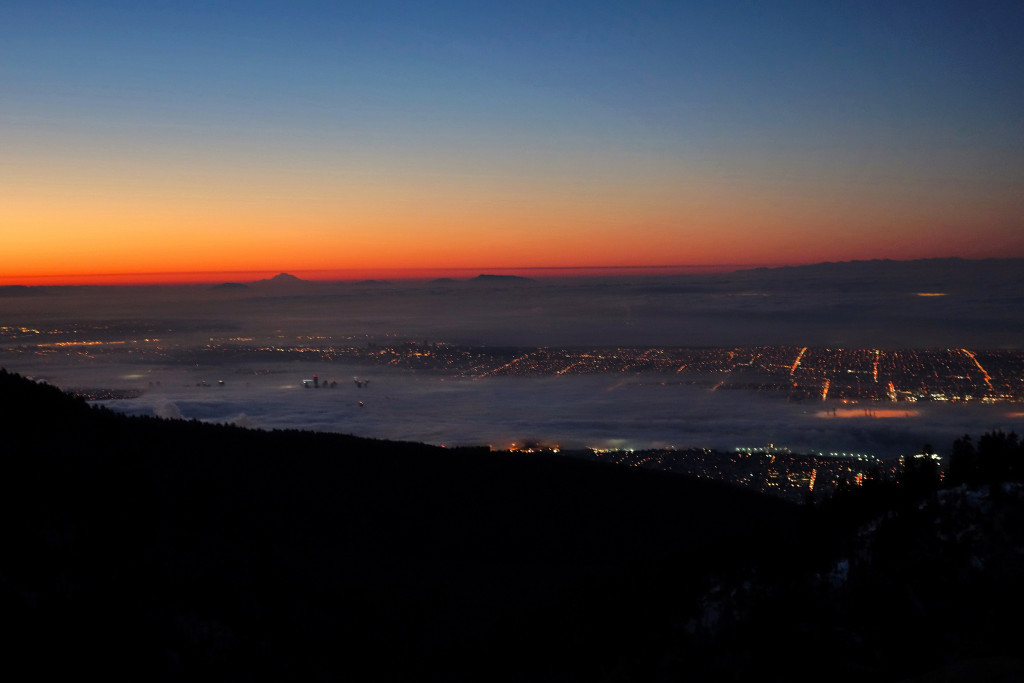 At sunrise, the sun peeked over the horizon and illuminated the world with its glow. Mountain tops and fog were lit up as the fresh day began to progress. 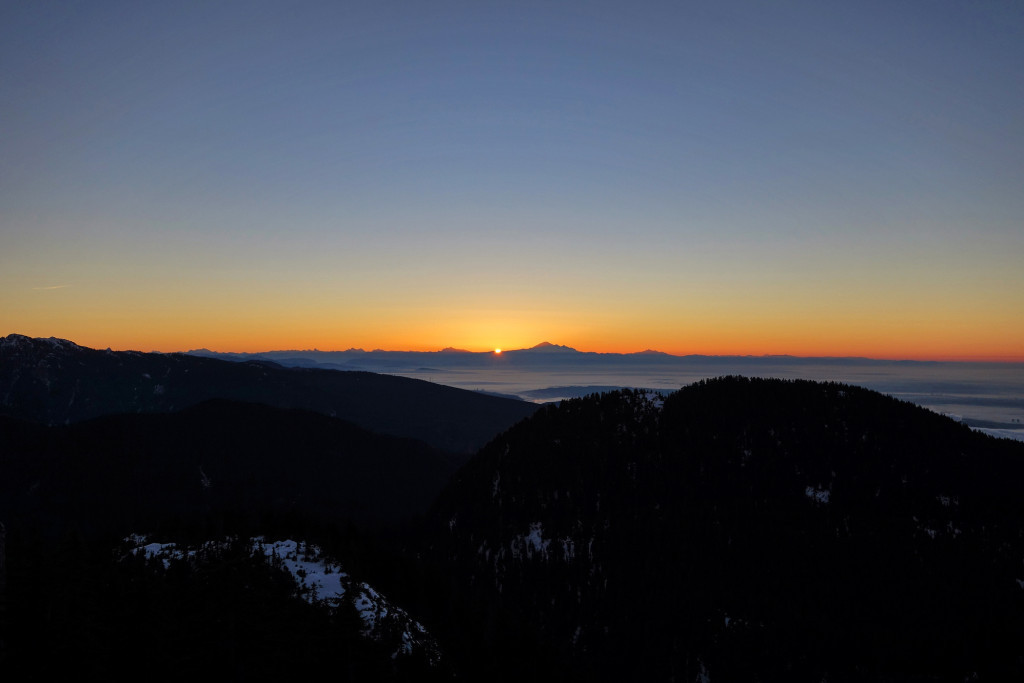 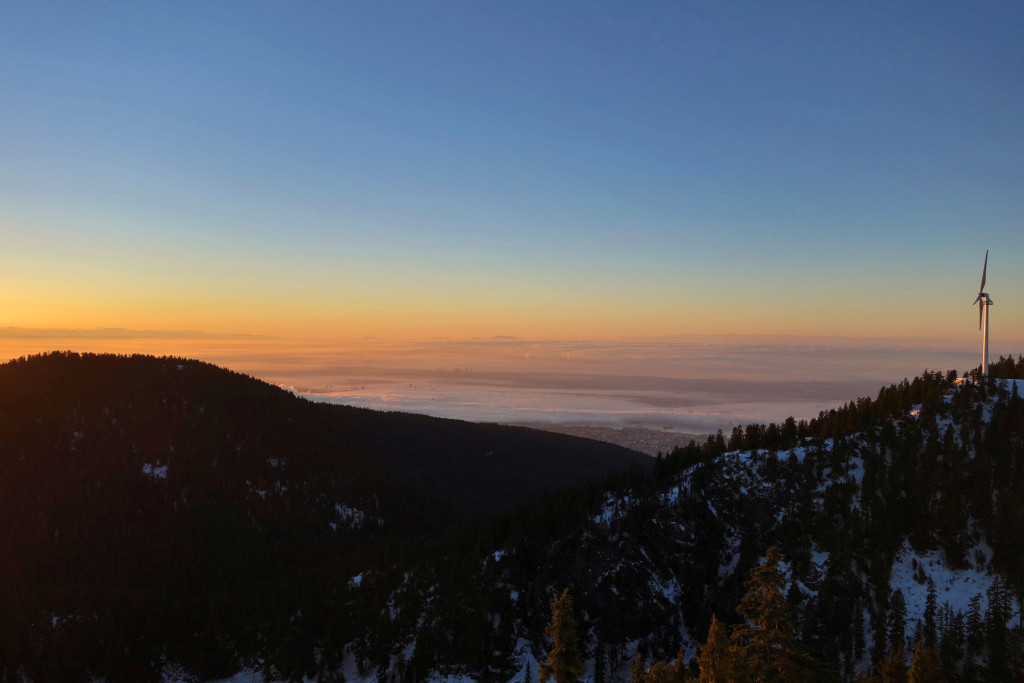 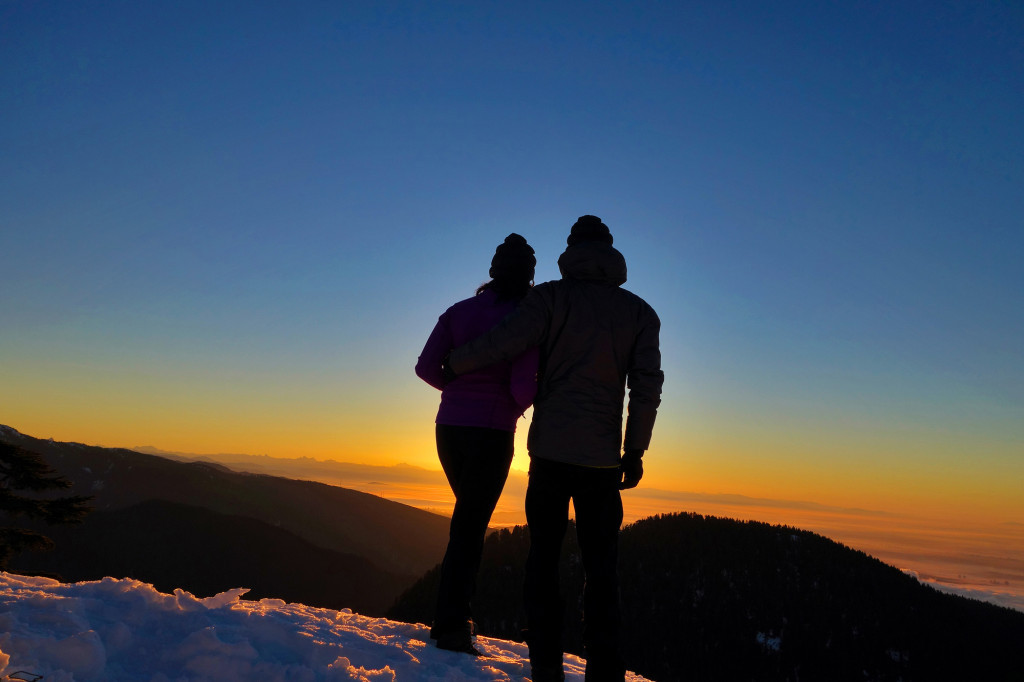 We lounged around, taking pics and enjoying the warm sun. 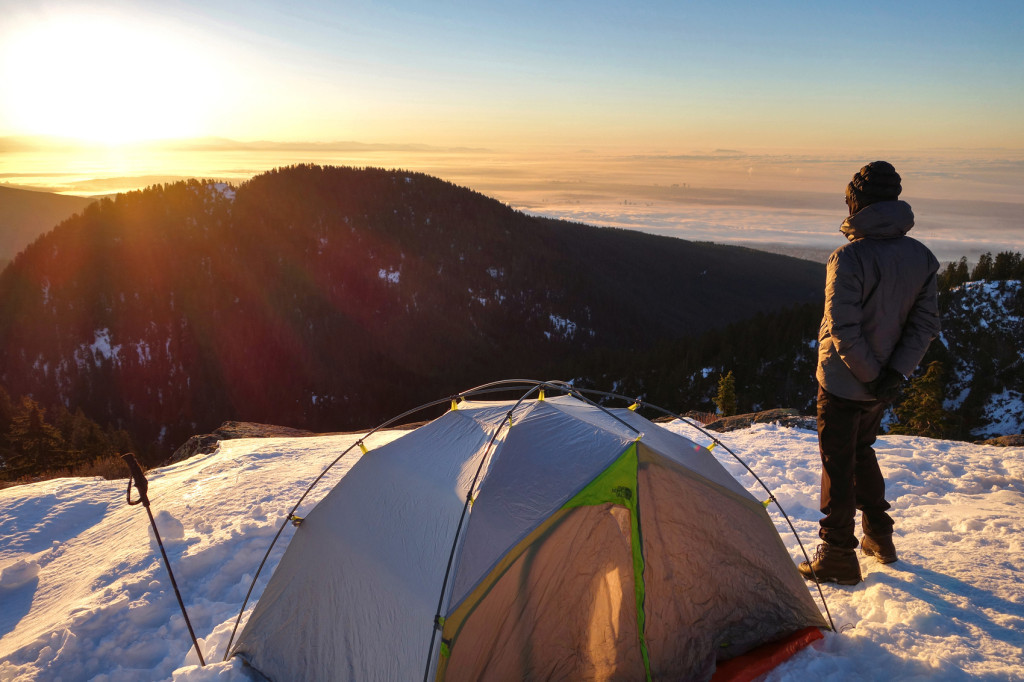 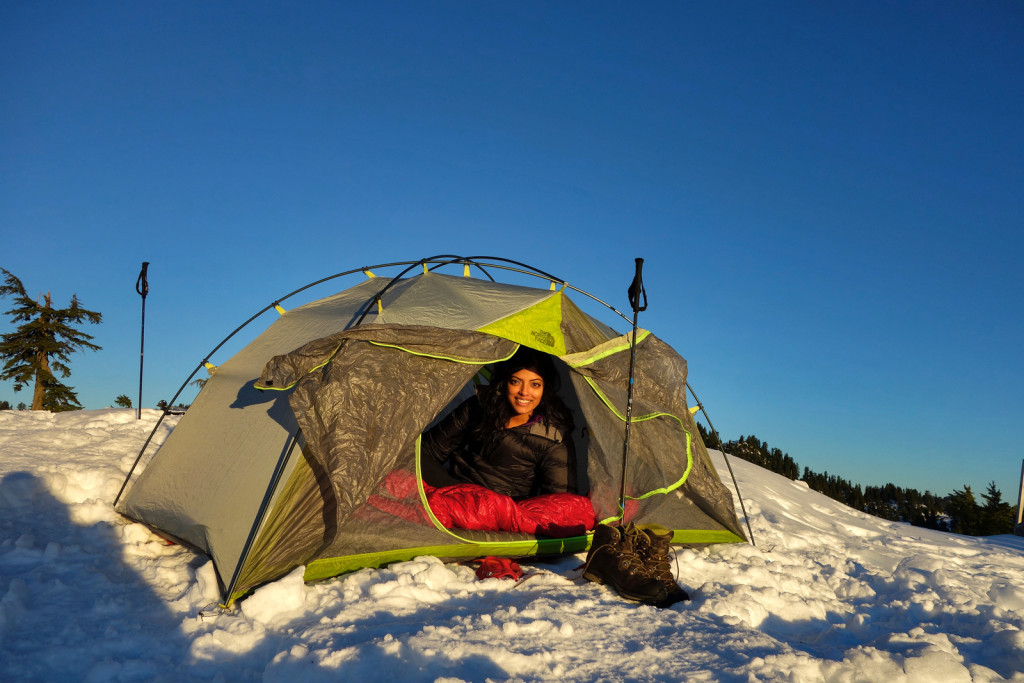 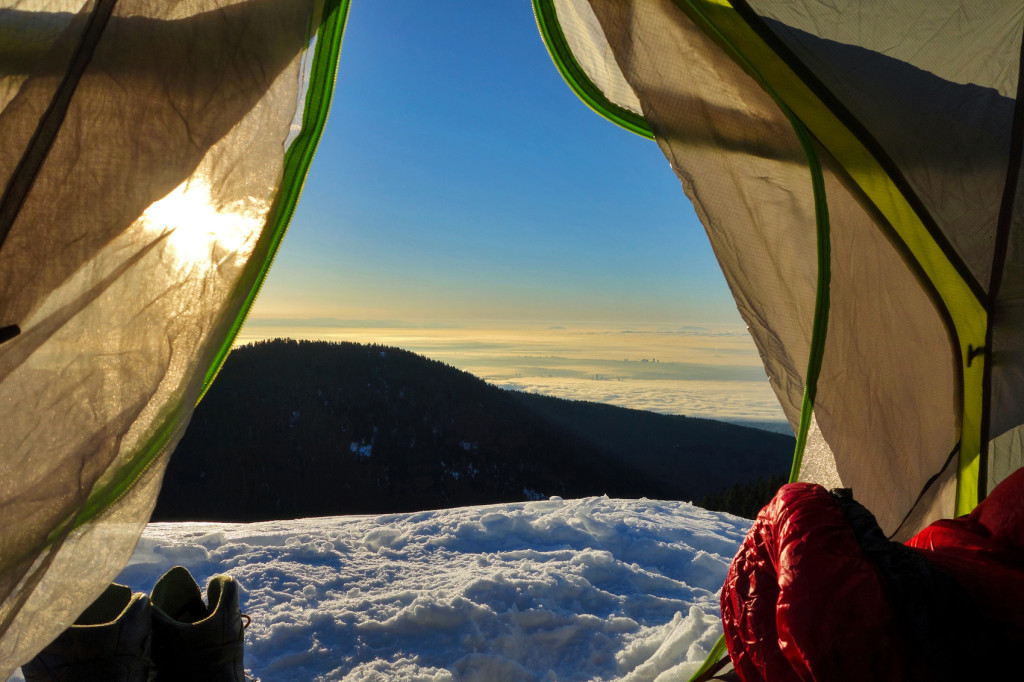 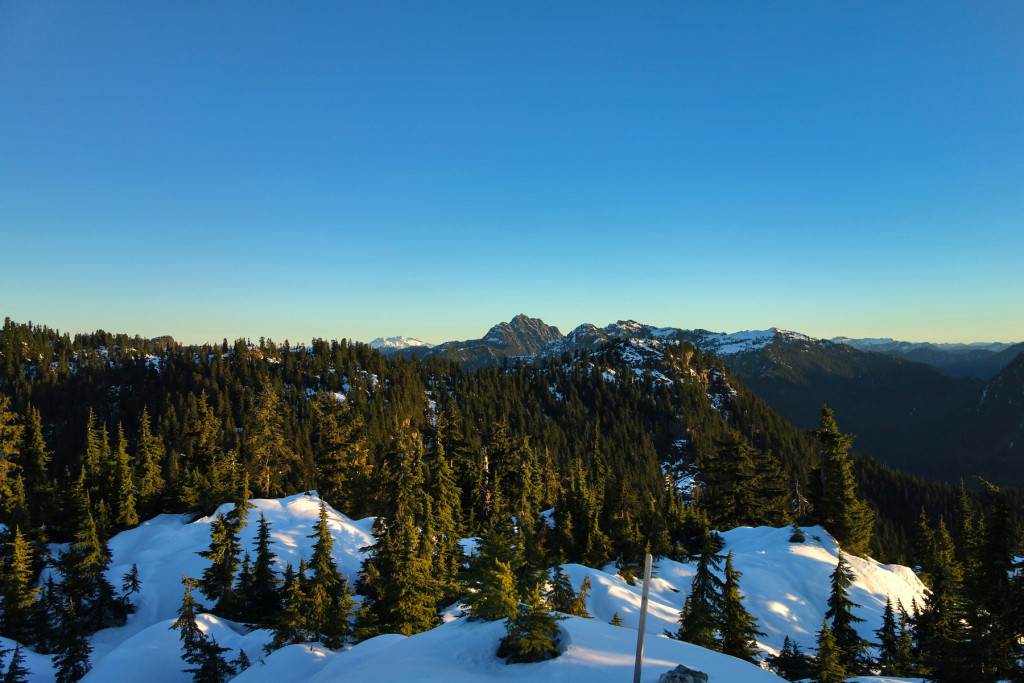 Finally, we packed up our gear and decided it was time to head back. The walk back was quick and effortless and we were back down to the car in no time. 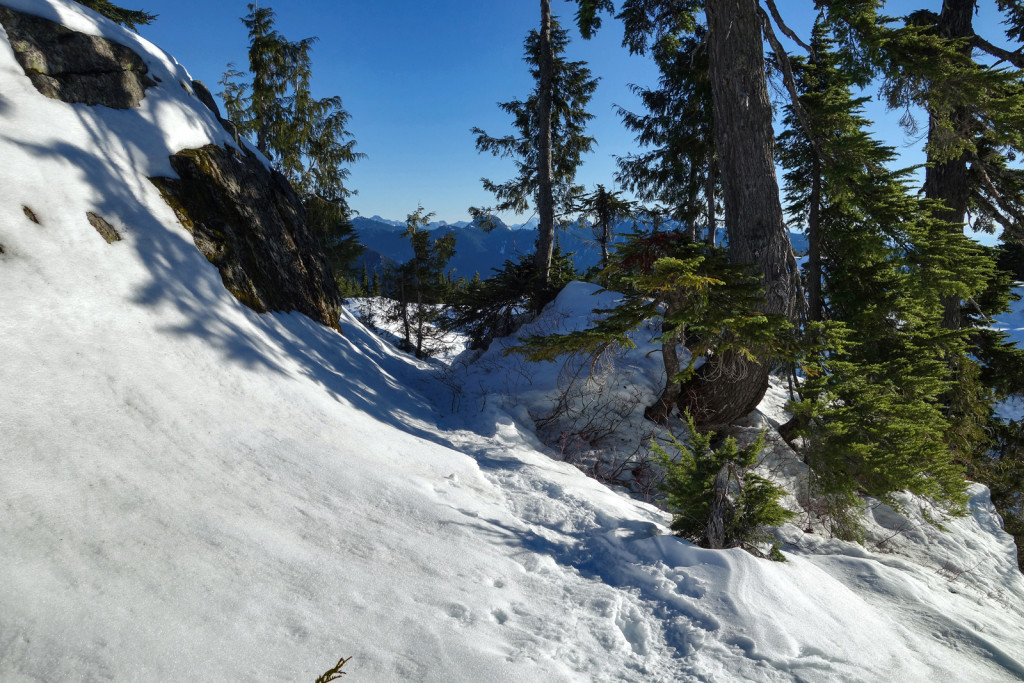 During our hike, I reduced my basal rate to 50% and ate a Fruit 3 bar to increase my low-trending blood sugars. As soon as we found our camp spot, I increased my basal rate to its normal amount and made sure my blood sugars were leveled out for the night. During our nap before sunrise, I found my pump alarming at a bg level ‘below 4.4mmol’. I had a pack of shotbloks and went back to sleep.

The hike wasn’t strenuous at all and I had a balanced dinner a few hours before departing; we weren’t too sure why I had a low later at night. Another thing I noticed was the next day, I was battling lows almost the entire day.

Have fun out there!